When Will The Bold Type Season 4 Premiere on Freeform? 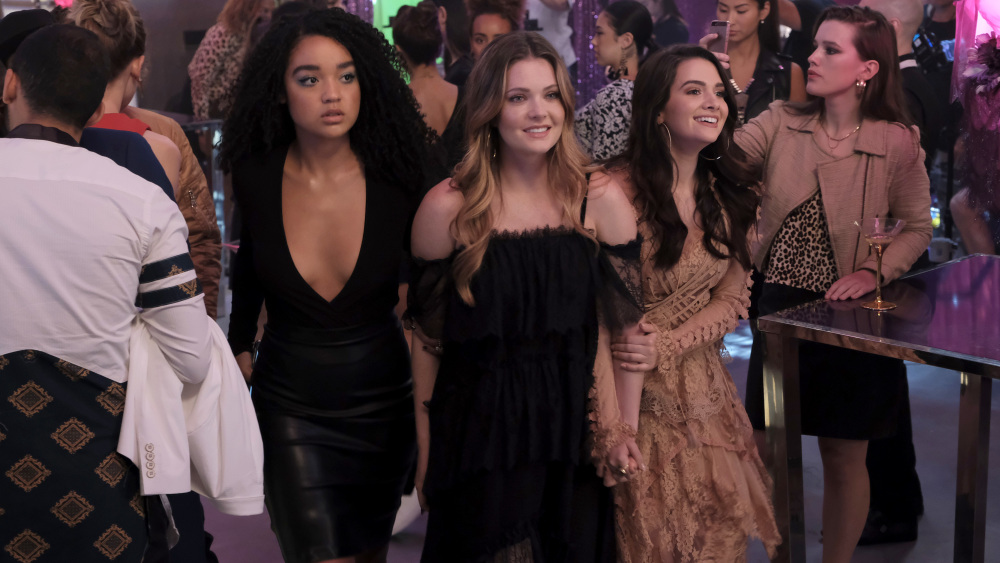 The Bold Type is an American comedy-drama television series that first premiered on Freeform on July 11, 2017. Created by Sarah Watson, the show is inspired by the life of former Cosmopolitan editor-in-chief Joanna Coles. The District, Sarah Watson Productions and Universal TV are the three producers of the show.

The Bold Type is one of the most innovative comedy shows made in recent times. It deals with the life of three journalists who work for the same magazine and live outrageously independent lives in New York.  The first season received tremendous critical appreciation, with review aggregator website Rotten Tomatoes rating it 96% and summarizing it as “Smart, hip, and exuberantly performed, The Bold Type sharply blends its soapy plotting with workplace drama that feels very of-the-moment.”

The second season premiered on June 12, 2018. The second season did even better than season 1 and received a 100% approval rating on Rotten Tomatoes. Even the third season followed suit in a similar pattern. As a result, the show was renewed for a fourth season by Freeform. Here’s everything we know about ‘The Bold Type’ season 4.

The Bold Type Cast: Who is in it?

Katie Stevens, Aisha Dee, and Meghan Fahy play the three lead characters of the show: Jane Sloan, Kate Edison, Sutton Brady. All three work at the Scarlett magazine. Jabe is a writer, Kate the social media director, and Sutton is the fashion assistant.

Vack and Floyd joined the cast in season 3. Vack’s character Patrick is a new writer who has joined the magazine and is charming, with a magnetic personality. Floyd’s character Tia is a campaign manager for a local politician.

Aisha Dee, Meghann Fahy, and Katie Stevens have been already confirmed to be returning for season 4. The trio confirmed the news via a statement, where they said: “On The Bold Type, we play characters who are determined to succeed in the New York fashion media business. We balance careers, friendship, and love on the daily. But this show is so important to us and our fans because regardless of who you are, we are all just trying to navigate the mess of our lives. And we are so excited to be coming back for Season 4! Here’s to more bold stories, friendship and a whole lot of rosé.”

Apart from them, most of the lead cast is expected to make a return in the fourth season.

The Bold Type Plot: What is it about?

The story of The Bold Type revolves around the lives of three friends — Jane Sloan, Kate Edison, Sutton Brady — who work together at the magazine Scarlett. They navigate different professional challenges while also managing their personal lives. They fall in love, get out of it, and move along.

They also have a nice boss, Jacqueline Carlyle, who, though stern, protects and loves them. One of the wonderful scenes in the show is when Carlyle dismisses a call from Beyonce because she was giving advice to Jane.

When Patrick Duchand is hired to take over the digital site of the magazine, Jane gets angry because she thinks it is stupid for a man to be running the digital site of a women’s magazine. There are clashes of ego between the new writer and the girls which take interesting turns.

The upcoming season of the show is going to be interesting because it might get political. While the fans found the first two seasons of the show inspiring because of the three ambitious girls at its center, the next season might push the boundaries. The show has always tried to keep important issues like the reproductive rights of women, sexual harassment at the workplace, internet security and racism. That isn’t going to change even in the next season.

Regarding the success of the series, Fahy, who plays Sutton, had this to say, “To continue these stories and the fact that it reaches so many countries and people… I think that’s beautiful. It’s a story that resonates with so many different people.”

The Bold Type Season 4 Release Date: When will it premiere?

On May 14, 2019, even before season 3 finished airing, Freeform renewed the show for another season. Considering the massive popularity of the show, it’s not a surprising decision at all. It was also announced that Wendy Straker Hauser will be the new showrunner.

You can watch the trailer for season 4 below: