Where to Stream The Boss Baby? 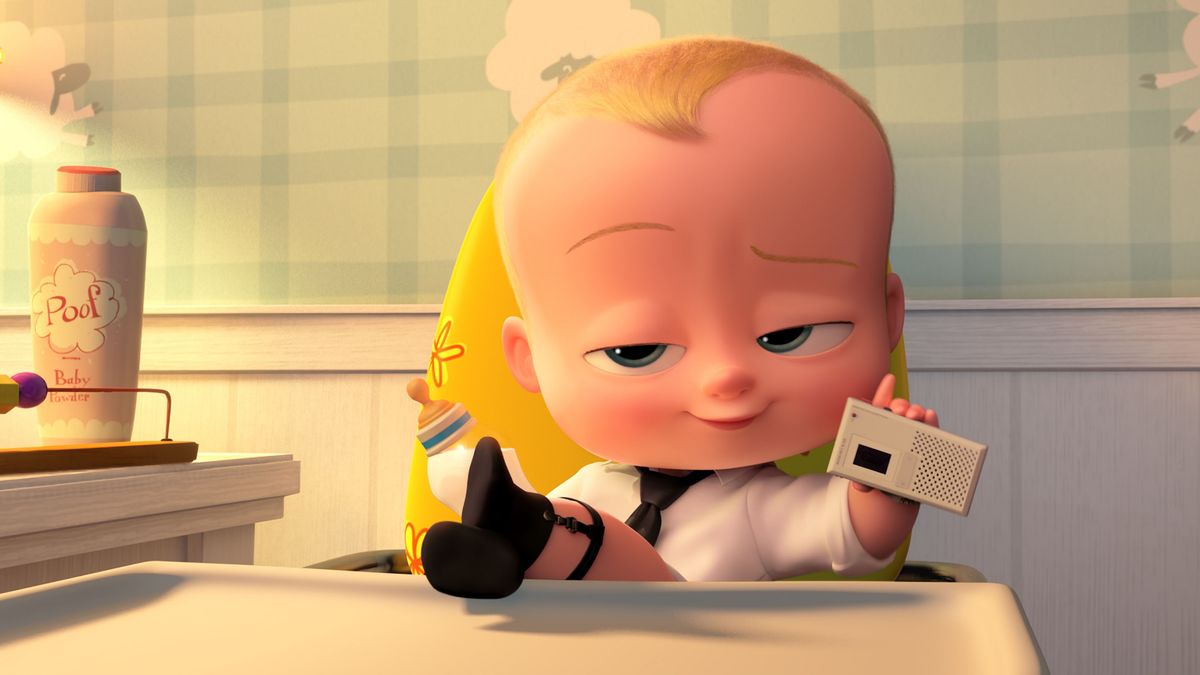 Animated movies are doing better now more than ever. This is primarily because of technological progress, and ‘The Boss Baby’ is one of the many animated movies to have come out in recent times that captured our imagination and piqued our interest, while managing to keep us entertained, all at the same time.

‘The Boss Baby’ is loosely based on Marla Frazee’s 2010 book of the same name. It comes from DreamWorks Animation who recently wowed us again with ‘How to Train Your Dragon: The Hidden World‘. Upon release, ‘Boss Baby’ was widely acclaimed and became a commercial and critical success. The animation was wonderful, the plot hilarious, with touches of emotional moments, and the voice acting was truly beyond words. The only reason ‘Boss Baby’ did not win any awards was because ‘Coco‘ came out that year and won everything.

It has a sequel slated to come out in 2021, so if you have not seen ‘Boss Baby’ yet, you should definitely watch it; and if you have seen it already, you know it is always fun to re-watch. So, we’ll tell you where to see the film, but before that, let us walk you through the story of ‘Boss Baby’.

What is The Boss Baby About?

The story of ‘The Boss Baby’ begins with an adult Tim Templeton (voiced by Tobey Maguire), who narrates a story about his childhood. We get to know that Tim was a kid loved by his parents, and had an overactive imagination. His parents Ted (voiced by Jimmy Kimmel) and Janice (voiced by Lisa Kudrow) showered Tim with a lot of love and affection. However, all of this changes when Janice becomes pregnant, and a baby brother is on the way.

Meanwhile, we are given a peek into an assembly line where we see babies getting made. Those who are tickled by a feather and laugh are given the green signal and go to families, while those who do not laugh when tickled are given the red signal and are sent to management. We see a curious baby meet this fate and get sent to management, where he dons a suit and comes out cold and hard, as someone who cares for the job above everything else. The next morning, Tim sees this suit-wearing baby arrive at the household and he is introduced as Tim’s brother. Immediately, Tim grows resentful of all the attention the new baby gets, not to mention the way it behaves suspiciously around him.

Soon, Tim stumbles upon the fact that the baby calls itself ‘Boss Baby’ (voiced by Alec Baldwin) and can talk and act like an adult. He plans to oust this baby by recording a conversation between the Boss Baby and the other infants at their house. However, he is found out, leading to a wonderfully hilarious chase sequence, which all comes to an end when Boss Baby threatens to rip apart Tim’s favorite toy, Lam Lam. Tim is forced to give up the recording and his parents ground him for three weeks.

However, Boss Baby takes pity on Tim and gives him a special pacifier that takes him to Baby Corp., Boss Baby’s headquarters. This place is filled with infants with the minds of adults who seek to maintain that infants remain loved everywhere. Boss Baby takes this chance to explain that puppies have been giving infants tough competition when it comes to being the most loved, and this is why Boss Baby infiltrated Tim’s family because his parents work for Puppy Co. Boss Baby also explains how he stays sharp by drinking a special baby formula, without which he will turn into a normal baby. When Boss Baby’s boss threatens dire consequences if he does not have information on Puppy Co.’s plans, Tim and Boss Baby decide to team up.

They end up going to the Puppy Co. headquarters with their parents and find out the plans about a “Forever Puppy”, but get captured by Francis Francis (voiced by Steve Buscemi). Francis Francis used to be head of Baby Corp. and was known as ‘super-colossal big fat boss baby’. However, being lactose intolerant, the special formula did not work on him, forcing him to retire, which made him come up with Puppy Co. to overtake Baby Corp. in gaining love.

Francis takes Tim’s parents to Las Vegas where he plans to launch the ‘Forever Puppy’ and entrusts Tim and Boss Baby to Eugene, who poses as a babysitter. Even without the special formula to keep Boss Baby sharp, Tim and he manage to make it to the airport but fail to intercept Ted and Janice. However, they do sneak off to Vegas. There is a final confrontation where Francis Francis tries his best to destroy Tim’s parents and let the ‘Forever Puppy’ reach the world. However, Boss Baby and Tim foil the plans, saving everyone and stopping Francis.

With the situation under control, Boss Baby receives a promotion and leaves, but Tim misses him too much and writes to him. Evidently, Boss Baby misses him too because he gives up his job and goes back to the assembly line. There, he lets the feather get his tickle spot and is sent to the Templeton family. The baby is named Theodore Lindsey Tempelton. When Tim’s daughter asks him if the story is true, he tells her to ask uncle Theodore, who arrives in a suit and winks at her.

The movie is immensely popular and well crafted, and now let us tell you where to watch ‘Boss Baby’.

Is The Boss Baby on Netflix?

Is The Boss Baby on Hulu?

Hulu has some fantastic animated content, which can cater to a wide array of viewers. Although ‘The Boss Baby’ is not on the platform, you can enjoy another masterpiece from DreamWorks Animation – ‘Shrek‘.

Is The Boss Baby on Amazon Prime?

Amazon Prime has a wonderful collection of films and television shows, that is perhaps only bested by Netflix. Though ‘The Boss Baby’ is not available to Prime subscribers normally, they can buy the movie for $14.99 for the HD version and $9.99 for the SD version, and stream it. Check it out here.

Where Can I Stream The Boss Baby Online?

You must be wondering if there is anywhere else you can stream ‘The Boss Baby’. Well, you are in luck because the internet is a vast place and full of options. Head over to FXNow, Fubo Tv or Sling, and you can stream the movie. But you need to have subscriptions to these platforms.

Where Can I Watch The Boss Baby Online For Free?

How can we forget the freeloaders? With so many works of animation coming out, you might want to pick and choose specific movies, and so you might want to watch it for free before making a financial commitment. Well, we have you covered. Head over to Fubo Tv and use their week-long free trial period to watch the film.