Will There be a The Boulet Brothers’ Dragula Season 4? 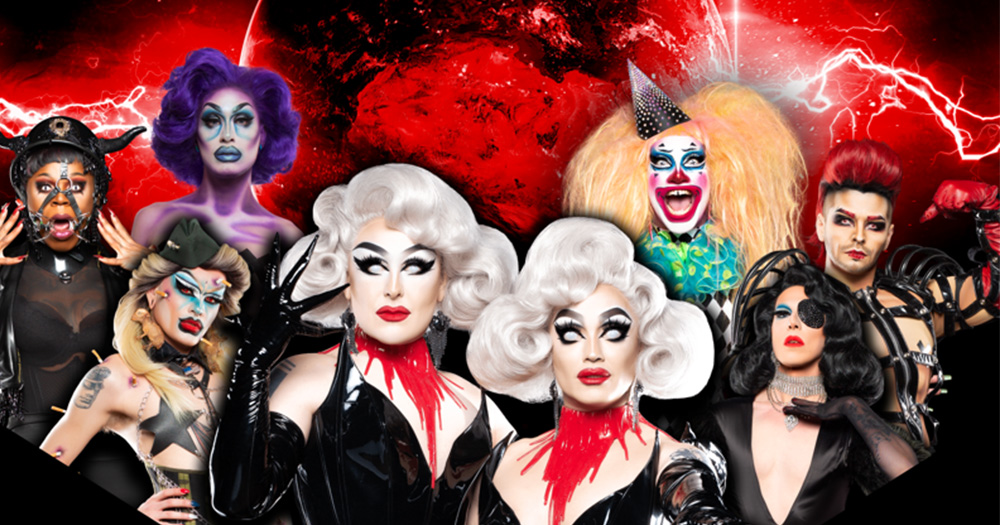 ‘The Boulet Brothers’ Dragula’ is a weird, horror-themed competition reality show that’s created and produced by The Boulet Brothers. OutTV also serves as one of the production companies. It originally aired on the YouTube channel, Hey Qween! and currently airs on the Canadian network OutTV, alongside additional platforms in other countries. In the US, it runs on Amazon Prime.

The show has had three successful seasons so far. Now the question is, will there be a ‘The Boulet Brothers’ Dragula season 4? We will delve into that question, but first let’s quickly look into the details of the series.

Who is the Host The Boulet Brothers’ Dragula?

‘Dragula’ is hosted by American drag queens, The Boulet Brothers, who also serve as the judges. Dracmorda and Swanthula Boulet are nightlife producers and contemporary horror hosts who created this show, based on their eponymous club event — which was previously held every month in Los Angeles and San Francisco.

If the show is renewed, we expect The Boulet Brothers to be back as the host for season 4.

The Boulet Brothers’ Dragula Plot: What is it about?

‘The Boulet Brothers Dragula’ is a one-of-its-kind reality tv series that entwines a scripted narrative with competitive elements. Each episode introduces viewers to a mini horror movie,  which then leads to the actual competition element.

Branded as a fan-favorite underground show, ‘Dragula’ features a team of talented monster drag artists from across the globe — battling one another to win the coveted grand prize, the crown, and the Dragula title, which brands him/her as the world’s next drag supermonster. Each episode showcases multiple challenges, specially curated to test the participants in skills related to costume design, special effects makeup, acting, and performance art. Toward the end of every episode, the monster with the lowest score has to prove his/her worth and that he/she deserves to remain on the show. For this, they need to face the ultimate fear-based challenges. These can range from them being buried alive to eating maggots, getting a tattoo, or jumping out of a plane.

Season 1 had nine contestants competing for the title, with prize money of $10,000. Some of the prominent guest judges are Darren Stein and drag performers Peaches Christ and Heklina. The finale ends with its sixth episode, announcing Vander Von Odd as the winner and the World’s First Drag Supermonster.

Season 2 featured 10 contestants and $10,000 cash prize. The final round showcases Victoria Elizabeth Black, James Majesty, and Biqtch Puddin’ competing for the title of Dragula. Toward the end, Biqtch Puddin’ is crowned as the World’s Next Drag Supermonster.

In season 3, the grand cash prize was upgraded to $25,000 and the number of participating drag queens remained 10. Additionally, the third season, for the first time in the history of drag reality competition shows, featured a drag king as well as a female drag artist competing against each other to make it to the top. Landon Cider, from Long Beach, California, was the winner for the third season.

‘The Boulet Brothers Dragula’ is a thought-provoking, unique series as it shines the limelight on an often, under-represented section of society, which is rarely depicted on mainstream television. It sheds light on the challenging lives of the LGBTQ community, comprising gay men, lesbians, and trans people, who perform as underground queer artists in their own communities.

The Boulet Brothers’ Dragula Season 4 Release Date: When will it premiere?

‘The Boulet Brothers’ Dragula’ season 3 premiered exclusively on Amazon Prime Video in the US and 63 countries globally on August 27, 2019, releasing one episode every Tuesday at the same time slot. It also started airing simultaneously on OutTv in Canada and TVNZ in New Zealand. Owning to its massive popularity, the underground show soon progressed from a web series to air on one of the world’s largest streaming platforms after its first season.

Since its original debut, ‘Dragula’ has received positive reviews from fans and critics alike. The loud, weird series offers a truly horrifying experience and goes a long way in doing away with heteronormativity. Vice.com describes ‘Dragula’ as not “just a show about drag queens who love grotesque, hardcore queer performance art, but also encouraging us to stand united, whether you’re a supermonster or not.”

Considering all the above factors, we fully expect the show to be renewed again. Keeping in mind its fairly regular schedule, we expect ‘The Boulet Brothers’ Dragula’ season 4 to premiere sometime in August or September 2020.

Check out the official trailer of ‘The Boulet Brothers’ Dragula’ season 3 below. For more details and clips from the show you can also visit their official site.