When Will The Bug Diaries Season 2 Premiere on Prime? 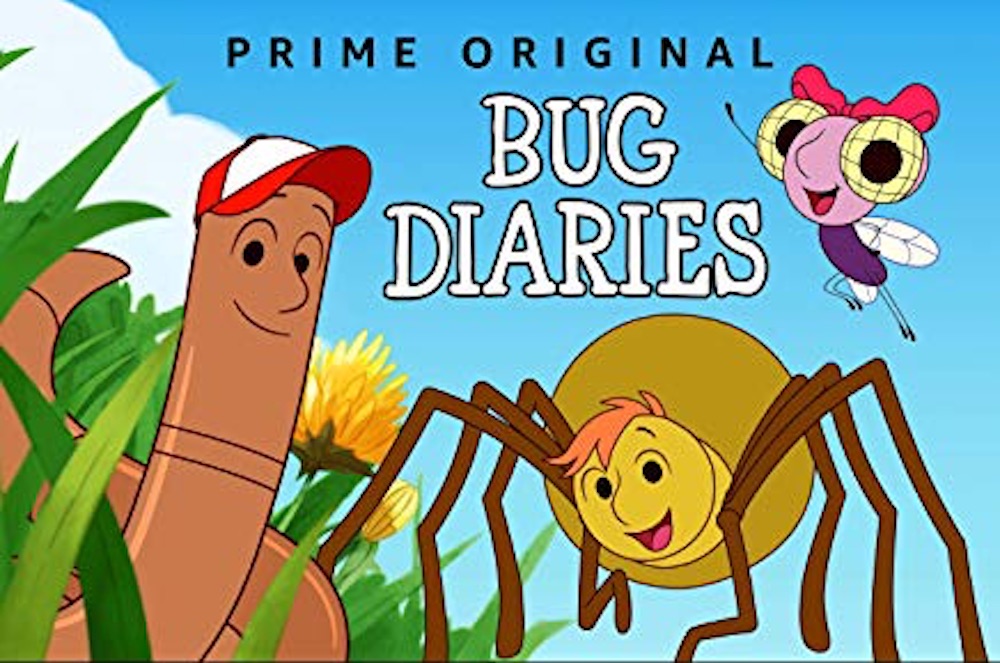 Written by celebrated American children’s books writer Doreen Cronin, and illustrated by the equally well-known Harry Bliss, the three bestselling books, ‘Diary of a Worm (2003)’, ‘Diary of a Spider (2005)’, and ‘Diary of a Fly (2007), together form the plot of the children’s TV show ‘The Bug Diaries’, which streams on Amazon Prime Video.

This witty show for preschoolers follows the adventures of the unlikely bug trio of Fly, Spider and Worm as they fly, spin and wriggle in and out of adventures in the adverse, much larger world that surrounds them, creating in the process fascinating entries for their bug diaries.

Amazon was in the process of the series’ production for a few years now, with them initially announcing plans for its production, along with the live-action ‘Sid & Marty Krofft’s Sigmund and the Sea Monsters’ back in 2016. While speaking about ‘The Bug Diaries’ during Amazon’s initial announcement in 2016, Tara Sorensen, Head of Kids Programming at Amazon Studios said, “We are so excited to bring this beloved series, Bug Diaries, to our customers that highlights important life lessons for our young viewers”.

The show, which debuted in April 2019, has had one successful season so far. Here’s everything we know about ‘The Bug Diaries’ season 2.

The Bug Diaries Cast: Who is in it?

Created by American animator Gilly Fogg, ‘The Bug Diaries’ includes a host of voice actors with the major characters of Worm, Spider and Fly being voiced by Nilah Rivera, Logan Smith, and Abigail Dylan Harrison, respectively.

The number of episodes in which the aforementioned cast feature is different for each voice actor, with the exceptions of the primary cast members- Harrison, Rivera, and Smith — who are all set to reprise their voiceover roles in season 2.

The Bug Diaries Plot: What is it about?

With the acclaimed writer-illustrator duo of Doreen Cronin and Harry Bliss at its helm, Amazon Prime Video’s children’s series ‘The Bug Diaries’ is an amalgamation of the plots of three of their books. The first book in the series namely ‘Diary of a Worm’ hilariously follows the adventures of a school-going worm as he understands both the good and the adversities surrounding him, through his daily diary entries.

‘Diary of a Spider’ the second book is written as the titular Spider’s diary, including illustrations showing the Spider’s family, a picture of his favorite book, a discovery of a sculpture and a playbill from the school’s production of ‘Itsy Bitsy Spider’. Parallel plotlines of the Spider’s friendship with Fly (the titular character of the final book of the series), and his encounters with the bug hating Grampa, are also included in the book.

Worm from the first book of the series is seen making occasional appearances. ‘Publishers Weekly’ reviews the book by writing “This endearing book delivers a gentle message that comes through when Spider muses, ‘I wish that people wouldn’t judge all spiders based on the few spiders that bite. I know if we took the time to get to know each other, we would get along just fine. Just like me and Fly’.”

The third and final book of the series, ‘Diary of a Worm’ takes the readers into the world of an adventurous Worm, as seen through his daily diary entries. Worm learns a new fact of life every day; in the process understanding the yin and yang of his bug-like existence. Events recorded in Worm’s diary include attending school, his playtime and playmates, and his family-time — identifiable topics for the book’s children readers.’

The Bug Diaries’ is structured as a combination of the plot points of the aforementioned books, thus, in all probability, has no major difficulty in capturing the imagination of its children audiences, due to its relatable content. For instance, in season 1, Fly hatches a plan to tackle a dog and finds himself in his favorite place (the city dump yard), he meets with an accident when he hits a tree, and Spider and Fly help Worm in search for the right underground home. Season 2 will embrace the same trope and continue following the trio as they embark on multiple weird adventures.

The Bug Diaries Season 2 Release Date: When will it premiere?

‘The Bug Diaries’ season 1 premiered on April 12, 2019, on Amazon Prime Video, in all its entirety of five episodes.

Considering the fact that the books on which the show is based on already enjoy a solid children’s fan base in America, it proved to be instrumental in helping the show gain its initial popularity. And we had no doubt that the series would receive a renewal. But fans were skeptical regarding the release date since season 1 landed after a prolonged period of production followed by an equally elongated post-production process.

However, putting an end to all doubts, Amazon announced that the show has indeed received a renewal. And we are even getting an early release date. ‘The Bug Diaries’ season 2 will premiere on January 3, 2020.

We don’t have an official trailer for season 2 yet. While we wait for one, you can watch the season 1 trailer below: