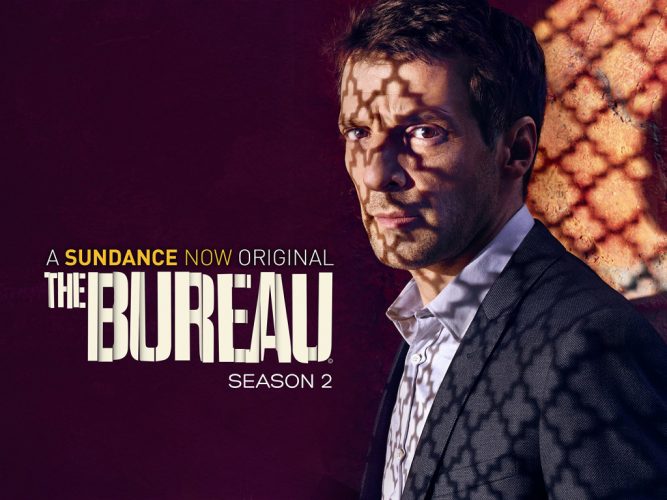 The Bureau, also known as Le Bureau des Legendes, is a political thriller television series in the French Language created by the acclaimed French director and screenwriter Eric Rochant. The series is also directed and produced by showrunner Rochant along with Alex Berger and Pascal Breton, among others. The filming locations of the show include Paris, Syria, Algeria, and Iran.

The show that first premiered on the premium French television network, Canal+ on April 27, 2015, focuses on France’s major external security service, General Directorate of External Security or the DGSE. It received positive reviews and quickly earned a reputation as one of the finest French dramas series to date. Unsurprisingly, the show got renewed for a second season. The series soon premiered in Canada and the US exclusively on iTunes, earning a position in the top five most downloaded TV series for two weeks, with a high viewer rating. The series went on to win the French Syndicate of Cinema Critics Award, Le Parisien Award, Globes de Cristal Award for Best Series, and French TV Critics Association Awards for Best Production. Given the popularity of the show, it was acquired by Sundance Now to be broadcast in the US. In the UK, the show premiered in 2016 on Amazon Prime and in Germany, it was broadcast on RTL Crime.

Alex Berger, the producer of the series, shared his most emotional moment in an interview and shed a light on the difficulties they faced. He said, “We wanted to be as accurate as possible for the series. We contacted the DGSC and asked if we could interview someone. At first they said no, but when we told them that the project involved Eric Rochant they called back and agreed. When we showed the first two episodes to them it was one of the most emotional moments in my life.” He added: “We were taken through the DGSC building through a tunnel to another section. We entered a dark room. We heard the closing titles and then the lights came up and we saw there were 300 secret service agents watching. They gave us a standing ovation. We were utterly taken aback. They all thanked us and said it was right on the nail. None of these people can tell their families what they do. But this series is so realistic it gets the message across.”

The Bureau Cast: who’s in it?

Following are the primary cast members of the show:

Guillaume Debailly (played by Mathieu Kassovitz) is code-named as ‘Malotru’. He has a daughter, an ex-wife in Paris, and a girlfriend from Damascus.

Marina Loiseau (played by Sara Giraudeau) is code-named as ‘Phenomene’. She is a young, brilliant woman who is under vigorous training to become the next deep-cover agent.

Henri Duflot (played by Jean-Pierre Darroussin) is the director of Bureau of Legends, a unit within DGSE, which is also known as the Service of Clandestine.

Dr Laurene Balmes (played by Lea Drucker) is a new recruit in the behavioural psychology department as a psychiatrist. Her job is to assist the agents, the techniques of manipulating the targets. She is also a double agent for the CIA.

Nadia El Mansour (played by Zineb Triki) is the girlfriend of Guillaume from Damascus and a history professor in Syria.

Colonel Marc Laure (played by Gilles Cohen); his codename is ‘MAG’. He is the Director of intelligence and also the boss of Henri Duflot.

Marie-Jeanne Duthilleul (played by Florence Loiret-Caille) is Debailly’s handler, who later becomes Loiseau’s handler after Debailly returns from Syria. She then succeeds Henri Duflot as head of the Bureau.

The Bureau Plot: What is it about?

The Bureau focuses on former spies’ accounts of contemporary events and revolves around the mysterious missions and daily lives of the agents belonging to the Directorate-General for External Security. This ‘Bureau of Legends’ is responsible for the training of deep-cover agents who are often sent on long term missions within the areas concerning French interests, especially the Middle East and Africa. The agents pursue only one mission, that is the identification and recruitment of eligible intelligence sources, by living under false identities for years at once.

The series recounts the experiences of various intelligence officers and highlights the tough lives they lead. For instance, we learn about Guillaume Debailly (code name ‘Malotru’) who after six years of duty as undercover in Damascus, returns to Paris where he finds it difficult to reconnect and adjust with his ex-wife, daughter, colleagues, and even his former self. He is unable to revisit his normal life now, knowing that his girlfriend Nadia from Damascus, is also in Paris. The first season is all about Guillaume leading life as a spy and his unsettling experiences with Nadia.

As the series progresses into another season, it shifts its focus to Marina Loiseau, who is also an agent working undercover in Tehran as a Seismology specialist. She is expected to compile Intel on the nuclear weapons programme of Iran. Amidst all this, the DGSE is faced with another challenge, that of a French Jihadist thirsty for blood, thereby wrecking the peace of France’s law agencies. Meanwhile, we see Guillaume getting promoted to deputy director and working as a double agent on the CIA’s behalf. He is now desperate to put an end to the awkward situation with Nadia, which is not without severe consequences on both their parts.

The Bureau Season 5 Release Date: When will it premiere?

The Bureau season 4 premiered on October 22, 2018 on Canal+. As far as the next season goes, we don’t have an official announcement yet. Though considering the popularity of the show, we would be surprised if it doesn’t get another season. All the last four seasons came within a year of each other, so our best guess is that if the show does get renewed, The Bureau season 5 can release sometime in October 2019. We will update this section as soon as we hear more.

While we wait for an update on The Bureau season 5, check out the below trailer to refresh your memories. If you haven’t seen the show yet head over to Sundance Now to catch all the episodes of the previous seasons.