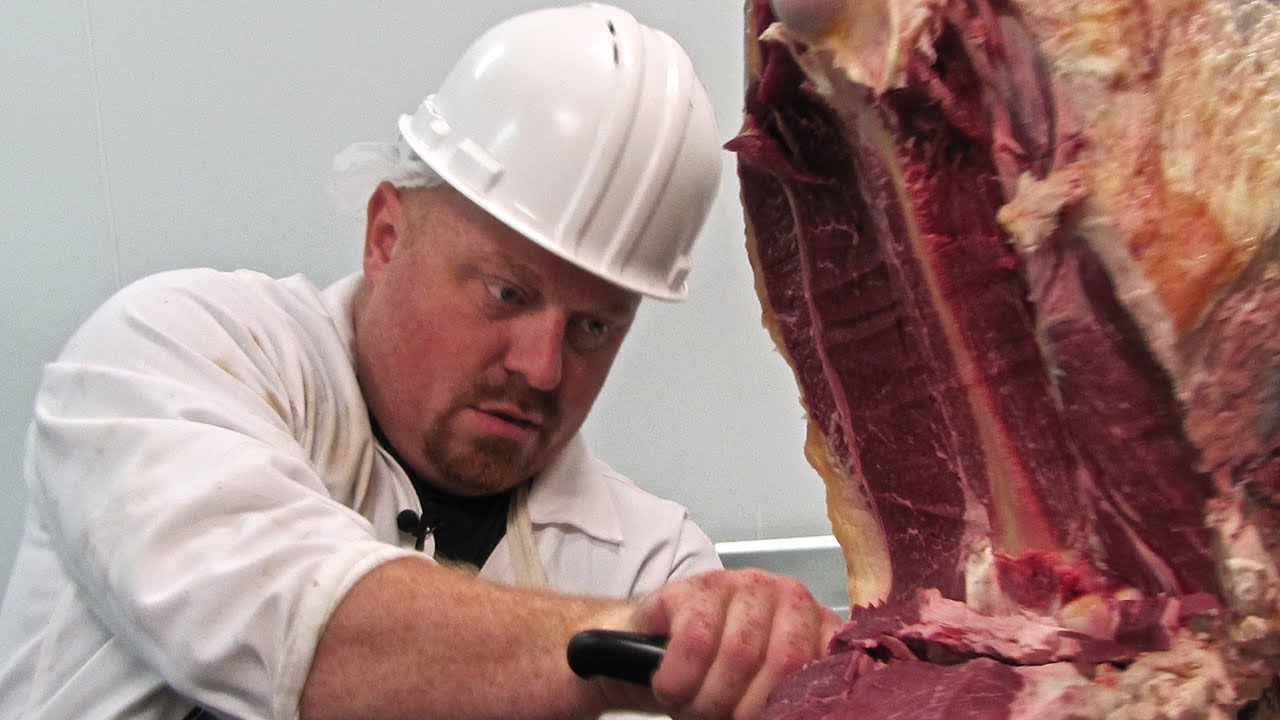 We humans love meat, don’t we? Although there is no specific date and time as to when meat became so essential for our survival, its origins can be traced way back to the Stone Age. The fact is we humans are omnivorous — despite what vegans might tell you. And as part of meat consumption, one important skill that is very essential is the artistic craft of a butcher. If you know, when food-borne diseases were fatal for human lives in ancient civilizations, it was the butchers, who with their precise techniques and keen eyes, prevented such deadly ailments from taking a toll. There are still regions in the US that carries out this tradition. However, only a few possess the extraordinary skills that qualify him or her to be a ‘Master Butcher.’

History Channel‘s ‘The Butcher’ is solely aimed at unearthing the best professionals in this industry. This high-stakes and competitive reality TV show is the ultimate showdown where exceptional butchers use their knowledge, ideas, and techniques in order to pass the final test. As per the synopsis on History, “With their sharp knives and even sharper skills, these butchers carve their way through painstaking challenges, use their expert talent to adapt to historical twists, and reveal the fascinating secrets of the butcher’s world.” Produced by Railsplitter Pictures, the same company that produced the other History smash hits such as ‘The Curse of Oak Island’ and ‘Forged In Fire’, ‘The Butcher’ first premiered on the channel on May 22, 2019.

The Butcher Cast: Who is in it?

‘The Butcher’ is hosted by Colby Donaldson, widely recognized as the runner-up on ‘Survivor: The Australian Outback’. He is also the host of other popular shows such as ‘Top Shot’ and ‘Top Guns’. Colby, a native from rural West Texas, is a trained welder and metal fabricator from a cattle ranching family. Therefore, he holds extensive know-how about wildlife, accompanied by outdoor activities such as hunting, grilling, and smoking meat.

Chef Roxanne Spruance, a leading chef from New York City, features as one of the judges on the panel. She is primarily recognized for her unique talents in creating delish, seasonal food while bringing in hints of local traditions. With valuable knowledge about all types of skills required in the kitchen, she also loves hunting, backpacking, and fishing. Spruance was also a winner on ‘Chopped‘, a competitive food show. Additionally, she has featured at the James Beard House and in events like ‘Taste of T’, ‘New York Taste’, and the ‘New York City Wine and Food Festival’.

Dave Budworth is credited as the second judge in the show. He was fascinated with the deft art of slicing large carcasses into fleshy steaks from quite a young age. He had worked in Northern Australia as a fruit picker on a squash farm. He currently works under the San Francisco Bay Area butcher masters and his talents are a mix of old-school styles and contemporary techniques. He runs his shop at Marina Meats in San Francisco and takes whole lamb butchery classes at San Francisco Cooking School.

The third and final judge in the show is Michael Sullivan, who holds a lifelong passion for butchery, culinary arts, and charcuterie. He had graduated from the Culinary Institute of America and has worked as a chef and butcher in several establishments. He is now employed at Blackberry Farm as Butcher and Charcutier.

The Butcher Plot: What is it About?

The entire season of ‘The Butcher’ is held within a studio-based venue, featuring new participants every week. It follows a format that’s quite similar to the one used in ‘Chopped’. Every episode features four contestants, three challenges, and one winner. The candidates need to compete against each other in three rounds of extremely difficult tasks, with the highest scorer being declared as the winner for that particular episode. On top of this, the contestants have to tackle several types of ‘mystery meat’, which include alligators, ostriches, and other dead carcasses hanging on hooks, waiting to be sliced into artistic pieces. Any resident from the United States and Canada is eligible to participate in the contest and the winner receives a cash prize of $10,000.

The Butcher Season 2 Release Date: When will it premiere?

‘The Butcher’ season 1 premiered on May 22, 2019 on History Channel. Those who love eating meat found the show fascinating.

Recently, History’s addition of non-fiction series has witnessed quite a spike in viewership numbers. That’s why shows like ‘Chopped’, ‘The Curse of Oak Island’, and ‘Forged in Fire‘ have been renewed for multiple seasons. Just like those shows, we expect ‘The Butcher’ to be renewed as well. After checking out the format and concept of the show, we are almost sure that a season 2 is in the making. Our best guess is that ‘The Butcher’ season 2 could release sometime in May, 2020. However, we shall update this section with a precise timeline as soon as we receive more concrete news on the same.

While we wait for an announcement of ‘The Butcher’ season 2, check out the trailer of season 1. Additionally, you can also head to History Channel’s official site for the show to catch with all the episodes of the first season.