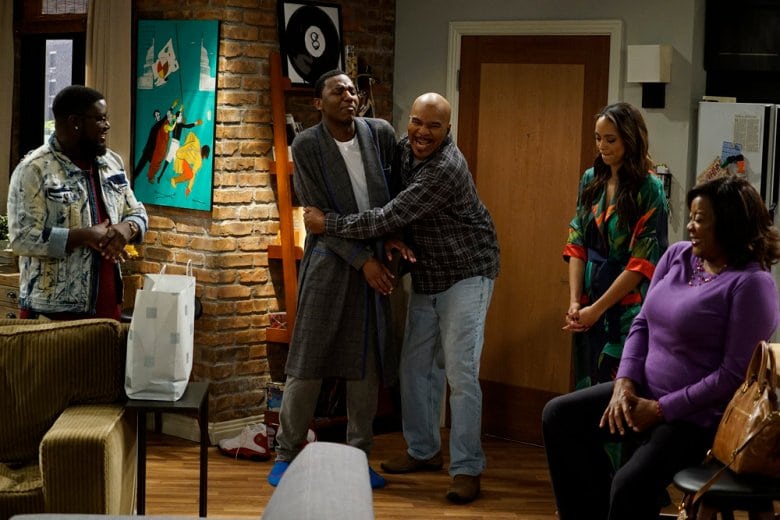 Life, in its purest form, is as funny as anything there can be. The subtlety and performance of a talented bunch have made the sitcom, ‘The Carmichael Show’, very popular in both America and several other countries. The show has been created by the combined efforts of Nicholas Stolle, Jerrod Carmichael, Ari Katcher, and Willie Hunter. The show airs on NBC and first premiered on August 26, 2015. Over the seasons, the critics have praised the show’s originality, acknowledging that it is a smart and crafty comedy.

The Carmichael Show Cast: Who is in it?

Jerrod Carmichael plays himself, as the main lead of the show. Fans of the show feel that no one could pull off some of the lines of the show in the manner he does. He is undoubtedly the main reason for the show to have such a high rating. Amber Stevens West, of ‘Happy Together‘ and ‘22 Jump Street‘ fame, pairs with him, as she plays Maxine North, his girlfriend. She later becomes Maxine North-Carmichael as they get married in one of the later episodes.

Other characters include Lil RelHowery as Robert “Bobby” Carmichael, Jerrod’s brother. The beautiful Tiffany Haddish plays Nekeisha Williams-Carmichael, Bobby’s ex-wife, who goes on to become his roommate due to circumstances. The role of the mother of Jerrod and Bobby is played by Loretta Devine, known for her performance in ‘Grey’s Anatomy‘, as Cynthia Carmichael. David Alan Grier plays the role of their father. His character is named Joe Carmichael on the show.

Read More in TV Preview: The Strain | The Halcyon

The Carmichael Show Plot: What is it about?

Like many sitcoms in the past, ‘The Carmichael Show’ predominantly targets the family audience. However, there is something for everyone to relate to, as the show often has a hilarious take on several current and societal issues. It addresses racial and other kinds of discrimination in a somewhat humorous context. The story revolves around a fictional version of comedian Jerrod Carmichael’s family, based in North Carolina.

Episodes often tackle pressing social issues and current events in a humorous context. The best part about this show is that it finds its stride while traveling through the murkiest of topics. We are given a glimpse at what could be any family unit tackling a gamut of modern issues, and there is something to be said about finding comfort in uncomfortable conversations. The show has a lot of similarities with ‘Black-ish‘ and the basic point it is trying to get across seems to be that America needs to have discussions about the topics raised in this series. However, the shooting style of the show is deliberately old school, so as to ease the viewers into a sense of familiarity.

The New York Times sums up the show well, saying, “That gasp-worthy kicker is the essence of “The Carmichael Show,” which is less interested in persuading its audience than denying them easy refuge. This sitcom is trying to say a lot right off the bat, and it sometimes knocks up against the cardboard edges of its characters. But it’s on its way to becoming one of TV’s finer discomfort zones.”

The Carmichael Show Season 4 Release Date: When will it premiere?

‘The Carmichael Show’ Season 3 premiered on May 31, 2017. While the series was a resounding success, NBC had no option but to cancel it when Jerrod Carmichael decided to move on to other projects. He released a statement via his publicist, which read, “For three seasons (okay 2.5), I got to make a show that I love with my friends,” he said. “It’s something I’ve wanted to do since I was 13. Now, I’m excited to go make other things that I love. Thank you to every person who worked on or watched ‘The Carmichael Show’.”

“The Carmichael Show was such a wonderful show that we choose to focus today not on its loss but on the three incredible seasons we had the pleasure to produce,” said 20th Century Fox TV Presidents Jonnie Davis and Howard Kurtzman in a statement after the show was announced to be canceled. “We are thankful to the brilliant Jerrod Carmichael and his talented cast, and to showrunner Danielle Sanchez-Witzell, our fantastic writers and devoted production team. It’s a rarity that a comedy series tackles the social and political issues of the day in such a clever and hilariously funny way. This show was special, and we will miss it.” NBC’s chairman added to this, saying, “We are enormously proud of ‘The Carmichael Show’ and Jerrod’s talent and vision to do a classic family sitcom that also taps into issues and relevant stories from the real world. We thank and salute the cast, crew, and producers — and especially Jerrod — for three critically acclaimed seasons.”

You can check out the trailer for ‘The Carmichael Show’ below. If you have not seen the series, this is the perfect time to tune and watch one of the most entertaining and unpredictable comedies to have come out in recent times.