The Challenge: Champs vs. Stars Season 4: Premiere Date and Cast 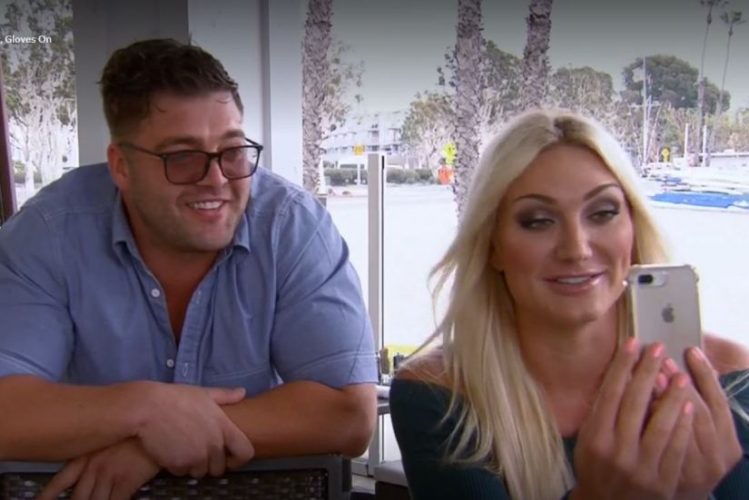 ‘The Challenge: Champs vs. Stars’ is a reality competition series that first premiered on November 21, 2017, on MTV. The show features former contestants and winners of ‘The Challenge‘, ‘The Real World‘, and ‘Are You The One?‘. These contestants compete with celebrity professional athletes one-on-one tasks, over eight weeks, to win the final cash prize of $150,000.

After three seasons, the only questions fans have is whether ‘The Challenge: Champs vs. Stars’ Season 4 is in the works. We delve into that after offering a quick look at the show’s details.

The Challenge: Champs vs. Stars Cast: Who is in it?

Mike ‘The Miz’ Mizanin is the host of the show. He is a prominent face on MTV and eventually began using his wrestling alter ego, ‘The Miz’. In the upcoming years, he became a vital part of MTV’s reality shows and hosted ‘The Real World’ and ‘The Road Rules’ as well.

Mike was later offered a developmental contract by WWE’s ‘Tough Love’. Mike over the years, has won many WWE titles like 25th Triple Crown and 14th Grand Slam Champion. Apart from wrestling, he has also starred in movies like ‘The Marine 3: Homefront’, ‘The Marine 4: Moving Target’ and ‘The Marine 5: Battleground’.

The Challenge: Champs vs. Stars Plot: What is it about?

The game format is a little complex but quite interesting. The show starts with ‘Challenge Games’. In the ‘Tow Truck’ challenge, the contestants from both genders pull a semi-truck on a small inclined path. In ‘Parkour the Course’, the contestants are required to gather as many flags as possible, and the opposing team members have to hit them with balls.

‘Slamball’ is similar to basketball, where the contestants, without jumping, have to score the maximum number of points across an arena full of trampolines. There are four more challenges after that – Push Ball, Jumbo Foosball, Flag Pole, and Sink or Swim.

In Season 3, the challenges are different from those of Season 1 but, the format is still the same. The season begins with a ‘Stair Down’ task, where the contestant covered in lubes has to climb up a flight of stairs without falling. In ‘Over The Edge’, the contestants sit on top of a shuffleboard and other contestants push them to score more points.

‘Face Off’ is similar to football as the contestants have to play offense and defense. They have to kick the ball past a certain distance and the opponent team has to stop the ball. After 6 more such challenges, the teams enter the Bankroll Round, where they collect coins for their ‘Miz Bank’. This round too has four different challenges named Puck It, Blockhead, Eat and Run and Beat Box.

After completing all the rounds, the contestants move on to the final Arena Game challenges. They clear seven rounds namely Screw Off, Rock & Roll, Throwing Shade, Popping Tags, Free Your Mind, Flip Cup, and Icy Hot. The final winners of the show get a cash prize of $150,000 that they generally donate to their favorite charities.

For ‘The Challenge: Champs vs. Stars’ Season 4, we do not expect any major changes in the format of the show, though the particular challenges might change and get more difficult.

The Challenge: Champs vs. Stars Season 4 Release Date: When will it premiere?

‘The Challenge: Champs vs. Stars’ Season 3 premiered on April 17, 2018, on MTV. The season was spread across a total of 11 episodes and the final episode released on June 26, 2018. The show has received great reviews from the audience and the critics. There is still no official announcement regarding the renewal of the show.

The show should have been renewed for Season 4 in 2019 but, as there is no sign of that happening as of yet, it is safe to assume that the show has been delayed. We believe it is likely for ‘The Challenge: Champs vs. Stars’ Season 4 to release sometime around April 2020.

The show is full of excitement, adventure, and fun. It also gives the contestants an opportunity to challenge famous celebrity athletes. This brings them fame and also helps them learn new tricks and techniques. If you are a sports junkie or love adventure, we think you are going to love this show.

The Challenge: Champs vs. Stars Trailer:

You can catch the glimpse of Season 3 below, to get an idea of the show.