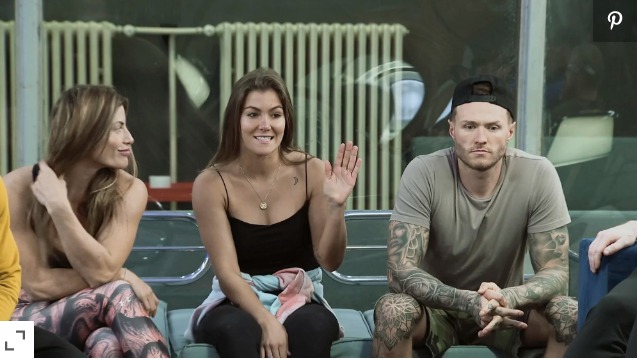 This week in ‘The Challenge: Total Madness’, the players are still reeling from the double-elimination from last week when Bear and Jordan had to go back home. And in episode 9, we have yet another twist! There is a double elimination this time around as well where two strong female challengers are asked to pack their bags. On a good note, we also have two Red Skull winners. Well, we will cover all the major bits of the ninth part in our recap section. But before that, let’s get ready for the next week. Read on to know everything about ‘The Challenge: Total Madness’ episode 10.

The Challenge: Total Madness Episode 10 Release Date: When Will It Premiere?

MTV describes the upcoming episode as follows: “Bananas and Wes’ alliance comes to a crossroads as players realize that they may not have much longer to earn a Red Skull to make it into the finals. Players must compete in TJ’s favorite game of each season: trivia.”

Where to Watch The Challenge: Total Madness Episode 10 Online?

The first round in ‘The Challenge’ episode 9 does not have Big T as a participant since she is deemed medically unfit after splitting her toe open. She is sent back home. The daily task for the week involves dropping the players, in teams, into tunnels — where they need to search for and collect five puzzle pieces, return, and crack the puzzle. The teams are Fessy, Nelson, Kaycee, and Jenny; Bananas, Rogan, Kyle, Melissa, and Jenna; Wes, Cory, Bayleigh, Nany, and Dee; and Josh, Swaggy, Aneesa, Mattie, and Kailah.

The winner for this round is team 3: Wes, Cory, Bayleigh, Nany, and Dee. They are the fastest to solve the puzzle. In the nominations, Kaycee nominates herself, followed by Aneesa. The following day, the Tribunal chooses Jenny, Kailah, Melissa, and Jenna for interrogation. The Tribunal finally pits Kailah against Kaycee and Jenna to go against Aneesa. In the elimination round, the contestants are taken to a massive dumpster that has 100 heavy medicine ball “bombs.” The players require to unload all 100 bombs. Once they are done, they need to detonate a smoke bomb. The first one to complete the task wins.

Finally, the winners are Kaycee and Aneesa. And we have two more eliminations this week. Jenna and Kailah are asked to pack their bags. THE END!