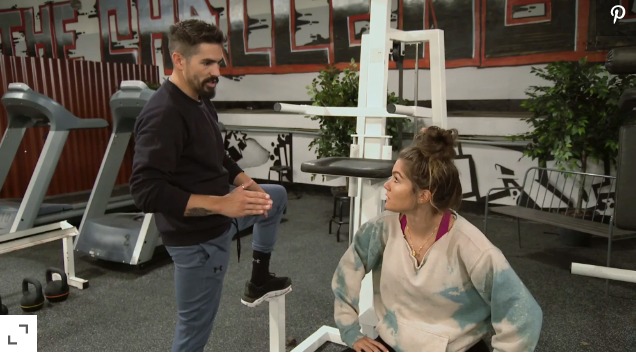 This week’s episode of ‘The Challenge: Total Madness’ features the last round of eliminations before the much-awaited finals. And this time, we have another female eviction. There are three-remaining girls without a red skull — Nany, Melissa, and Bayleigh, and this is their last chance to earn one. So yes, the potential of drama is high — it’s “do or die!” Moreover, the challenges thrown at the players this week are extremely difficult — demanding huge doses of stamina. Well, we will cover all the major bits of the 13th part in our recap section. But before that, let’s get ready for the next week. Read on to know everything about ‘The Challenge: Total Madness’ episode 14.

The Challenge: Total Madness Episode 14 Release Date: When Will It Premiere?

MTV describes the upcoming episode as follows: “Aneesa worries that her Red Skull may be in jeopardy when players wonder if she has what it takes to run a Final; Fessy makes a questionable move against his alliance; a nighttime challenge and another double elimination shock.”

Where to Watch The Challenge: Total Madness Episode 14 Online?

In ‘Victim of Love’, the challenge of the week is called Bloc’d In. The players are divided into two teams of seven each and each team must work together to free a red car, which is blocked and packed inside multiple surrounding black cars. Of course, the group to finish the task first wins and all the seven members form the Tribunal. In team 1, we have Jenny, Bananas, Nany, Aneesa, Rogan, Cory, and Josh. Team 2 consists of Kyle, Nelson, Melissa, Bayleigh, Fessy, Kaycee, and Dee. And the winner? Team 1.

Since Nany is in the Tribunal, it means that she will go into Purgatory against either Melissa or Bayleigh. The losing team is given the option to give the house vote. During the nominations and after the interrogations, Nany and Melissa are the ones battling it out for the red skull. The task is called Off With Your Heads. Players need to wear jumpsuits, which have five red skulls attached in different spots. The one who is able to detach all the red skulls from the opposite player wins. So who is the winner? Melissa!