When will ‘The Chef Show’ Return to Netflix? 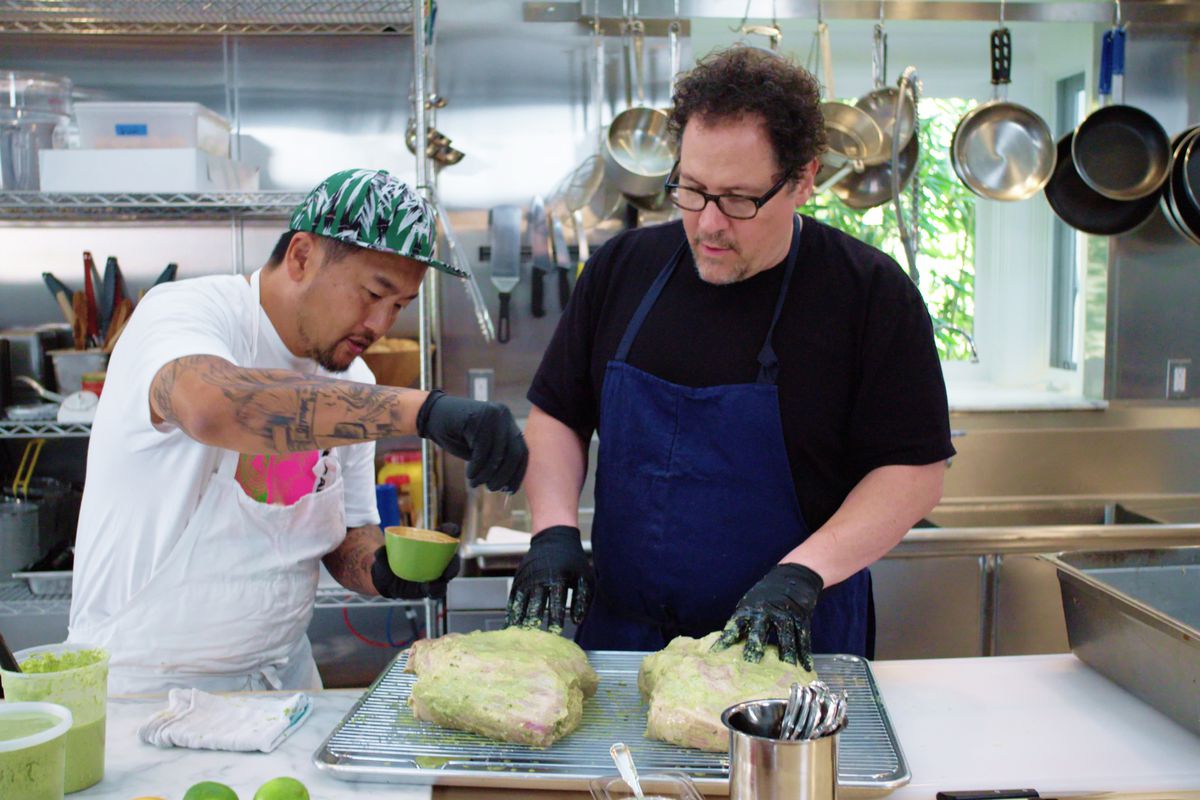 ‘The Chef Show’ is a food reality show, with a difference. It is almost as if anything that Jon Favreau is involved in can’t be bad. The show is appealing because it showcases a bevy of mouthwatering cuisines and also allows us to know a celebrity in every episode. The show first aired in 2019, and since then has had three seasons so far. For fans who are impatient to know when will ‘The Chef Show’ season 4 release, here’s everything we know.

The Chef Show Season 4 Release Date: When Will It Premiere?

‘The Chef Show’ season 3 premiered on February 19, 2020, on Netflix, in all its entirety of six episodes.

With a huge fanbase and a staggering score of 8.4 on IMDB and a 100% Tomatometer rating on Rotten Tomatoes, we see no reason why Netflix would decide to cancel a title that has been doing so well for the streamer.

In 2019, we saw two seasons landing in June and September respectively (just within a gap of three months). Season 3 then aired following a gap of around five months in February 2020. Witnessing the short waiting time between seasons, we expect another season to debut within the next five/six months. Our best guess is that, if renewed, ‘The Chef Show’ season 4 should release sometime in July 2020.

Who are the hosts of The Chef Show?

‘The Chef Show’ features Jon Favreau and Roy Choi as its primary hosts. While the former is a celebrated actor, director, producer, and screenwriter, the latter has made a name for himself in the world of food. He owns his gourmet Korean taco truck, called Kogi, which treats customers with a unique fusion of Korean and Mexican cuisines.

Across the seasons, we have also seen the hosts partnering with various celebs as they scour the streets for delicious bites. Some of these names are Robert Downey Jr, Gwyneth Paltrow, Robert Rodriguez, Sam Raimi, and Seth Rogen, among others.

Of course, when season 4 happens, both the hosts, Jon Favreau and Roy Choi, are expected to return. We will also see several celebs join the duo in their hunt for mouthwatering dishes

What is The Chef Show about?

In ‘The Chef Show’, Roy Choi and Jon Favreau “…experiment with their favorite recipes and techniques, baking, cooking, exploring and collaborating with some bold-face names in the entertainment and culinary world” — according to Netflix’s 0fficial synopsis.

In season 3, Roy and Jon take a trip to Las Vegas and visit chef Wolfgang Puck as the famous steakhouse called CUT. They then also drop at Border Grill and learn the tricks of contemporary Mexican dishes. Also, in Vegas, Roy gives us a sneak peek into his own restaurant called Best Friend. Again, in Wexler’s Deli, the pair tries their hands at traditional Jewish deli samples.

While we wait for an update on season 4, you can watch the season 3 trailer right here.