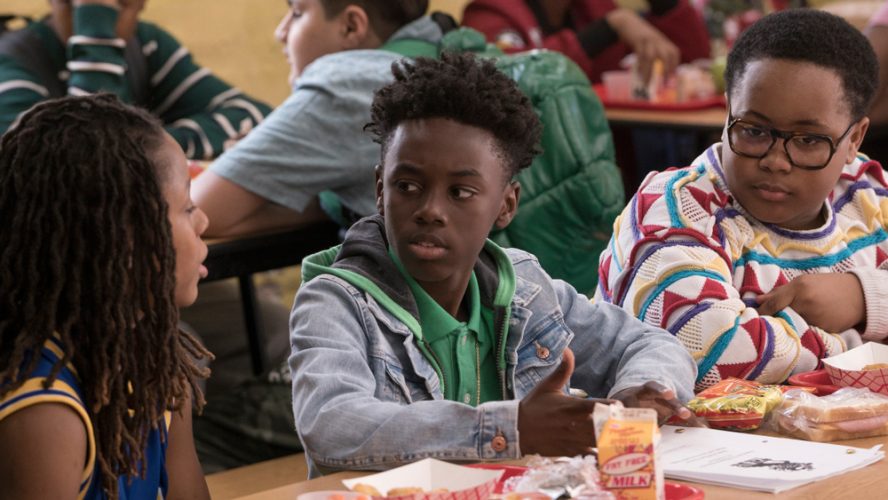 ‘The Chi’ is an American drama series that airs on Showtime. It first premiered on January 7, 2018. The show is produced by Elwood Reid Inc., Hillman Grad Productions, Freedom Road Productions, and Verse Productions, Kapital Entertainment, Fox 21 Television Studios, and Showtime Networks. Lena Waithe is the creator of the show, and Lena Waithe, Common, Elwood Reid, Aaron Kaplan, and Rick Famuyiwa are on board as the executive producers.

The plot of the story is about a spell that causes unexpected events in the life of a particular community in Southern Chicago. The series of events also creates an unusual and strange connection between the four pivotal characters of the series, namely Emmett, Brandon, Ronnie, and Kevin. The mysterious events that occur in the lives of these four people and how they manage to connect the dots and try to find the logic and the cause behind the spell that triggers these events forms the crux of the story. The series has gained a strong fan base, and critics have praised it for its nuanced look at life in the south side of Chicago while treating the captivating characters with a degree of tenderness and affection.

The Chi Cast: Who is in it?

Hopefully, in the upcoming season, we will see the main cast return, and perhaps new faces will be added to the mix, who are bound to make the lives of our central characters more interesting.

The Chi Plot: What is it about?

The main plot of ‘The Chi’, which is a short form of Chicago revolves around the lives of four people, Emmett, Brandon, Ronnie, and Kevin. All of them reside in Chicago but do not know or have heard of each other. A sudden turn of events brings all four of them to a point making them forcibly bond with each other. The unfortunate events strike a particular community living on the south side of Chicago. The four of them try to connect the dots and find the reason behind the devastating events that hit them. ‘The Chi’ also touches upon the complex nature of the life of the people living in Southern Chicago. Brandon dreams of running his own restaurant with his girlfriend but is forced to take up additional responsibilities of his brother and an alcoholic mother. Jada is a single parent to her son Emmett. The title characters of the show were well received and loved by the audience for their casual yet realistic performances on the screen that added strength to the screenplay of the series. The story is all about the journey of four unknown people who get to know each other due to some fateful events and their expedition to find the reason behind these events.

While the show is based in Waithe’s hometown, there is no struggle for representation here. In an unselfconscious portrayal, the aim is not to show the black people in a positive light, but rather to show them in a human light. Thus the characters are brimming with complexity and nuance, in this series, which might well be described as a coming of age drama. However, the show seems to be more about action, fate, and the consequences that lie in wait for us all. While there is a lot of coincidence going around in the show, the choice of structure is intentional and it is handled expertly, to make us question whether the lives of the protagonists actually intersect. While the show does not shy away from exaggeration instead of just sticking to a realistic portrayal, it manages to stay clear of being turned into a melodrama.

Propelled forward by an excellent cast, ‘The Chi’ is one of the best black shows out there, and it is an absolute delight to watch a show with black actors and made by a black creator, who have the liberty of representing only themselves, instead of being forced to represent their entire race, thus leading to grander and less believable narratives. What stands out about the show is how much the makers care about the city itself. It is undeniable that some places are treated unfavorably in the nation’s political scope, and Chicago is one such place. Sometimes, the utterance of these places also invokes racial connotations. However, the characters on the show seem to be aware that the institutions of power are not going to fend for them, and thus they decide to go their own way. This forms the crux of the story and is the basis of most of the interactions that we see playing out in front of us.

Hopefully, in the upcoming season, the show will continue in a similar manner, and we will see the characters continue to represent themselves excellently.

The Chi Season 3 Release Date: When will it premiere?

‘The Chi’ Season 2 premiered on April 7, 2019. The good news is that Showtime approved another season for the show. Gary Levine, Showtime Entertainment president, said “The Chi revels in revealing the beating heart of the South Side of Chicago. We, like our viewers, have fallen in love with these characters and we remain eager to see where Lena and her fellow artists will take them in season three.” While no release date has been set, we expect ‘The Chi’ Season 3 to release sometime in April, 2020. We will update this section as soon as we hear more.

While we wait for an update on season 3, check out the season 2 trailer to refresh your memories. If you haven’t seen the show yet head over to Showtime to catch all the episodes of the previous seasons.