Will There be a The Chris Gethard Show Season 4? 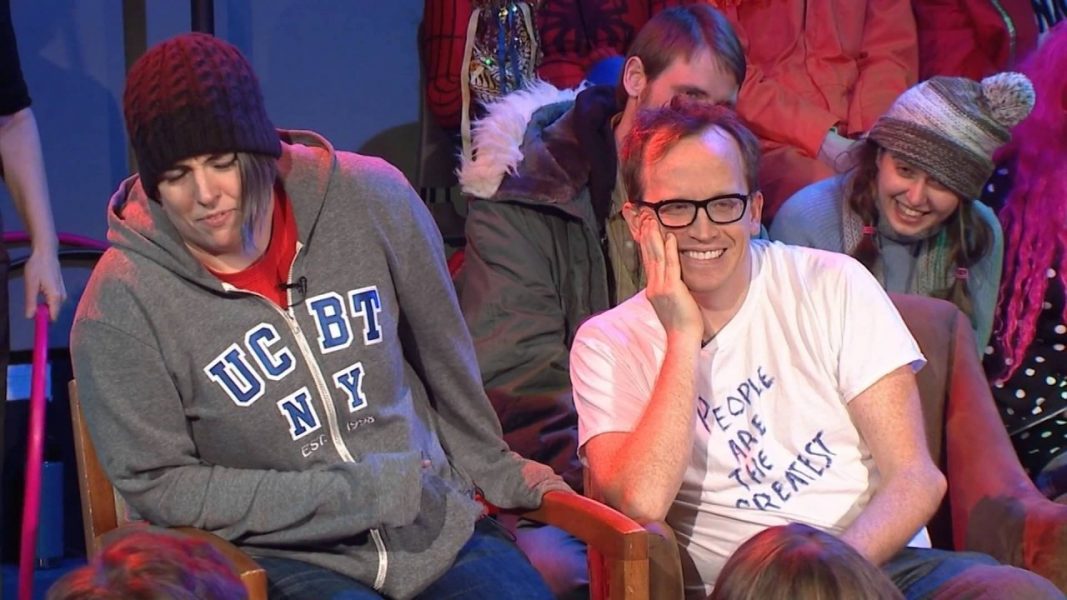 Phone-in comedies have been popular for a very long time. For those of you who don’t know, they are the ones in which viewers are invited to give their feedback on a particular topic through the phone. Following this premise is the popular talk show, namely, The Chris Gethard Show, created and hosted by Chris Gethard.

A second season of the show premiered on Fusion TV in 2015, after which a third season started airing on truTV from August 2017.
Now the question is, will there be a The Chris Gethard Show Season 4? We will delve into that question, but first, let’s quickly look into the details of the series.

Who’s the host of The Chris Gethard Show?

The show is hosted by Chris Gethard who is known for his works in the comedy genre. He’s a popular writer and actor in the American entertainment industry. He has starred as the lead in the Comedy Central sitcom Big Lake. Bethany Hall served as the show’s “internet liaison” and the state manager during its original UCB run. Shannon O’Neill is also present in the show alongside Gethard. She started working with Gethard when the show debuted on stage at the UCB Theatre. She is also a close friend of Chris Gethard.

Murf Meyer is present in the show as a panelist. Another member of the regular panel called the Human Fish is portrayed by Dave Bluvband. Like any other talk show, a house band is featured in this one too: The LLC. Members – which include Hallie Bulleit (lead vocals, kazoo, percussion), Bill Florio (glockenspiel, vocals), Jon Vafiadis (guitar), Alex Clute (guitar), Mikey Erg (Cajon, percussion, vocals).

A number of celebrities are also featured in the talk show. The series is all about celebrity guests answering phone calls and talking over a particular theme. Some of the celebrities who appeared in the show are Paul Rudd, Seth Meyers, Will Ferrell, Gillian Jacobs and Matt Walsh, to name a few.

What is The Chris Gethard Show about?

All through its evolution from a live comedy program to a four-year spell on Manhattan Neighborhood Network, lastly making the bounce to a completely appropriated satire arrange, The Chris Gethard Show lives up to the charm it birthed. The show is produced by Funny or Die, and the series is hosted by Gethard – a former student of NYC’s Upright Citizens Brigade – leading a group of comedians and different guests, alongside a studio group of spectators.

Gethard introduces a number of games and unusual stunts to entertain the audience. The show provides an interactive experience to fans throughout the world. They can contact the presenters at the same time to gain an immersive experience. An important element of the series is the monologue that begins each episode. These are pre-taped and focus on a relevant subject each time.

The Chris Gethard Show Season 4 Release Date: When will it premiere?

The series first started as a live show, performed on a monthly basis from 2009. At first, it had a steady audience, but it slowly started declining. At that point, Gethard moved the show to public access television. He said that he did so after being suggested by a friend.

However, after its third season concluded, Gethard confirmed on August 6, 2018, that the show has been cancelled and won’t be returning for another season. This news was made official by the host on his Twitter handle, which read, “The Chris Gethard Show is no more. Thank you all for watching. I am a lucky human being who got to go on the best roller coaster ride of all time. THANK YOU to everyone who has supported TCGS and made my life what it is.” So, the official verdict? The Chris Gethard Show season 4 stands cancelled on truTV

Fans of the show can go back and watch the episodes from previous seasons on truTV. Those who haven’t watched the show, here is a trailer from season 3 to get you started.