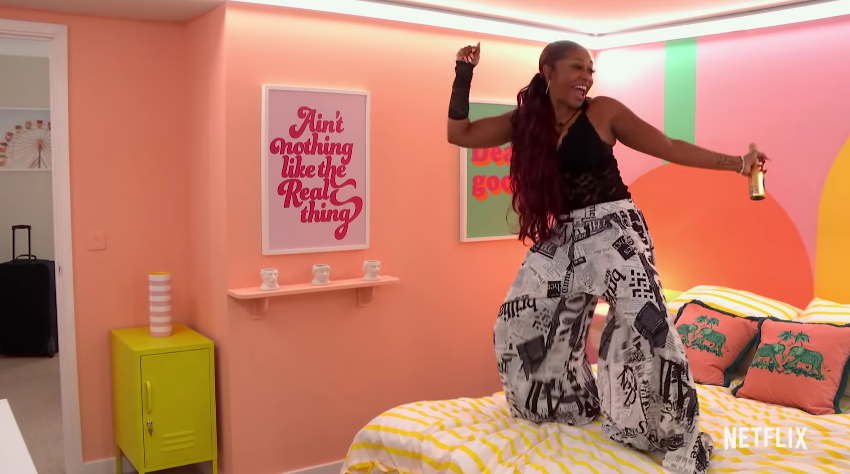 Based on the British show of the same name, ‘The Circle‘ or ‘The Circle US’ is a Netflix original competitive social experiment that combines aspects from both ‘Big Brother’ and ‘Catfish’ into one. With each passing installment, the interactions between the rotating participants get more and more dramatic, which then leads to miscommunications, making the goal of popularity extremely tricky.

After all, as we’ve already seen in season 3, there’s been quite a bit of excitement and tension. From the cast using anonymity and flirtationships to develop their alliances to surprise blockings that no one ever expected and from contestant clonings to burner profiles, it has had it all. Eight episodes of this enthralling extravaganza have aired until now. So now, let’s find out what’s in store for episode 9, shall we?

‘The Circle’ season 3 episode 9 is set to release on September 22, 2021, at 12 am PT/3 am ET on Netflix. With 13 episodes in total, the third season is following the release schedule of season 2 and is thus launching its installments over a period of four weeks. Apart from the ninth episode, Netflix will also drop episodes 10, 11, and 12 on the aforementioned date. The finale is slated for a release on September 29, 2021. Every installment is about 45-55 minutes of sheer entertainment.

Where to Watch The Circle Season 3 Episode 9 Online?

Since ‘The Circle’ is a Netflix original, the easiest and most feasible way to watch all of its episodes, including the ninth episode, is on the platform through a subscription. Thus, you can watch ‘The Circle’ season 3 episode 9 here! Regrettably, the streamer doesn’t offer a free trial period in the US, so you will have to get a subscription if you wish to see this enthralling show, along with several others, as and when they air on the entertainment service. We should also mention that you can use Netflix on your smartphone, tablet, laptop, and desktop, along with any other compatible streaming device.

‘The Circle’ season 3 episode 9, titled ‘Ghostbusting and Catfishing,’ will pick up right from where episode 8, ‘Full Out War,’ left off — with every single cast member being at the edge of their seats as an individual from each of the two core alliances is an influencer. They both have the power, and they’re both allowed to block one person without any dialogue between them. In other words, two contestants will have to say goodbye.

These eliminations will be a shock to everyone, and so will the information that’ll follow. The face-to-face farewells are also bound to throw a couple of curveballs due to mutual strategic planning and human connection, and it’ll push others to strengthen their game. Nick’s burner profile, AKA ghost hunter “Vince,” might play a role as well. Things will turn vicious in episode 9, yet a few unexpected friendships will be formed because of it.

Read More: How Long Are Contestants in The Circle?