When Will The Comedy Lineup Season 3 Premiere on Netflix? 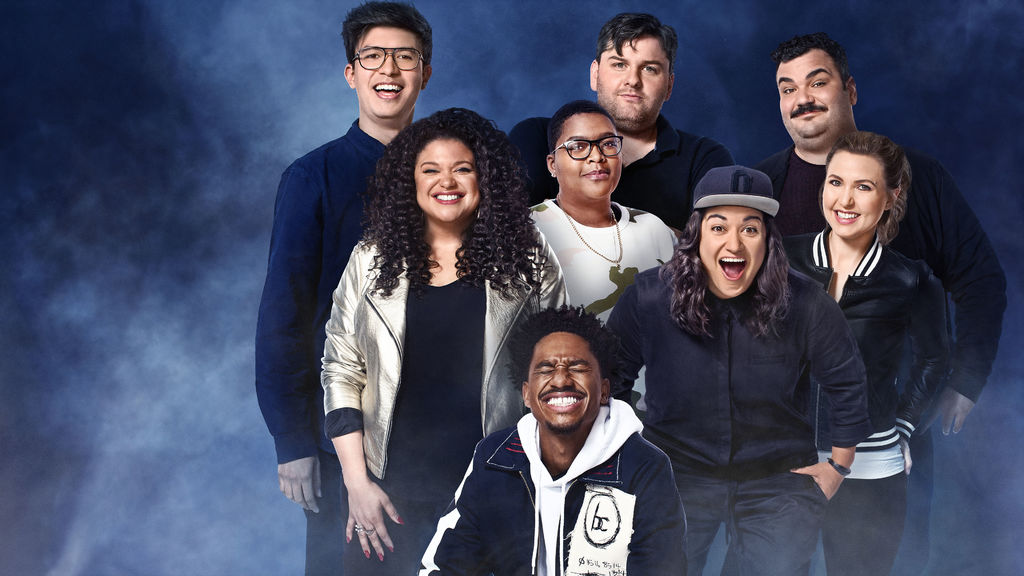 Netflix has been the home for stand-up comedy since Bill Burr: You People Are All the Same. Ever since the dawn of streaming platforms, comedy specials have become a trend, thanks to Netflix. Today the average viewer does not want to keep their cable TV connected to enjoy a comedy; streaming is clearly the style now.

Despite having a number of originals and weekly specials, Netflix tried out something new with The Comedy Lineup. The first season premiered on July 3, 2018, consisting of 8 episodes. Each episode has a runtime of 15 minutes, featuring a different stand-up comedian. The comedians bring a variety of comic acts to the table, ranging from deadpan to borderline cynical takes.

The show has had two successful seasons so far. Now the question is, will there be a The Comedy Lineup season 3? We will delve into that question, but first let’s quickly look into the details of the series.

The Comedy Lineup Cast: Who’s in it?

As is obvious from the format of the show, each episode of The Comedy Lineup features comedians coming together with their own sets of jokes and sarcastic takes on various topics, situations and events. The cast of the first season features Michelle Buteau, Ian Karmel, Taylor Tomlinson and Sam Jay to name a few. Buteau’s previous works include Always Be My Maybe (2019) and Enlisted (2014). Karmel is a former Netflix employee and he has starred in The Summer of 69 (2009). Taylor Tomlinson is a writer and actress by profession and she has previously starred in Playlist (2017). Sam Jay’s previous credits include Pinsky (2017) and Nobodies (2017). Other comedians who star in this season are Phil Wang, Sabrina Jalees, Jak Knight and Tim Dillon.

Some of the cast members of the second season are Janelle James, Matteo Lane and Aisling Bea. Janelle James is an American writer and actress. She has written episodes of The Rundown with Robin Thede and has starred in Big Mouthful and Crashing. Matteo Lane’s previous works include Moving On (2015) and Joking Off (2015). Aisling Bea is an award winning stand-up comedian and actor. Some of her works include Living with Yourself, This Way Up and State of The Union. Other cast members for the season are Josh Johnson, Emma Willmann, Max Silvestri, JR De Guzman and Kate Wilett.

Season 3, as and when it happens, is expected to feature an entirely new crew of comedians.

What’s The Comedy Lineup about?

Every episode of The Comedy Lineup deals with a variety of relevant subjects and focuses on the comedian and his/her comical perspective on the subject to highlight it comically. In the first episode of season one, Michelle Buteau stresses the significance of solace in the wake of turning 40 and dishes out musings on European medicinal services and “open ethnicity” auditions. The second episode with Ian Karmel, a former employee of Netflix, revolves around his self-deploring takes on his appearance, being an uncle, web-based social networking and many other things.

Taylor Tomlinson describes herself as an “old soul” and mourns the disappointments of her 20’s, the changing meaning of “authentic” and the dangers of being a lady. Sam Jay puts forward her one-of-a-kind turn on male certainty, white folks’ “sobs for assistance”, Trump’s Twitter tirades and the rush of taking Uber. Phil Wang dips into his Chinese Heritage and talks about scary movies. The sixth episode stars Sabrina Jalees, a Pakistani American woman, who shares her experience of coming out to her family and exploring feminism and sexuality. Jak Knight gives a comprehensive understanding of birth control and talks about the internet in the seventh episode.

The eighth and final episode of the first season has Tim Dillon, a former New Yorker who worked as a bus tour guide, as he classifies the three kinds of people on Instagram.

The second season starts with Janelle James throwing light on the thrills of relationship, the turmoil that follows and the craziness revolving around “white family holiday cards”. In the second episode, Matteo Lane sings while delivering stand-up talks about homosexual romance in the digital era and his infatuation with popular star, Lindsay Lohan.

The third episode continues with Irish comedian Aisling Bea who offers insights on her obsession with American phraseology and “sports parties”. In the fourth episode, straight from an awkward lift experience, Josh Johnson gets genuine about rich individuals, millennial apparitions and his uncle’s strange astuteness. The fifth episode stars Emma Willmann, a small-town native, who goes through her past by talking about her early sexual awakenings. From gathering activity to female kinship, self-depicted “straight white dude” Max Silvestri investigates a portion of life’s almost impossible to miss secrets in the sixth episode.

JR De Guzman, a guitarist, takes a turn and does a series of jams on racism in contemporary America. The season concludes with Kate Willett, who is going through a post-breakup phase and opens up about immature men and ambiguously talks about the hazards of modern romance.

The Comedy Lineup Season 3 Release Date: When will it premiere?

The Comedy Lineup Season 2 premiered on Netflix on August 31, 2018.

Both seasons 1 and 2 consists of an entirely new set of comedians and it will be rather interesting to see who will join the dynamic team in its next season. As of now, Netflix has not made any comment on the show’s third season but given the impressive ratings it has enjoyed, it is most likely going to be renewed. We can expect Netflix to provide an update soon and The Comedy Lineup season 3 to release sometime in early 2020.

Those of you who haven’t watched the show yet, here is the trailer of the first season for you to get started: