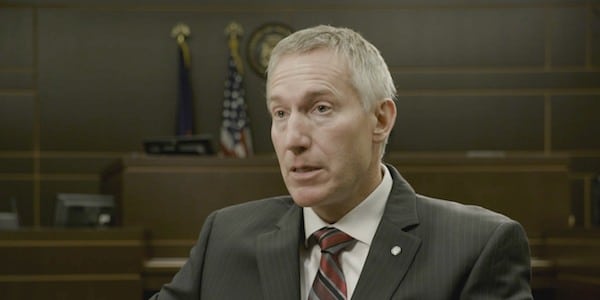 Netflix is known for streaming some original and never before seen series. ‘Confession Tapes’ is another name added to that increasing list of original stories. ‘Confession Tapes’ is a true crime television documentary, which is made up of six episodes. Each episode contains a different story of a confession which may be wrong and each episode tells an alternative version in which the crime could have happened. The stories are based on the accounts of real people serving time. Created by Kelly Loudenberg, the show airs on Netflix and first premiered on  September 8, 2017.

It is no surprise that true crime documentaries are a rage nowadays. After all, crime speaks to a perversion in human society which always makes it a spectacle and draws people to it. While we are repulsed by the acts, we cannot wait to lap up the details of a crime either. This is why some of the most famous serial killers in history are quasi-celebrities, like Jack the Ripper. In the present day and age, there are plenty of crime stories in both film and television shows. Netflix, a streaming giant, by all means, has an impressive library of crime shows including the likes of ‘Mindhunter‘. However, while watching shows on crime or reading up about them can be indulgent, it is even more so when the stories are based on true crime.

Real life stories have a degree of authenticity to it, which not only makes the act more depraved but also piques the audience’s curiosity to a greater degree. This is why when ‘Conversations with a Killer: The Ted Bundy Tapes‘ came out, it was an immense hit, as people flocked to watch the person who is considered to be one of the most charming and dangerous serial killers in the history of America.

This show is in a similar vein and critics have likened it to other true crime shows on Netflix like ‘The Keepers’ and ‘Making a Murderer‘. Naturally, it has a strong fan following and critics have defined the show using words like addictive and harrowing, so you know this true crime series will grab a hold of you and not let go.

The Confession Tapes Cast: Who is in it?

The cast of ‘The Confession Tapes’ keeps changing since it is based on true crimes and does not have actors playing roles. Some of the accused on which this series is based include Sebastian Burns and Atif Rafay (True East), Wesley Myers (A Public Apology), Karen Boes (Trial By Fire), H Street Crew (8th and H), Buddy Woodall (The Labor Day Murders) and DeLise (Down River).

In the upcoming season, we are likely to see even more cases, and new faces of the people who were behind the crimes, and those affected by it.

The Confession Tapes Plot: What is it about?

The show has been referred to as “harrowing”, which seems apt because the show reveals the actual happenings behind original cases. It shows how the American Justice System is flawed and to make up for lack of evidence, police uses some illegal techniques to tape false confessions. The plot of ‘The Confession Tapes’ tells you the full working of a case, starting from the confession, and then showing the events leading up to the confession and later what happened after the confession is taped. Each part also tells an alternate way in which the case could have ended. The show has a lot of crime photographs and evidence which some viewers might find queasy, but since its focus is not the crime itself, but the justice system instead, in this regard, the series is the exact opposite of cathartic. In fact, the best feeling you can walk away with, after this series is one of unease. The worst feeling you can walk away with is that of despair.

The premise of the show displays that the people charged with the crime are behind bars, and then takes a look at the confession that led them there. Some of these are coerced, using physical force, or psychological mind games. The people being interrogated are left emotionally and psychologically drained and that is how they break and confess to the crime. What is immediately evident is that most of the people being charged are young or uneducated, and do not seem to be from very well to do backgrounds.

Vice describes the show, saying, “The individual circumstances of each case are different, but the themes are distressingly similar: multi-hour interrogations without lawyers present; cartoonishly overconfident detectives and prosecutors who decide extremely early on that their suspects are the only suspects and neglect other leads in the process; communities with a high regard for supreme police authority; and juries swayed by the dynamic, polished performances of prosecutors as well as their own disbelief that anyone would falsely to confess to murder.”

Notably, the creator got the idea for this show while watching a series called ‘Forensic Files’. The formula of this show is to always get the perpetrator through science and forensic evidence. On the contrary, all cases explored in this series shows the perpetrator being convicted on the basis of a confession, and then the series takes us into the details of how the confession was obtained.

It is all remarkably striking and is bound to grab your attention and open your eyes to the injustice within the justice system that we put our faith in. Hopefully, the show will continue in a similar manner in the upcoming season and we will get to see more of these cases being explored.

The Confession Tapes Season 3 Release Date: When will it premiere?

‘The Confession Tapes’ Season 2 premiered on June 21, 2019. As far as the next season goes, we don’t have an official announcement yet. Though considering the popularity of the show and the significantly less budget required to make it, we would be surprised if it doesn’t get another season. Our best guess is that if the show does get renewed, ‘The Confession Tapes’ Season 3 can release sometime in June, 2020. We will update this section as soon as we hear more.

While we wait for ‘The Confession Tapes’ Season 3, check out the trailer of first season.