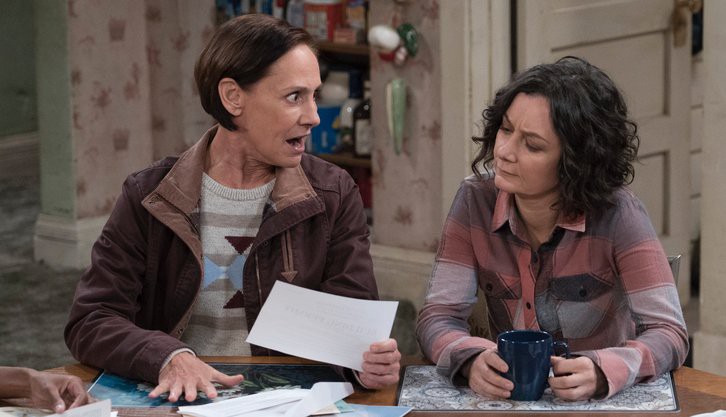 ‘The Conners‘ is the spinoff to ‘Roseanne‘, and both shows are equally loved by audiences. The sitcom follows the members of a hard-working family, who struggle to get by on their modest income, while facing the challenges of life in Lanford, Illinois.

The spinoff was put in development after ‘Roseanne’ was canceled, and currently Season 2 has managed to remain as popular with the viewers. Naturally, this must make you wonder about what happens in the latest episode. We are here to tell you that after walking you through when and where to watch the upcoming episode.

The Conners Season 2 Episode 13 Release Date: When Will It Premiere?

‘The Conners’ Season 2 Episode 13 is slated to be released on Tuesday, February 18, 2020, at 8 pm ET. Titled “Brothers, Babies and Breakdowns”, the episode sees Dan struggling with a death in the family, while Ben and Darlene address the former’s baby fever. Dwight gets jittery, having to fill in for the chef who suffers an accident.

Where Can I Watch The Conners Season 2 Episode 13 Online?

Episode 12 is centered around the New Hampshire primary elections, which Bernie Sanders won, as you can see from the tweet below.

"This victory here is the beginning of the end for Donald Trump."

However, at the start of the episode, it is about Mark settling in to watch the results for a school report. Dan is angry and headed up to fix the roof. He leaves the front door open, and everyone feels cold. We see them huddled up in their coats, deciding what to eat for dinner. This is when the topic transitions to the importance of Mark’s assignment.

Harris walks in at this time, informing the people that she is removed from the electoral process because she believes that the involvement of money in politics, prevents any real change from taking place. Jackie suggests that Harris should be excited about getting to vote in a presidential election for the first time. Becky also stresses on the importance of choosing the ‘lesser evil’ among the candidates. Mark and Harris also have a sibling tiff, which quickly transforms into Mark confiding in Harris about Austin. He happens to be a boy Mark is seeing, who has not come out of the closet yet. Harris advises him to dump Austin and come to her with any boy troubles.

We catch a glimpse of Dan’s relationship with Louise, wherein we understand how difficult it still is, for the former, to move on without Roseanne. Finally, Harris seems to receive a call from a telemarketer sounding like Hillary Clinton. This turns out to be Jackie, who again reaches out to Harris, saying some candidates are trying to help her genuinely. It seems to have an impact on the woman who agrees to vote for them.