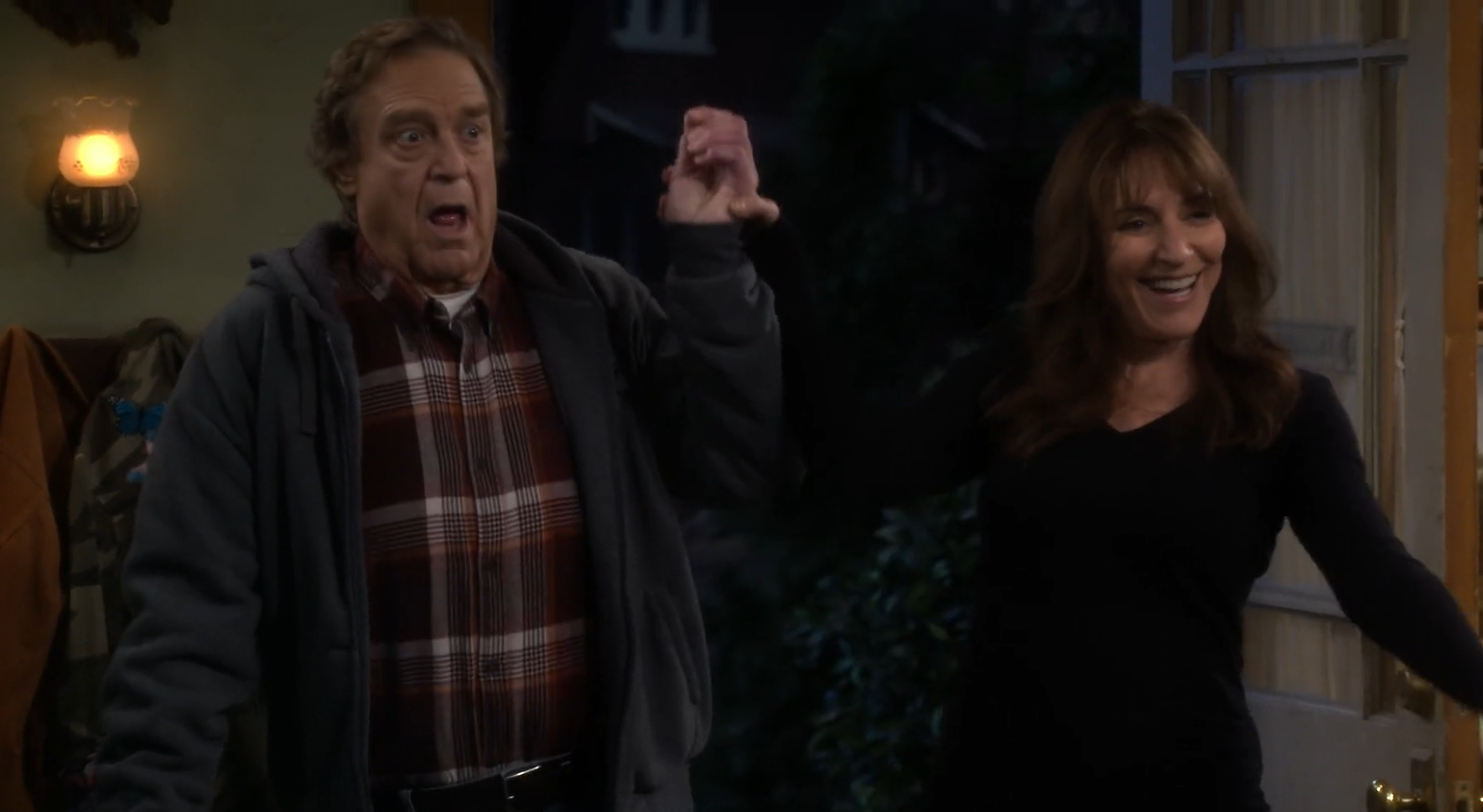 ABC’s ‘The Conners’, the popular spin-off of ‘Roseanne’, follows the lives of Dan, his daughters Jackie and Darlene, and his sons Becky and D.J. They struggle through the ups and downs of a working-class life and family drama, but love and humor keep them safe and sane — well, almost. The finale of the third season of the sitcom showcases a twist in Darlene and Ben’s rocky relationship.

Apart from that, the season 3 finale is a big step forward for Dan and Louise’s romance and a drastic change in the fate of their family-owned restaurant, The Lunch Box. Head to the recap section if you want your memory refreshed with more details about the last episode. Now, let’s take a look at what’s in store in the upcoming episode of season 4.

‘The Conners’ season 4 episode 1 will premiere on September 22, 2021, at 9/8c on ABC. This is the second live episode in the history of the show, the first one having aired on February 11, 2020. New 22-minutes-long episodes of the sitcom will be released weekly on Wednesdays.

Where To Stream The Conners Season 4 Episode 1 Online?

You can watch ‘The Conners’ season 4 episode 1 by tuning to ABC at the above-mentioned date and time. In case you miss the television broadcast, you can catch the show on ABC’s official website, and on the ABC app. Additionally, you have the option to live-stream the episode on FuboTV, YouTube TV, Hulu + Live TV, and DirecTV. You can also buy/rent the latest episodes or previous seasons of ‘The Conners’ on iTunes, Amazon Prime Video, Google Play, or Vudu. If you have a subscription to Hulu, you can check out the first season here!

‘The Conners’ season 4 episode 1 is titled ‘Trucking Live in Front of a Fully Vaccinated Studio Audience.’ It will feature the Conner family interacting live with a virtual audience on the East and West Coast (selected through the You Can Be a Conner Sweepstakes). The cast will use improv to connect the show’s plot to the audience’s questions on dealing with life issues. It is to be noted that the other episodes in season 4 have been filmed before the live premiere, and thus, episode 1 is expected to segue into the regular format of the show.

The premiere episode of the fourth season will likely address Dan and Louise’s engagement, Ben’s rejection of Darlene, The Lunch Box’s renovation, Geena’s return, and Becky’s life post-rehab. The questions addressed will likely revolve around love, family, trauma, and financial difficulties. Just like the third season, season 4 might touch upon the lasting effects of the pandemic on the blue-collar family once again. Episodes 2 and 3 are titled ‘Education, Corruption, Damnation’ and ‘Sober Sex, Plastic Silverware and Losing My Religion,’ respectively.

The season 3 finale begins with Darlene’s efforts to save money in order for her and Ben to finally start their live-in relationship, but things quickly go south when she decides to go to Hawaii. In her sudden mid-life crisis, Darlene finds no encouragement from Ben and only receives open disdain from his mother, Barb. Meanwhile, Dan and Louise make plans for a road trip. Darlene, realizing how often she has rejected Ben’s romantic endeavors, ends up proposing to him.

Unfortunately, Ben turns her down, highlighting the pent-up frustration in their relationship due to Darlene’s attempts to save her childhood home and Ben’s own inability to be on the same page as her at all times. Geena retires from the army and returns to Lanford, much to the delight of DJ and Mary. Jackie’s boyfriend, Neville, invests in the family’s fiercely loved eatery and monument to their mother Roseanne – The Lunch Box. He shares Jackie’s vision of expanding the restaurant’s potential and decides to convert it into a Chicago Bears-themed sports bar.

In the past, Jackie had featured as a guest on the popular show ‘Jeopardy!’ and had embarrassed herself by arguing with the host. Now, she takes advantage of this icky situation by turning her beef with the show’s host (who supports the Green Bay Packers) as a means to attract rival team Chicago Bears’ fans to her eatery. Finally, Dan proposes to Louise, who accepts. She has clearly abandoned her previously held indifference towards marriage after an epiphany regarding life, love, and mortality.