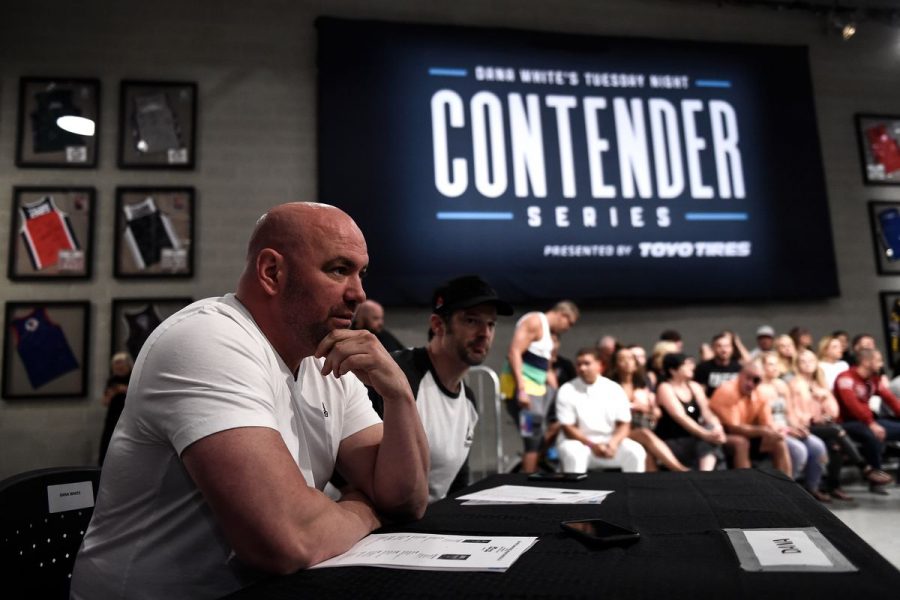 Boxing competition series have had a significant presence on the television industry for some time now (case on point: HBO’s World Championship Boxing that ran for 33 seasons and in turn, inspired a decent range of boxing events since then or Showtime’s Championship Boxing that began back in 1986). ESPN’s Friday Night Fights and ITV’s The Big Fight Live draw from the same vein of reality shows, among others.

The Contender is a reality boxing television series that was the top performer for NBC, ESPN, and Versus between March 3, 2005, to January 7, 2009, and is very much on the list of the best boxing series of all time. After 4 seasons, the show was pulled off the air until Epix picked it up on January 22, 2018, and premiered its fifth season on August 24, 2018.

The American reality series follows an elimination-based competition involving boxers as contenders who are pit against each other while exploring their interactions and relationships with their families and friends. Series creator Mark Burnett returns as producer for its fifth season which is hosted by Andre Ward. Read ahead to find out more about this exciting show.

The Contender Cast: Who is in it?

Given the game format of the show, we have a host or two, a group of boxers and their trainers who form the main cast of The Contender. Its debut season saw Sylvester Stallone – well-acquainted with the genre having written the screenplay and portrayed the titular character in the boxing sports drama, Rocky throughout its six films made between 1976 and 2006 – sharing hosting duties with Sugar Ray Leonard (season 1 – season 3).

Tony Danza replaced Leonard in season 4 as host and was followed by Andre Ward in season 5. Each season has up to 3 trainers and mentors overseeing the compelling journeys of sixteen boxers testing their limits. Freddie Roach and Naazim Richardson fill in as trainers for the blue and red teams respectively in season 5. The series is known to bring back hosts and trainers from its previous seasons, so if a season 6 is on the cards, one can expect to see some familiar faces.

The Contender Plot: What is it about?

The Contender takes a thorough look at the lives of boxers on and off the ring. The format of the show has fighters from two teams competing against each other and this results in one elimination every week. As they are sweating it out together on the ring and pushing their limits, viewers are also apprised of their struggles and the obstacles they had to encounter to get where they have. Their personal lives are also brought under the scanner as fighters divulge their relationships with their families.

The pioneering boxing show continues its fifth season in the same format as its previous seasons and focuses on middleweight contenders this time around. It is shot in Los Angeles where we see the likes of Ievgen Khytrov, Eric Walker, John Thompson, Malcolm McAllister, Brandon Adams stay, train and practice together. Each week one contender gets knocked off till two are left in the running for the prestigious title of “The Contender” along with an astonishing six-figure purse. Season 5 of The Contender aired its various rounds in their entirety with no edits or cuts as its previous seasons, a move die-hard boxing fans are sure to have appreciated. The Contender is a huge platform for boxers to launch their careers and showcase their skills.

The Contender Season 6 Release Date: When will it premiere?

The Contender season 5 premiered on August 28, 2018, after its fourth season that was released back in 2009. The season contains 12 adrenaline-fuelled episodes. Epix is the fourth network the show has associated with during its run of five seasons. As we move on to speculating a season 6 in the series, we can’t but wonder if the show will be renewed and if it does, whether it will continue with Epix or shift to another network. As per a statement by Burnett, Epix has been just the right platform for the show. He said, “Boxing belongs on premium pay television, and there is no better home for “The Contender” than Epix. We will tell stories of fighters, the families and their difficult journeys in the emotionally compelling Contender style so that viewers get to vicariously ‘walk a mile’ in the boxers’ shoes”.

The return of The Contender registered a fairly positive critical consensus and although Epix hasn’t officially renewed the show for its sixth season yet, there is a good enough possibility that it will happen. If renewed, we expect the release date for The Contender Season 6 to be sometime in Q3 2020, if not earlier.

While you wait for update on The Contender season 6, you can always watch the first five seasons if you still have not caught up with the show. Here is a sneak peek from the fifth season to get you started.