Will There be a The Cry Season 2? 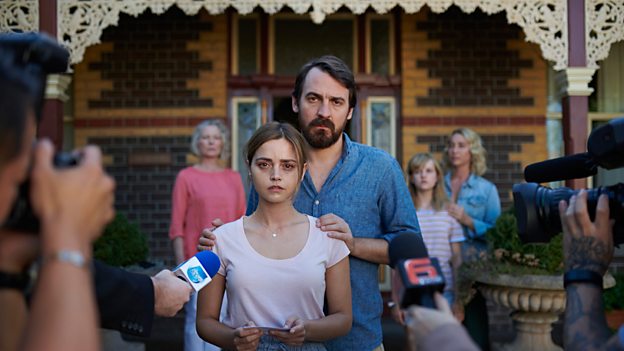 The Cry is a British mystery television series written by Jacquelin Perske and directed by Glendyn Ivin. The show debuted on September 30, 2018, and ended on October 21, 2018, on the original network of BBC One. The series is adapted from the novel of the same name written by Helen FitzGerald.

The Guardian’s Lucy Mangan rated the show four stars, writing: “All the post-partum pain points are hit: the claustrophobic desperation caused by a screaming baby; the supportive partner who nevertheless manages to sleep through all of the worst bits; the best but child-free friend with whom you suddenly have nothing in common… it’s all beautifully, brutally done.”

After the success of the first season, fans have been wondering: will there be a The Cry season 2? Here’s everything we know.

The Cry Cast: Who is in it?

Joanna Lindsay, played by Jenna Coleman, is a primary school teacher. She is the wife of Alistair and mother to the infant son named Noah.

Alistair Lindsay, played by Ewen Leslie, is the husband of Joanna Lindsay, father of a 14 years old girl Chloe and ex-husband of Alexandra. He has a second child with Joanna named Noah.

Alexandra, played by Asher Keddie, is the mother of Chloe and ex-wife of Alistair Lindsay.  Elizabeth, played by Stella Gonet, is Alistair Lindsay’s mother who wants to take the custody of Chloe.  Kirsty, played by Sophie Kennedy, is Joanna’s best friend. Chloe is played by MarkellaKavenagh. She is Alexandra and Alistair’s daughter and 14 years old.

All the main cast members are expected to return for season 2, it and when the show is renewed.

The Cry Plot: What is it about?

The show revolves around Alistair and Joanna Lindsay, a school teacher. It begins with Joanna paying a visit to her psychologist after a court meeting and narrating disturbing past events. There is a flashback where her husband Alistair receives a letter from her ex-wife who wishes to take custody of their 14 years old daughter named Chloe. His ex-wife has been preparing for a long time to battle over their teen daughter.

Joanna decides to travel with him and their four-month-old infant son Noah to Australia to win a case against Alistair’s ex-wife. There she gets into an argument with a passenger when Noah’s crying gets out of control. As they arrive in Australia, a series of unfortunate events turn their lives upside down forever.

Joanna and Alistair travel via car to reach their destination from Melbourne to Geelong. They stop at a shop and go inside to buy some stuff leaving Noah in the car. As they return, their baby Noah disappears. They don’t find any signs of Noah in the car. They lodge a complaint with the police and list down a few suspects. They realize that everything is not as it seems. The police also search Elizabeth’s home, Alistair’s mother.

Alistair realizes that the police knows something about this case. Joanna’s psychological state becomes worse, and her relationship with her husband comes down crumbling. Caught up between his son’s kidnapping case and Joanna’s depression, Alistair tries to find out what the police is hiding from them. As time passes, Alistair and Joanna try to accept what has happened and start rebuilding their lives in Scotland. However, just when everything seems to come to a close, a delivery is dropped at their doorstep, and with it, Joanna comes face to face with her long forgotten memory.

It will be interesting to see what transpires in the lives of Joanna and Alistair next in season 2.

The Cry Season 2 Release Date: When will it premiere?

The Cry season 1 premiered on September 30, 2018. As far as the next season goes, BBC has given no indication of any plans to renew the series. It has been speculated however that if the second season is made, it will follow Chloe after she learns that her baby brother has gone missing. It will be revealed that she is the one who knows the truth behind it. Some sources suggest that Alexandra will be held responsible for Noah’s death. In any case, we must first wait for confirmation by the BBC. If renewed, we expect The Cry season 2 to release sometime in 2020.

Meanwhile, The Cry season 1 is all set to premiere on Sundance on October 23, 2019 for the US audience.

While we wait for an update on The Cry season 2, check out the season 1 trailer to refresh your memories. If you haven’t seen the show yet head over to BBC to catch all the episodes of the previous season.