The Curse of Oak Island Season 7: Premiere Date and Narrator 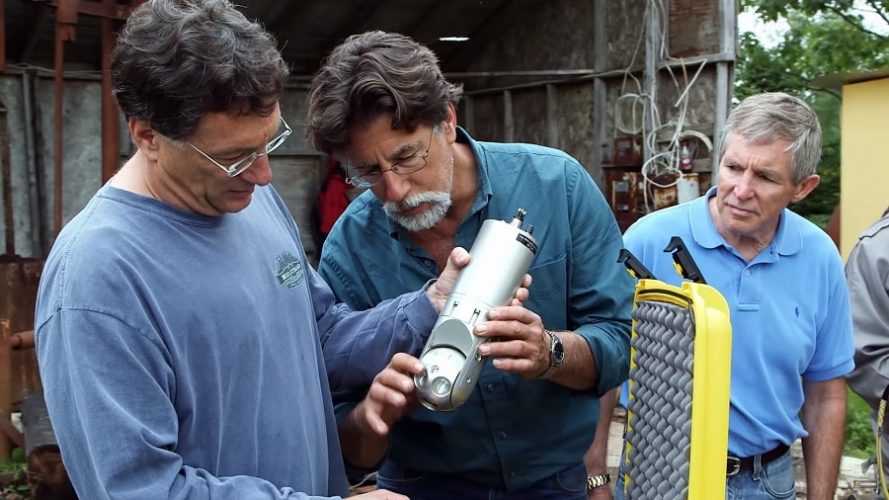 The Curse of Oak Island takes audiences deeper into the findings and theories of a myriad of historical artefacts and buried treasures that the Oak Island claims to be home to. It was a featured article that piqued the attention of the Lagina brothers and attracted them to the infamous island. Prometheus Entertainment is the production house that roped in the Lagina duo for the reality show after seeing their interest and dedication towards the island and its many mysteries. Kevin Burns, a widely popular name in the television industry is the executive producer of the show.

The show that started airing on History Canada from January 5, 2014, has completed s6 seasons so far, and it definitely looks like there is a lot more to come. Jake Beed handles the camera department for the series and features in the episodes once in a while. A major part is played by Robert Clotworthy, who does a great job of narrating every other episode in the series.

Each episode of the show gives viewers a deep insight into the different existing spots on the island as well as allows them access to several excavations that have been carried out on the island so far. A stone with an inscription on it saying ‘forty feet below, two million pounds lie buried’ has been recorded to be one of the biggest discoveries. Exquisite brooches from the famous Victorian era along with precious coins and other valuable materials have also been uncovered.

The Curse of Oak Island Cast: Who’s in it?

In the various seasons of the Curse of Oak Island, we see the Lagina brothers, Marty and Rick, along with a number of local people who often guide them throughout their discovery and particular missions. Robert Clotworthy who is the narrator acts like a guiding light through all the discoveries for the viewers. He does an impeccable job of narration in every episode. Clatworthy is famous for his voice acting and has contributed his voice to nearly 100 films and TV programs along with video games. Gary Drayton, a man who knows his way around hunting treasure as well as Matty Blake, can be seen in a couple of episodes.

Dan and Dave Blankenship, the major owners as well as permanent residents of the Oak Island, are a father-son duo who provide assistance to the Lagina brothers. “You know what they say in Nova Scotia… it ain’t easy” as Dan Blankenship quotes.

The Curse of Oak Island Plot: What is it about?

In the 1700s, rumours spread like wildfire about the hidden treasure of William Kidd aka Captain Kidd, a sailor who was executed for piracy. The treasure was supposedly hidden on the Oak Island by the tarnished sailor, who quoted “where none but the Satan and myself can find it”. In the late 1800s, people started excavation on a bigger scale and found out many other valuables such as manuscripts and stone inscriptions.

Brothers Marty and Rick Lagina were fascinated by the island, and all that hides underneath its surface after coming across an article in the Reader’s Digest magazine from a January 1965 copy. The article features the Restalls family who were then conducting an investigative search on ‘Money Pit’ one of the famous spots on the island. Nolan’s Cross and Smith’s Cove are two other spots that are particularly famous among treasure hunters.

The Lagina brothers constant interest has led to the successful running of this series which with each episode embarks deeper into the island to uncover its mysteries. Oak Island is only one of the many small islands in Canada, spread across 140 acres. The island is privately owned by multiple parties including the Lagina brothers but its treasure hunter is Dan Blankenship who owns the major part of the island along with the newly formed Michigan group.

Marty and Rick employ their efforts to delve deeper into the history of the island, throw light on recent findings, theories, and provide insight into the previous investigations that have been conducted in the said areas with the help of conversations with independent researchers. Borehole 10-x, Nolan’s Cross, the “Swamp” are some of the areas explored.

The Curse of Oak Island Season 7 Release Date: When will it premiere?

The Curse of Oak Island Trailer

Here’s the trailer from one of the previous seasons of ‘The Curse of Oak Island’. Head over to History to catch all the past episodes.