The Curse of Oak Island S07 E20: When and Where to Watch? 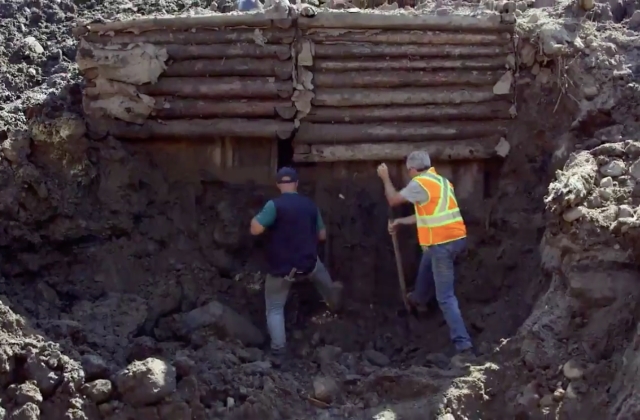 The Curse of Oak Island always comes up with some sort of discovery that manages to keep viewers asking for more. And when we saw the title of this week’s episode, we could not contain our curiosity. It is called ‘Lords of the Ring’!

Naturally, you might be curious about what goes down in the latest episode. Not only are we here to tell you that, but we will also walk you through when and where to watch the upcoming episode, i.e The Curse of Oak Island Season 7 Episode 20.

The Curse of Oak Island Season 7 Episode 20 Release Date: When Does it Premiere?

Where to Watch The Curse of Oak Island Season 7 Episode 20 Online?

In episode 19, the team uncovers an intricately designed ring while scouring for knick-knacks in a swamp. According to the crew, the piece of jewelry might be from Spain from the early 1700s. But well, they cannot spend so much time on this ornate object — provided they have so little time, with the winter season rapidly closing in.

In another scene, Rick Lagina explains the difference between earlier treasure hunters and current researchers who come to study Oak Island. According to him, formerly, travelers were only interested in finding things of value in the land. But now, experts are also vested in understanding the rich history of the locality. Lagina says that he may not have found any treasure but they have discovered important historical pieces, including a lead cross, fragments of human bones, and iron pikes, which could be from a ship.

In episode 19, the crew also uncovers a part of a keg. They suspect that the Spanish might have stowed away their treasure in kegs. The Lagina brothers also uncover a piece of stray wood and slowly, their excitement levels increase. But unfortunately, the excavation does not yield any further fruitful results. The team needs to re-strategize so as to solve the riddle. Yes, they are frustrated but they still do not lose hope. They look up Dave Blankenship’s documents and then, set off to explore another island.

Will they discover something worthwhile in the next episode? Only time will tell!