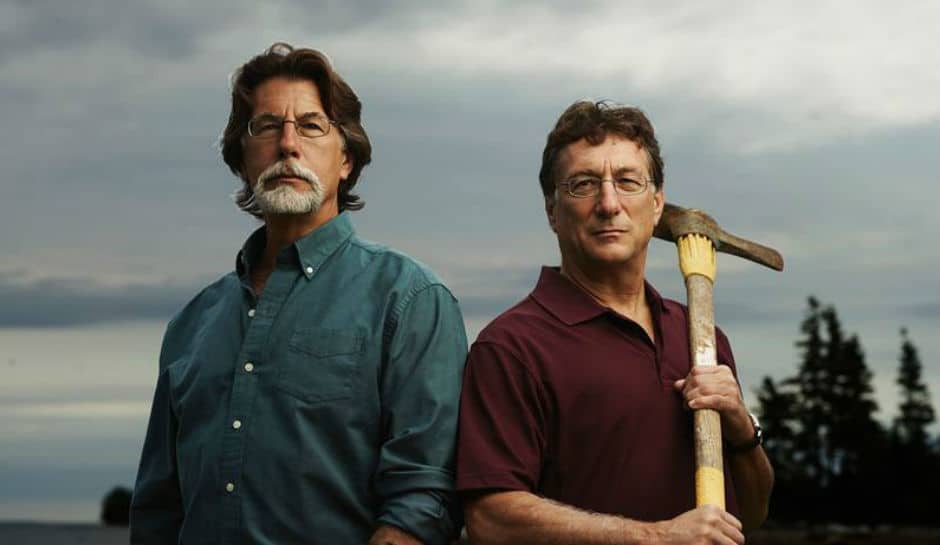 The premiere of the ninth season of ‘The Curse of Oak Island’ opened with the Laginas looking forward to their next catch. They remembered how they chanced upon rare traces of silver in the water body they had inspected in the previous season, and that in turn fueled their hopes of finding something similar in the season 9 opener. To know how the rest of the episode progressed, take a look at the recap. Now, let us dive into the details for episode 2 of ‘The Curse of Oak Island’ season 9!

‘The Curse of Oak Island’ season 9 episode 2 will release on November 9, 2021, at 9 pm ET on History Channel. New hour-long episodes are slated to release on a weekly basis on Tuesdays.

Where to Watch The Curse of Oak Island Season 9 Episode 2 Online?

To watch ‘The Curse of Oak Island’ season 9 episode 2 on TV, you should tune in to History Channel at the above-mentioned timeslot. Even if you miss its original broadcast, you can head to History Channel’s official website and watch it there shortly after it drops on the cable channel. You can also choose to live-stream the show on Spectrum, DirecTV, FuboTV, SlingTV, Xfinity, and Philo TV. In addition, the episodes are available to purchase or rent on VOD platforms such as Microsoft Store, Vudu, and iTunes. You can watch the first seven seasons on Peacock TV in case you want to catch up or rewatch the show.

The second episode, titled ‘The Gold Metal,’ will feature the Laginas conducting more digging activities on the island. Now that the area around the Money Pit is out of the picture, the brothers have fewer options to choose from. However, they will chance upon the biggest lead item ever to be recorded in the history of the island.

In the season 9 premiere, titled ‘Going for the Gold,’ the Laginas recalled how they had found trace amounts of silver in the water towards the end of the previous season. Moreover, they are now under more regulatory oversight with regard to excavating. One of the primary changes observed in the episode is the fact that they have stopped digging outside the Money Pit area.

Meanwhile, the team resorted to a study of aerial imagery to ascertain the true nature of the water body they have been inspecting. Their research proved that the stone road was once a port constructed by Portugal. The Laginas ran another search around the Southeast corner of the swamp area along the stone pathway, and there they found pottery shards, barrels, and brass gear.

Even metal detecting didn’t locate anything worthwhile except for an iron bit that might be a part of a wagon wheel from 1650. They also conducted a water test in the Money Pit area that led them to samples containing gold measured in parts per billion. New boreholes in the gold concentrated areas also didn’t unearth anything interesting!