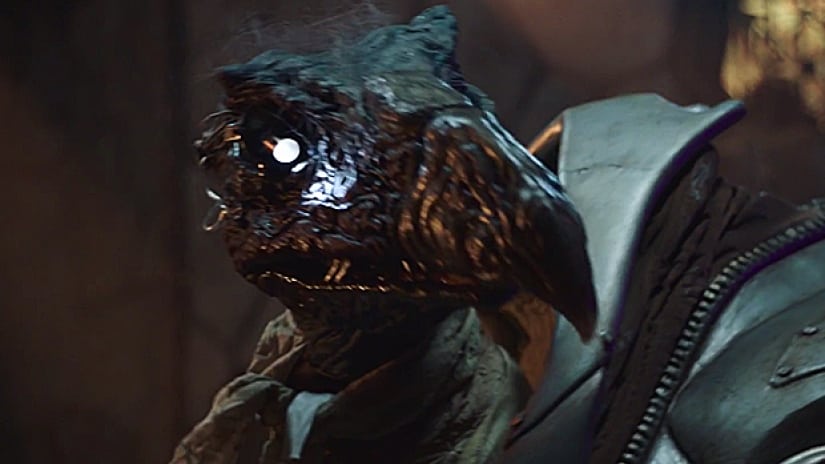 ‘The Dark Crystal: Age of Resistance’ is a fantasy television series that airs on Netflix. It has been produced by The Jim Henson Company. Louis Leterrier of ‘Transporter‘ and ‘Now You See Me‘ fame is the director of the show. The show is a prequel to the Jim Henson movie ‘The Dark Crystal’ which came out in 1982.

During the time of its release, the original movie made a name for itself as a high fantasy and adventure film that revolves around Jen, the last of the elf-like creatures Gelflings, who was taken in by the Mystics, a benevolent race. Jen has to fulfill the quest of restoring balance to his alien world by returning the lost shard of the powerful but broken gem that the malevolent Skeksis species uses to replenish themselves.

‘The Dark Crystal’ is considered a groundbreaking movie of its time, with incredible characters and great attention to detail. ‘The Dark Crystal: Age of Resistance’ tries to repeat the magic.

The Dark Crystal: Age of Resistance: Who is in it?

‘The Dark Crystal: Age of Resistance’ has an incredibly talented voice acting cast which is is led by Taron Egerton of ‘Kingsman‘ fame as Rian, Anya Taylor-Joy of ‘The Witch‘ fame as Brea, and Nathalie Emmanuel, famous for playing the role of Missandei on ‘Game of Thrones‘, playing Deet. They are the three Gelflings: Rian is a castle guard for the Stonewood clan, Brea is a princess of the Vapra Clan, and Deet is a prophet of the Grottan Clan.

The recurring characters include huge names like Helena Bonham Carter, famous for her roles in ‘Fight Club‘ and playing Bellatrix Lestrange in the ‘Harry Potter‘ movies, Natalie Dormer of ‘The Tudors‘ fame, Mark Hamill of ‘Star Wars‘ fame, Alicia Vikander of ‘Tomb Raider’ fame, Simon Pegg of ‘Mission Impossible‘ fame, and Mark Strong of ‘Tinker Tailor  Soldier Spy‘ and ‘Zero Dark Thirty‘ fame. There are several others and with such a talented cast we expect great things from the upcoming show.

The Dark Crystal: Age of Resistance Plot: What is it about?

If you are wondering whether you need to be familiar with the plot of the film before watching the series, you really don’t. The show has been made, keeping in mind that it has to target an audience unfamiliar with Thra and its story. However, if you watch the film beforehand, you will obviously have a greater appreciation for the show. The director spoke about this, saying, “Kids these days haven’t seen puppets that look like this. This is quite different, and sometimes quite scary. It’s multi-generational. The design and look is exactly the same [as the original], you’re going to like it.” Although the visuals look much better than the original film, no CGI has been used. The showrunners addressed this, saying, “We won’t be using CGI in this one,” Leterrier said. “It’s puppets, man. It’s all puppets.” The puppeteers have been moved post-production.

Netflix’s official synopsis of the show reads, “The world of Thra is dying. The Crystal of Truth is at the heart of Thra, a source of untold power. But it is damaged, corrupted by the evil Skeksis, and a sickness spreads across the land. When three Gelfling uncover the horrific truth behind the power of the Skeksis, an adventure unfolds as the fires of rebellion are lit and an epic battle for the planet begins.”

The idea of the show clearly is to explore the Gelfling culture and the beauty of their civilization before the inevitable extinction they faced at the hands of the Skeksis. The series maintains a degree of fidelity to the film when it comes to the representation of the characters, and we see here that the crystal turns the Skeksis from guardians to decadent monsters obsessed with power and longevity. The Gelflings realize that they are being targeted and set out to incite a rebellion.

Season 1 ends with Gelfling and the Skeksis preparing for a fateful battle, as the Scientist starts work on a new secret weapon. There’s a clear indication that season 2 will take the story forward and go deeper into the world of Thra.

The Dark Crystal: Age of Resistance Season 2 Release Date: When will it premiere?

‘The Dark Crystal: Age of Resistance’ Season 1 released date on August 30, 2019. Even though no announcement has been made about season 2, the way season 1 ends is indicative enough that there will be at least one more season, if not more. Our best guess is you can expect ‘The Dark Crystal: Age of Resistance’ Season 2 to release sometime in August, 2020. We will update this section as we hear more.

While we wait for ‘The Dark Crystal: Age of Resistance’ season 2, check out the season 1 trailer to refresh your memories.