When Will The Dead Files Season 12 Premiere? 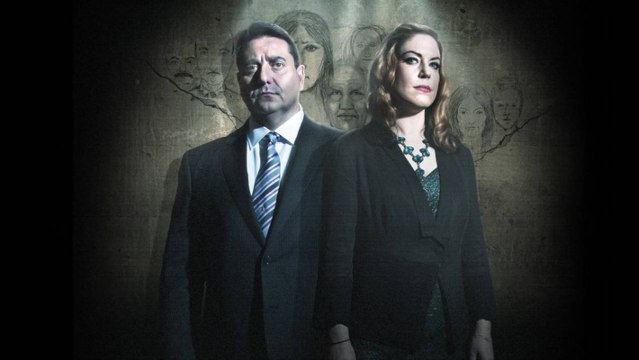 ‘The Dead Files’ is an American paranormal television series that airs on the Travel Channel and first premiered on September 23, 2011. The central premise of the show is based on the partnership between Amy Allan, a physical medium, and Steve DiSchiavi, a former homicide detective with the NYPD. Together, this duo explores haunted locations at the behest of their clients to check for signs of paranormal activities. They conduct their experiments individually, and whatever the investigations lead to, is finally discussed in the revelatory section where the client is also brought in. The findings are discussed and the client’s perspectives and accounts are also taken into consideration before making a call of whether the place is safe to stay in, or if one should consider getting out.

The realm of the paranormal has a very polarized audience reception – you are either drawn strongly towards the elusive charm of the mystic, the unknown, or you experience revulsion towards all things occult. The documentary-style show has however been the toast of occult lovers and for good reason. The show takes the obvious but successful approach of balancing the paranormal with the rational. We have the inclination towards the supernatural in the medium’s investigations while the detective represents rationality. Thus the show has an appeal that cannot be ignored. That’s why the show has seen a total of 11 seasons so far. Now, will there be a The Dead Files season 12? Here’s everything we know.

Who’s the Host of The Dead Files?

The iconic duo, Amy Allan and Steve DiSchiavi, play the hosts of the show. Amy’s career as a psychic medium and healer follows a long history of both on-air castings and psychic consultancies on various Discovery and Travel Channel Projects. Most notably, she had starred in the 2002 documentary, ‘A Haunting in Georgia’, before becoming a staple for the ‘Dead Files’ ensemble. Steve’s reputation in the world of paranormal investigations also lives up to his psychic partner’s gifts, as the detective has already been involved in many similar cases after his retirement. He also has a sliver of a career as a mainstream actor in the comedy skit ‘Stake Out: My Dad’s Rolex’ (2011) and the Edward Norton-starrer ‘Pride and Glory’ (2008).

What is The Dead Files About?

In his time, Officer Steve DiSchiavi was a famed key NYPD detective for the homicide department. After his long-standing career of 21 years of service, Steve is drawn towards the paranormal – to quench the irresistible urge to probe an area of mystery that is unexplored or otherwise outright dismissed by the state and other detectives.

The ‘Dead Files’ sees Steve team up with the psychic Amy Allan to scrounge up clues in hotbeds of paranormal activities that cause a nuisance to the local people or homeowners. The investigations often reveal quite an intriguing past associated with almost all of these cases. At the beginning of the show, Amy and Steve introduce their credentials and Amy almost sounds like the boy in ‘The Sixth Sense‘. Anyhow, we realize how they will be conducting investigations, and while Steve tries to interrogate people and dig into histories to determine the veracity of things, Amy walks through the house trying to put her finger on the sublime, that is feelings, impressions, and emotions.

Often the findings of the investigations coincide and while Steve reveals some sordid deed that went down in the house or location, Amy reveals the presence of the entity that is causing problems. Obviously, it is a horror cliche that if your house was ever a site of a sudden and violent crime, don’t move into it.

Amy too has her own demons. She once said, “I never know what I’m going to encounter when I go into these places, and it can be terrifying. But providing much-needed information for these homeowners, and giving them the tools to overcome these hauntings once and for all, is the ultimate payoff”. She claims to have been tormented by ‘shadow people’ from a young age so she knows what it feels like, I suppose. I don’t put much stock in such things, but Amy reminds me a bit of Lorraine Warren from ‘The Conjuring‘ series, and some of the findings on the show are hard to simply ignore.

Season 11 saw the duo solve cases like the demonic entity in Texas, and an increasingly violent paranormal presence in a New York home. It will be interesting to see what new cases the duo handles in season 12.

The Dead Files Season 12 Release Date: When will it premiere?

‘The Dead Files’ Season 11 premiered on July 11, 2019 and came to an end on October 3, 2019. As far as the next season goes, even though we are still awaiting an official announcement, there’s no reason for Travel Channel to cancel one of its highest performing show. So, we are sure the show will be back next year. If renewed, ‘The Dead Files’ Season 12 can release sometime in June or July, 2020. We will update this section as soon as we hear more.

You can check out this trailer of ‘Dead Files’ from one of the previous seasons.