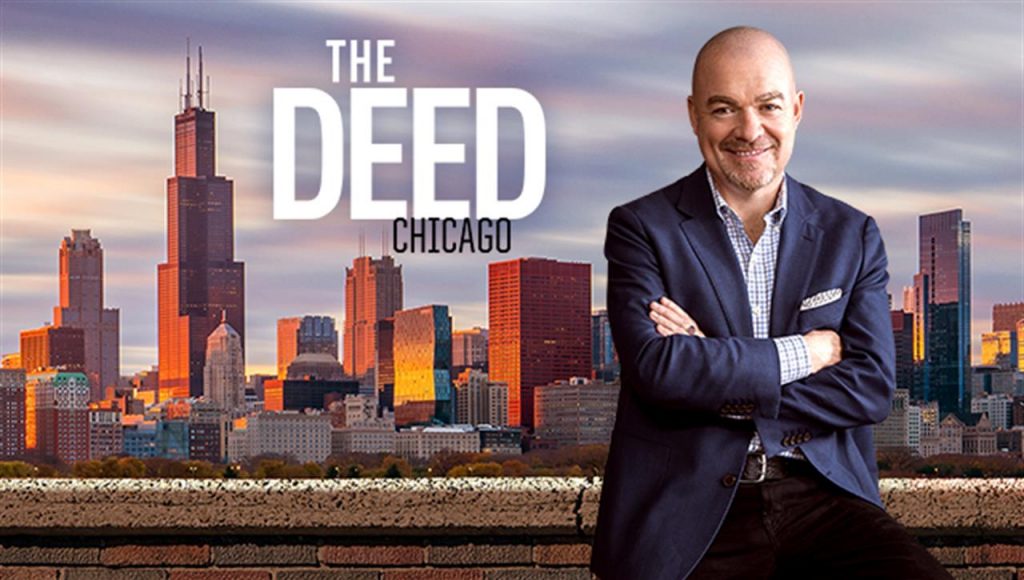 ‘The Deed: Chicago’ is a finance-based tv series that airs on CNBC. It features real-estate mogul Sean Conlon, who invests his own finances and utilizes his immense expertise in guiding property owners struggling with their projects in Chicago. Produced by Cineflix, the show is branded by CNBC as “a real estate version of The Profit.” It also gathers its inspiration from the multiple home-flipping titles on HGTV and A&E.

After a successful two-season run, the series was renewed for a third season. Here’s all you need to know about ‘The Deed: Chicago’ season 3.

The Deed: Chicago Season 3 Release Date: When will it premiere?

It forms a part of ‘The Deal’ franchise, which has another counterpart that follows Sidney Torres as he revamps properties in New Orleans. It embraces the same concept and airs as separate episodes on the platform.

‘The Deed: Chicago’ joined CNBC’s real estate programming block, which includes ‘Cash Pad‘ that follows ‘The Bachelorette‘ couple, JoJo Fletcher and Jordan Rodgers, who are now home flippers and renovate seemingly unprofitable houses into luxe vacation rentals. Next is ‘Listing Impossible’, where an experienced team of luxury building experts guides owners in selling their extravagant properties that have been experiencing a hard time in the market.

And finally, there is ‘Five Day Biz Fix’, in which husband and wife, Chrissy and Erik Kopplin, overhaul small businesses within a mere span of five days. We also see returning seasons of older, popular hits, including ‘Deal or No Deal‘, ‘The Profit: An Inside Look‘, ‘Jay Leno’s Garage‘, and ‘American Greed‘.

Who is the host of The Deed: Chicago?

‘The Deed: Chicago’ is hosted by England-born, Irish-American Sean J. Conlon, a real estate entrepreneur, who is a prominent businessman in the home-improvement sector, an investor, and a tv personality. He resides in Chicago and is the founder and chairman of Conlon & Co, CONLON/Christie’s International Real Estate, CONLON Commercial, and Conlon Capital.

In season 3, it has been confirmed that Conlon will return to resume his hosting duties.

What is The Deed: Chicago about?

‘The Deed: Chicago’ is an unscripted tv show which follows Sean Conlon as he invests in real estate properties in Chicago. He seeks out struggling property developers and offers them a hand in their venture. Conlon uses both his money and expertise after agreeing on a deal with the owner.

The agreement entails that he shall get a share of the renovated property and a percentage of the profits. Sometimes, it so happens that Sonlon needs to take the whole process into his own hands in order to convert a failing business into a profitable venture — which even includes firing the current contractors. The establishments featured across the episodes range from single-family homes to multiunit developments.

In one of the episodes, we meet real estate broker Berta, who aims to execute a flipping project that should generate a net amount of six digits. However, her cash is draining out fast and the project is completely off the tracks. In order to rectify her costly mistakes and cut her losses, she seeks the expert advice of Conlon.

Another episode follows professional flippers Mark and Bryan, who purchase the wrong house at an auction. Now, a profit-killing two-family gut job is threatening to empty their bank balance and destroy their business. Sean plans out a restructured strategy in order to help his partners.

Chantill and Larry decide to develop a property in Chicago’s South Side. But wrong deals and people transform a business, which was supposed to generate a truckload of cash, into a failure. Sean curates a plan, that unfortunately also involves a confrontation with the buyer. Kai and Bernette purchase a house in South Side, Chicago. However, since most of their savings went into the investment, they cannot convert their flipping dreams into reality. Sean offers his own finances to help them out.

Season 2 features even more ambitious projects, which “come with bigger risks… and bigger potential paydays – from a high-end commercial designer who is more concerned with her brand than the budget, to an ambitious ex-con who’s buried under a thirteen property flip” — according to CNBC.

The ambitious show attempts to shed light on the luxurious market of home-flipping, which is often considered a fast track to the American dream. However, these gambles often involve high stakes and sometimes, it needs a lot of effort to take these troubled projects to payday. Profits can quickly diminish to zero with a small mistake. However, when Sean Conlon steps in, lives and fortunes can transform with a single, well-planned, and perfectly executed deal.

Below is the official trailer for ‘The Deed: Chicago’. If you wish to check out its previous episodes and highlights, you can also head to their official website.