When Will The Degenerates Season 3 Premiere on Netflix? 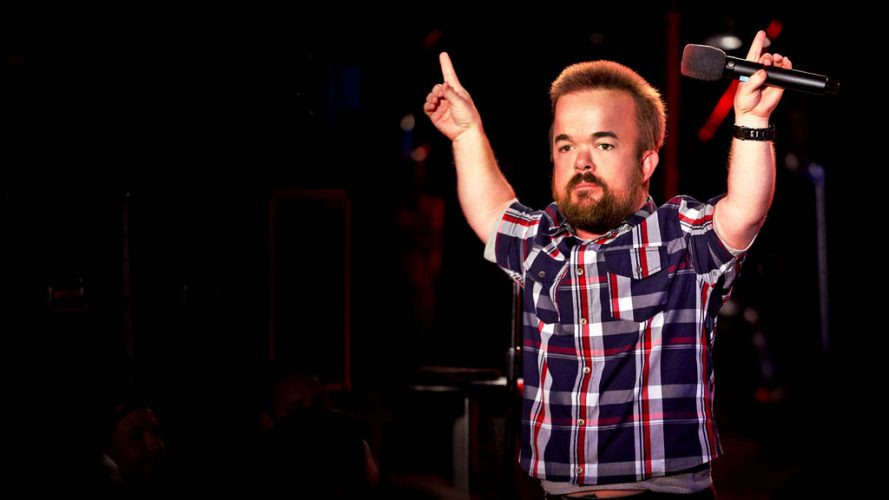 Netflix became a prolific stand-up production machine way back in 2017, the first year that the network produced over 50 unique stand-up comedy gigs in a single year, and the numbers have only been on the upswing since then. So incrementally prominent that it seems like overcompensation for other, less fortified, categories – the network blew six-figure dollars on bringing the likes of Amy Schumer and Jerry Seinfeld on stage.

One silver lining about having such a voluminous pile of stand-up comedies is that it is a diverse stack. Whether you will find a consistent level of quality in comedy is debatable, but you will never be hard-pressed for choice. If you want iconic comedians that used to rock the stage decades back, Netflix has you covered.

If you want a series with comparatively less well-known comedians from across the world on an international screen, Netflix has the indie talent to offer. If you want the more slanted and controversial side of humor that would not sit well with the average 2018 audience, Netflix has you covered with niche shows like ‘The Degenerates’, a series which brings together half-hour specials where political correctness takes a backseat in favor of a 90’s ‘Comedy Central’ vibe.

‘The Degenerates’ premiered with its first season in October 2018. It was soon renewed for a second season, which then landed on Netflix in December 2019. Now the question is, will there be a ‘The Degenerates’ season 3? Let’s delve right into it.

The Degenerates Cast: Who is in it?

If you have seen stand-up specials before in general, this is nothing out of the ordinary themed stand-up series draft: in its six-episode apiece, the show stars a US-based comedian — who otherwise would be too niche to garner mainstream recognition — performing their half-hour sets. The backgrounds of these six comedians in season 1 vary — from Big Jay Oakerson and Yamaneika Saunder’s uptown New York fame to Jersey-based Cuban-American ‘CoCo’ Joey Diaz. The rest of the six are Lisa Traygar, Californian writer-actor Brad Williams, and Canadian-American podcaster and comedian Christina Pazsitzky.

What’s The Degenerates about?

Like we said earlier, ‘The Degenerates’ is a show that benefits from Netflix’s library being expansive enough to allow their stand-up specials to delve into a niche and quirk-heavy territories. ‘The Degenerates’ is no misnomer, as the comedy involved is more often than not salacious, unfiltered, and unaffected by any concern of political correctness.

That said, it would be unjust to seek political alignment in its comedy. At its best, ‘The Degenerates’ is a mixed bag with varying themes and walks of comedy, and at worst, it may devolve into being tacky and unfunny depending on your perspective – though, as we always say, every comedy routine can and will incite enjoyment in someone else if it necessarily did not seem fun to you. With that in mind, here is a rundown of the covered subject in each comedian’s set if you wish to watch selectively.

In the first special, Jay Oakerson does a routine where he talks about the consequences of having a teenage daughter sending the audience in splits. He also talks about several topics that cover offensive words as well as throws light on being disrespected as a man, drawing more laughs. In the second episode, comedian Brad Williams talks about the ups and downs of being little in the comedy world. He also talks about his entertaining marriage and discusses various kinds of misbehavior done by men.

Comedian Liza Treyger discusses with the crowd why it is so weird that nobody pays for porn. She conducts a sex experiment on the live set, sending the crowd in splits. Joey Dia, who is a veteran comedian, brings out social media issues, cultural taboos and much more in his comedic act. He also talks about his own history with kidnapping, drugs as well as sex. In the final episode, the podcast host, as well as comic Christina P, discusses the greatness of being a mature and a grown lady and also states how to deal with unpleasant and creepy dudes.

Season 2 throws the limelight on Jim Norton who derives humor from the darkest themes like Ted Bundy, Ms. Pat who is full of grandma-ish advice, Robert Kelly who talks about modern sexual interests, Nikki Glaser who loves to joke about sex, Donnell Rawlings who seems to be losing his patience with the antics of the current generation, and Adrienne Lapalucci who is an intense feminist.

Season 3, after its release, will embrace the same trope and feature half a dozen fantastic comedians as they continue to entertain their enthusiastic fans.

The Degenerates Season 3 Release Date: When will it premiere?

‘The Degenerates’ Season 2 premiered on December 31, 2019, on Netflix, in all its entirety of six episodes.

Netflix has not come up with an official announcement with regard to a third season. But considering the fact that the show enjoys a positive rating among viewers, it is not to difficult to presume that another season is making its way to the small screen. If things go as planned and if Netflix follows its previous, yearly release schedule, ‘The Degenerates’ season 3 should premiere sometime in December 2020.

While we wait for an update on ‘The Degenerates’ Season 3, check out the season 2 trailer here to refresh your memories.