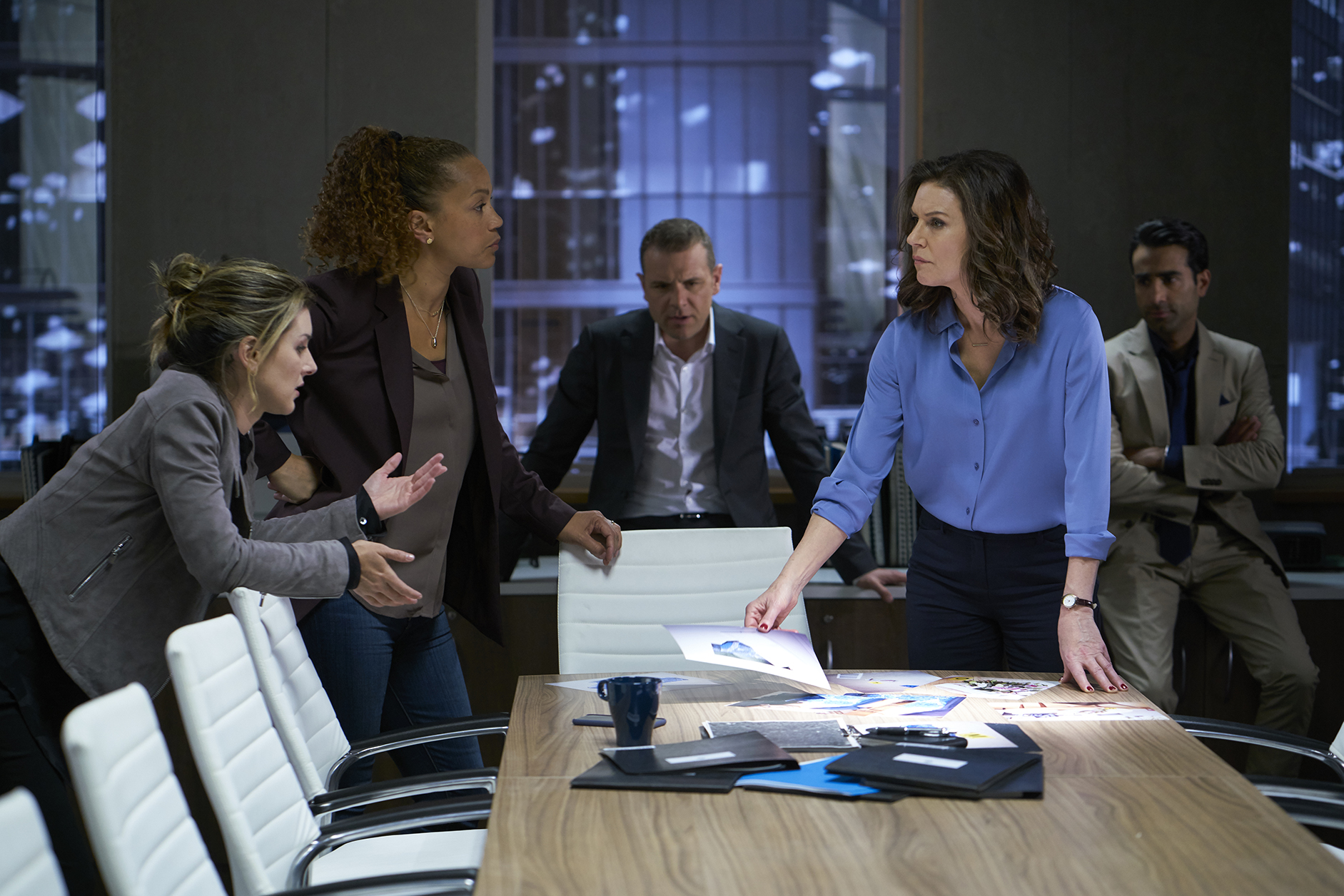 Developed by Ley Lukins, ‘The Detail’ is a Canadian police procedural drama series that revolves around a trio of female detectives, who primarily solve various homicide cases. The show, which premiered on CTV on March 25, 2018, follows the protagonists as they tackle their own personal issues. Inspired by the British crime drama ‘Scott & Bailey’, ‘The Detail’ is executive produced by Ilana Frank, John Morayniss, and Linda Pope and developed by Ley Lukins.

The Detail Cast: Who is in it?’

‘The Detail’ stars Shenae Grimes-Beech as the street-smart Detective Jacqueline “Jack” Cooper, an official with keen insights but a troubled personal life. Angela Griffin features as Jack’s mentor, Detective Stevie Hall. She is a shrewd and witty interrogator. Wendy Crewson portrays Staff Inspector Fiona Currie. She is the boss of the homicide unit and is hell-bent on securing justice, no matter the cost.

The Detail Plot: What is it about?

As we already mentioned, ‘The Detail’ follows three female homicide detectives as they tackle various cases in an around their city. The show begins with Jack, who is devastated when her partner, Zach, announces a break-up during their first anniversary. On the other hand, news arrives about an apparent suicide of a 30-something woman, wife of Dr. Hickman Rashi. Stevie is however suspicious when she discovers that the victim bears injury marks on her body, quite unrelated to her suicide attempt. As the story unravels, the trio discovers that she was 12 weeks pregnant, which might be a motive for murder.

The show also introduces us to Martin Reed, a serial killer, who is currently serving three consecutive life sentences for the murders of three homeless men. However, he again comes under the radar when a fourth victim is murdered in the same style. The detectives are next reported about the case related to the death of 16-year-old Deanna Williams, whose raped and stabbed body is discovered in the boot of her father’s car. As Jack and Stevie delve further into the case, they are led to Cole as the primary suspect.

Stevie and Jack try to find a pattern in the murder of Beth Tremblay so that they can prove Zach Grayson to be the killer. The duo attempts to establish a similar style that was evident in the sexual assault of another victim, Emma Write. But when Marc unexpectedly arrives as the defense lawyer for Zach, Jack realizes that he plans to use the information she had privately disclosed to him during their relationship.

Well, above are just a few examples of the various cases covered during the entire run of 10 episodes from the series. In fact, each episode deals with a different homicide and explores Stevie, Jack, and Fiona, as they use their expertise and know-how to crack open even the toughest of puzzles. Meanwhile, we also witness the personal struggles of the characters, especially those of Jack. We see how she fails in her relationship, discovers she is pregnant, and finally suffers a miscarriage. However, these problems do not stop the protagonists from carrying out their duties.

‘The Detail’, in short, can be described as a bold detective drama that’s quite different from other titles in the genre, in terms of smart storylines that are analyzed completely from the female viewpoint. As stated by Brandon Burgess, Chairman and CEO of ION Media: “The contemporary narrative is one that will resonate with viewers and add depth to our growing lineup of original series.”

The Detail Season 2 Release Date: When will it premiere?

‘The Detail’ season 1 premiered on March 25, 2018, and concluded with its 10th and final episode on June 3, 2018, on CTV. As far as the next season goes, we have bad news for the fans. Just two days after the season 1 finale, CTV announced the cancellation of the show. Considering the declining viewership of the show, it was expected that CTV may not continue for another season. Though, fans should not lose all their hopes. There’s still a possibility that some other network picks up the show. If that happens, we will update you about ‘The Detail’ season 2 release date.

As we already mentioned, ‘The Detail’ is not returning for a season 2. But you can still catch all of its episodes on CTV. Also, you can also check out the season 1 trailer below in order to get an idea of what the show is all about.