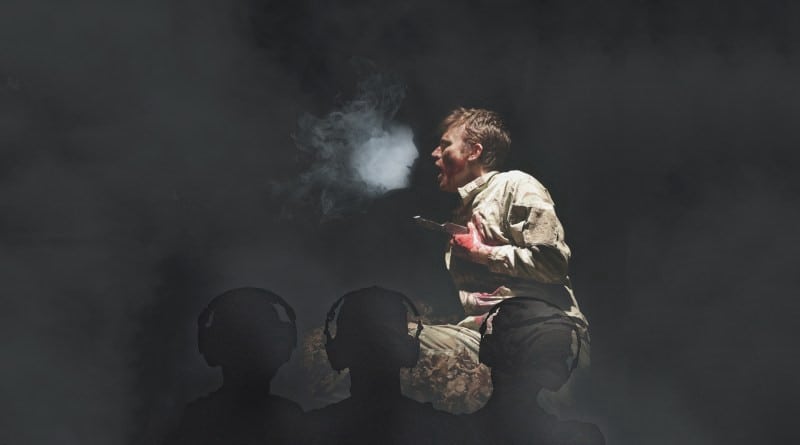 Crime Investigation is a very complicated subject and is often a very tedious task for those who perform it. Such investigations often go unappreciated and fail to get the due attention they deserve. Investigators involved must comb through every minute detail of a case and analyse them to solve a mystery. Shows based on such intricate and thrilling investigations are among the favourites of audiences, and it may just be Discovery Network’s forte what with the many related TV series and documentaries they have churned out in the recent years on ID.

The Devil Speaks is one such real-life crime-related docudrama series on Investigation Discovery that tries to solve crimes through re-examining voice evidence collected on investigations. The idea behind the series is to use these recordings to peel through the multiple layers of an investigation and get to the truth. From police interviews to phone recordings, the investigation is pursued until one last recording helps to solve the case.

Three different directors direct the series. Alex Emslie, who has mainly worked as an editor in her career, is the first director. She makes her directorial debut through The Devil Speaks. Ben Reid, the seasoned drama-documentary director, is the second director for the series. He has directed various docudramas such as Locked Up Abroad. The third and the final director is Sebastian Smith, who before The Devil Speaks worked as an editor with Ben Reid in Locked Up abroad. Sebastian Smith made his directorial debut in 2017 Tv series ‘Hear No Evil.’

The Devil Speaks Cast: Who is in it?

The Devil Speaks is an anthology series. Each episode has a different story attached to it, which means a new character is introduced in every episode to help with the dramatisation of the cases in question. We also see law enforcement officers appear to contribute their bits to the respective cases they were associated with. Thus, the format does not allow the series to have any permanent cast members as there are no recurring characters. The only actress who appeared in more than one episode is Karin Howard. She has played two different roles in two separate episodes. The Devil Speaks doesn’t employ a host either to narrate the events on the screen.

The Devil Speaks Plot: What is it about?

There are many ways in which a crime can be investigated. Generally, phone records, voicemail records, confessions of witnesses, and the accused prove to be the deciding factor. Most of these details are present in various types of voice clippings. This basic idea of using the voice clippings to get to the inner layer of a case is what formulated ‘The Devil Speaks.’

These recordings serve as a starting point since they connect us with the victim as law enforcement officers walk us through the investigation. Usually, we are introduced through a series of dramatisation tools to the lives of the victims before their unfortunate encounters and follow how their closed ones’ lives are overturned after. As the conclusion draws closer, a final piece of chilling and revealing evidence brought forwards that serves as the final testimony to the solving of an investigation.

In one episode, Jack Rains (Octogenarian grandfather) is brutally murdered at his residence in Murfreesboro, Tenn and when rumours start to spread about his affair with a girl half of his age, the police start to investigate the victim’s close friends. In another episode, an elderly couple Roy and Angie Woodley are found succumbed to their injuries after getting brutally stabbed in their Fresno home. Initially, it was believed that the crime was a robbery-gone-wrong. Later, detectives realise the perpetrator may, in fact, be a family member with a grudge.

The Devil Speaks Season 2 Release Date: When will it premiere?

The Devil Speaks Season 1 premiered on the Discovery network on August 21, 2018, and consisted of 6 episodes. Every episode is around 40 minutes long. The series has been well-received by the worldwide audience and has been called ‘highly addictive and eye-opening.’ Though the network has not announced a second season yet, it is expected to go on floors very soon. We estimate The Devil Speaks Season 2 to be ready for release sometime in 2020. We will make sure to update this section as we hear more.