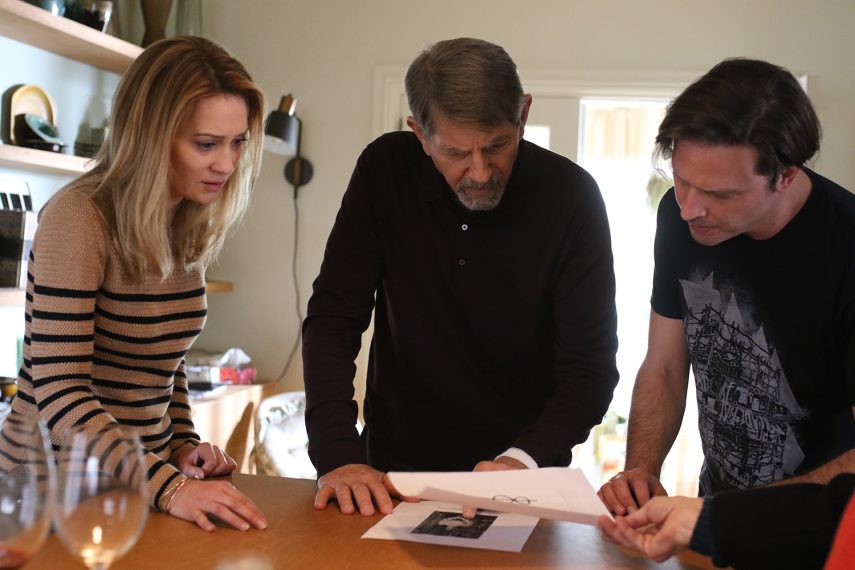 Nothing can be more devastating for parents than a scenario when their kid suddenly goes missing. Dramatizing this nightmarish experience is ‘The Disappearance’, a Canadian miniseries, which first debuted on CTV in October 2017 and then was released in the UK on the Universal in February 2018. Directed by Peter Stebbings and a recipient of multiple Canadian Screen Award nominations, it is written by Normand Daneau and Geneviève Simard.

The Disappearance Cast: Who is in it?

The Disappearance Plot: What is it about?

A psychological thriller, ‘The Disappearance’ follows the mysterious case of Anthony Sullivan after he suddenly vanishes during a treasure hunt (organized by his grandfather) on his 10th birthday. Luke and Helen Sullivan, in order to understand what happened on this harrowing day, take it upon themselves to locate their son. As their extended family, detectives, and cops try to figure out this perplexing mystery, dirty family secrets resurface, which threaten to break them apart. With a unique and intense story arc, ‘The Disappearance” is emotional, grappling, and focuses on the aftermath that a child’s disappearance can have on his family and neighborhood.

We do know that crime shows usually come with high stakes. But when it involves the apparent abduction of a 10-year-old boy, the stakes multiply manifold. Yes, when the victim is an innocent child (who is portrayed as bright and adventurous), we, as the viewers, desperately want a happy ending. And when we witness no clues whether Anthony is still alive, we become more invested, making the series extra addictive.

Moreover, this is not a story that involves only finding Anthony; it is about twisted backgrounds concerning each family member. His grandfather Henry has just moved into Luke’s home after the death of his wife Margaret. Since the father-son duo has never shared a close relationship, the only thing that keeps them together is the common love for Anthony. A microbiologist and a dedicated mom, Helen is practical and organized. Even after their separation, she still maintains a warm friendship with Luke. Catherine, Anthony’s aunt, is a wild, entertaining, and carefree career woman. She loves Luke (her brother) and almost always accompanies the family in every major gathering.

In ‘The Disappearance’, as the plot unfolds, we cannot tell one suspect part from another. It involves everyone living in the town. For example, when  Anthony submits a school project that contains photos, bills, and maps of his neighborhood, it leads to a huge scene — with the residents depicting him as a snoop and claiming that he botched up his assignment. This seems to be too stretched and strange unless Anthony unknowingly included something which everyone wants to stay a secret.

‘The Disappearance’ is a gripping show that offers a definitive conclusion to its story. No, there are no unanswered questions. You are not left hanging by the thread. It manages to leave you content after finishing with the finale. Short, apt, and concise, it brings to the forefront a circle of the darkest secrets and terrible lies that leaves you shocked. Set against a lush and colorful backdrop, it is also beautifully made. Hence, if you do want to witness CTV’s unique approach to the conventional child disappearance crime genre, you should definitely give it a try.

The Disappearance Season 2 Release Date: When will it premiere?

‘The Disappearance’ season 1 premiered on October 1, 2017 on CTV for Canadian audience and on July 9, 2019 on WGN America for US audience. This engrossing scripted drama is yet another addition to WGN’s slate of crime-focused shows, such as  ‘Bellevue‘, ‘Shoot the Messenger’, ‘Pure‘, and ‘100 Code‘.  After its debut in Canada, the series was branded as the Top new Canadian program with total viewers and all key demos mounting up to around 900,000 viewers. So, we can almost predict its performance on the American platform. With such immense approval ratings from its audience, it is sure to garner appreciation here as well.

Now, witnessing the positivity surrounding the show, will ‘The Disappearance’ get renewed for season 2? As it must already be evident by now, this is a mini-series that has a closed and definitive ending within its six episodes. There are no open loopholes. Hence, there’s definitely no scope for the story to continue further. But, the world of entertainment arrives with its own surprises. Maybe, the creators decide to take up another plot line. If we do learn about ‘The Disappearance’ season 2 release date, we will update this section immediately.

Here is the official trailer for ‘The Disappearance’ season 1. You can check it out below to understand what this show is all about.