When Will The Dragon Prince Season 3 Premiere on Netflix? 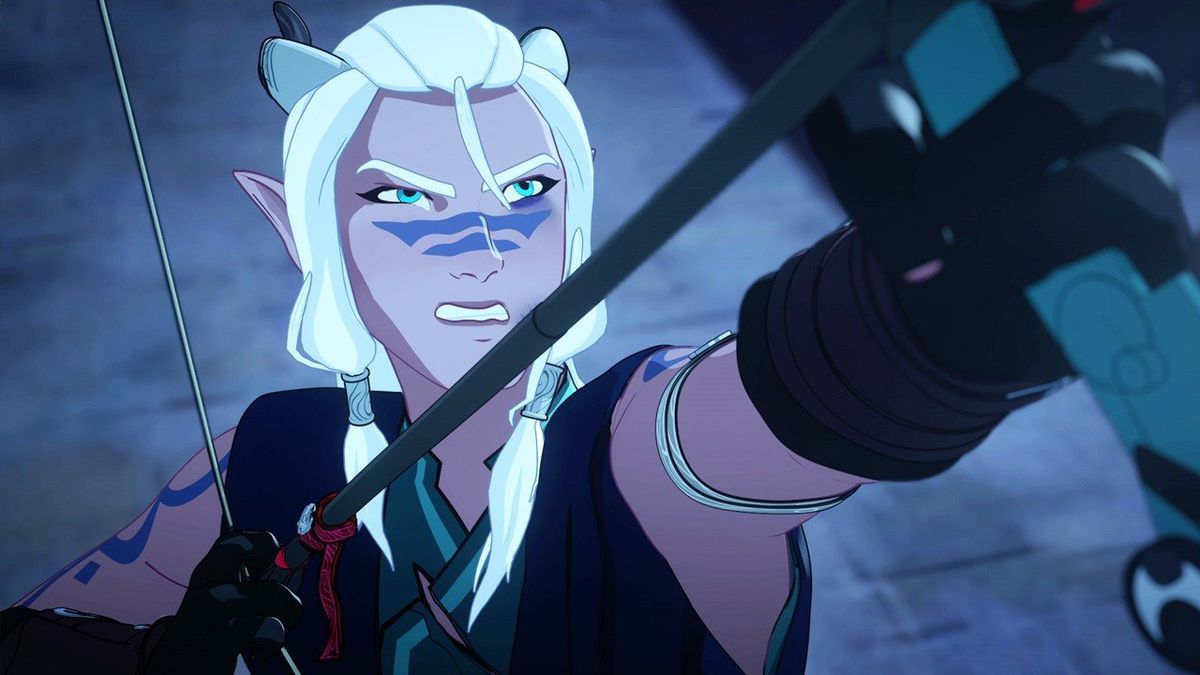 One of the most popular shows based on video game, ‘The Dragon Prince’ is a computer-animated fantasy web television series that airs on Netflix. Created by Aaron Ehasz and Justin Richmond, the show is set in a world called Xadia where humans and magical creatures are on the brink of war.

Both Ehasz and Richmond have been involved with several popular animated shows and video games in the past. While Ehasz served as the writer and co-executive producer of the immensely popular animated series ‘Avatar: The Last Airbender’, Richmond is known for co-directing the critically acclaimed video game, ‘Uncharted 3: Drake’s Deception’. So, when they came together to create ‘The Dragon Prince’, Netflix could hardly turn them down.

The show has had two successful seasons so far. Season 2 of the show finished airing in February, 2019. Now, the question is when will ‘The Dragon Prince’ Season 3 come out? Here’s everything we know.

The Dragon Prince Cast: Who’s in it?

Being an animated show, the main cast members of ‘The Dragon Prince’ are all voice actors.

Jack DeSena is the voice of the show’s main protagonist, 15-year-old Callum, who is the stepson of King Harrow, and the first human in the history of the show’s world to be able to use primal magic. Sasha Rojen voices Callum’s 10-year-old half-brother Ezran, who is the crown prince of Katolis and has the ability to speak to animals. Joining DeSena and Rojen is Paula Burrows, who voices Rayla, a 15-year-old Moonshadow Elf assassin who joins Callum and Ezran in their quest.

Apart from these three characters, the show has dozens of characters, as it has three large factions in the form of humans, elves and other denizens of Xadia, and magical beasts and creatures.

Among elves, Erik Todd Dellums voices Aaravos, a Startouch Elf who is a master of both primal and dark magic. Jonathan Holmes, meanwhile, voices Runaan, the leader of the Moonshadow Elf assassins who are sent to kill King Harrow.

The Dragon Prince Plot: What is it about?

The show is set in the fantasy world of Xadia, which is a place thriving with magic derived from six primal elements – the sun, the moon, the earth, the stars, the sky, and the sea. This magical realm is inhabited by all sorts of magical creatures as well as humans.

However, the humans, who could not use primal magic, become overcome by their greed for power (who could have guessed, right?), and invent the use of dark magic, which is fuelled by the life essence of other magical creatures. As the humans started exercising dark magic at the cost of the other inhabitants of the realm, they were driven off by the dragons and the elves of Xadia, and pushed into a far corner of the continent where they went on to form five kingdoms, including Katolia.

Peace prevailed for a while when the Breach, or the border separating the two halves of the continent, was guarded by Thunder, the king of dragons. However, the humans end up destroying the peace when they kill Thunder and destroy his egg. In retaliation, the elves attempt to assassinate King Harrow and his son Ezran, but things get complicated when the young Rayla, along with Callum and Ezran, discover that the humans had not managed to destroy the dragon king’s egg, which had actually been stolen by King Harrow’s advisor, Viren. Meanwhile, King Harrow gets killed in the assassination attempt, and the power-hungry Viren takes the throne and pushes the humans towards war.

In a bid to prevent all-out, mutually destructive war between the humans and the elves, Callum, Rayla, and Ezran manage to steal the egg from Viren and they take it upon themselves to return the egg to the elves. Enraged, Viren sends his children after the three heroes to recover the egg at all costs. In this background, the show follows Callum, Rayla, and Ezran as they try to prevent Xadia from plunging into war and chaos.

Season 2 ends with Ezran using his gift to help Callum and then the latter waking up to new understanding of primal magic. Season 3 is going to continue the story thread and we will get to see what tricks Callum, Rayla, and Ezran come up with to save Xadia.

The Dragon Prince Season 3 Release Date: When will it premiere?

Making the announcement, Netflix said, “Season 3 finds Rayla and Callum finally at the cusp of entering Xadia, while young Ezran returns home to take his place on the throne. Meanwhile, Lord Viren begins to realize the influence and power of his new ally – the mysterious Startouch elf, Aaravos. As several storylines unfold in big ways, this season will be massively epic.”

While we wait for the new season of ‘The Dragon Prince’, here is the trailer for Season 2 to give you a glimpse into the epic show and the story thus far.