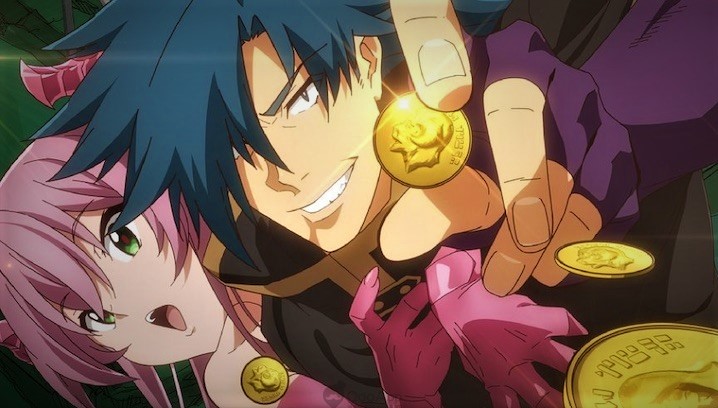 ‘The Dungeon of Black Company’ or ‘Meikyuu Black Company’ is an isekai comedy anime that follows Kinji Ninomiya, a lazy layabout with no work ethic who has amassed an enormous fortune through real estate investments. The NEET lives a luxurious life in a penthouse in modern Japan without a care in the world. However, one ordinary day Kinji gets transported to an alternate world where he is enslaved by an evil mining company and is forced to break his back just to have food on the table. Unperturbed by his cruel circumstances, he decides to take the challenge head-on and climb the social ladder to lead a luxurious life. Based on Youhei Yasumura’s Japanese manga series of the same name, the series first premiered on July 9, 2021.

The show went on to impress critics for its unique premise that keeps viewers engaged with its twists and turns. In its 12-episode run, the show managed to garner a decent global fan following and, after the conclusion of its first season, has left fans wishing for more. Curious about the show’s upcoming installment? Look no further; here’s everything you need to know.

‘The Dungeon of Black Company’ season 1 released on July 9, 2021, and concluded after a 12-episode run on September 24, 2021. The series premiered in Japan on the aforementioned dates on Tokyo MX, TV Aichi, ABC, AT-X, and BS-NTV. The first season was animated by Silver Link, with Mirai Minato helming the directorial team and Hitomi Mieno leading the writing staff.

As far as season 2 of the isekai anime is concerned, here is everything we could find out. Neither Studio Silver Link nor anyone else involved in the show’s development has officially announced its renewal as of now. Although the anime does have a decent fan-following, the rating of the first season was average. However, Studio Silver Link has previously produced sequels of shows with similar reviews, so it would likely be the case for the isekai fantasy anime as well.

Unfortunately, the biggest hurdle is the lack of source material. The show’s first season has already adapted six out of seven volumes of the eponymous manga series. Yasumura’s manga was first released on May 10, 2017, and ever since then, a new volume has been published every 6-7 months (except for volume 7, which came out one year after its predecessor).

Assuming that the manga goes back to its regular release pattern, it will take at least three years to have enough source material to warrant a second season. Considering the production and other factors, we can expect ‘The Dungeon of Black Company’ season 2 to premiere sometime in 2024 or later.

The Dungeon of Black Company Season 2 Plot: What Can it Be About?

In the season 1 finale, Ninomiya is arrested for violating the demonite trading and exchange law. Veruza does not miss out on the opportunity and, in a press conference accompanied by other workers of Raiza’ha corporation, blames the protagonist for the loss they have suffered. Meanwhile, Kinji gets tortured in a cell away from the public eye. Wanibe realizes that it is time to use the emergency manual he created for such moments of crisis.

Later in the Raiza’ha Mining corporation stakeholders meeting, Veruza becomes the director of the Detmolt. However, when the motion to make Ninomiya the CEO is passed, she can’t help but get angry. However, by that time, Wanibe and other have made arrangements for Kinji’s release. After telling his friends about his deep-rooted desire to expand the business, the protagonist then heads out to explore the rest of the world.

In season 2, Ninomiya will mysteriously get transported to an ancient time. Suffering from amnesia, he will struggle to make sense of his new world where adventurers flourish. Although he is naturally a very dominating and motivated individual when faced with challenges, the memory loss may even take that advantage from him. With countless dangers to his life, the protagonist will have to get back to his senses before it’s too late. However, as he usually does, we can expect him to make his mark in the ancient world ultimately, but it will surely be one hell of a wild ride.