When Does The Eric Andre Show Season 5 Premiere? 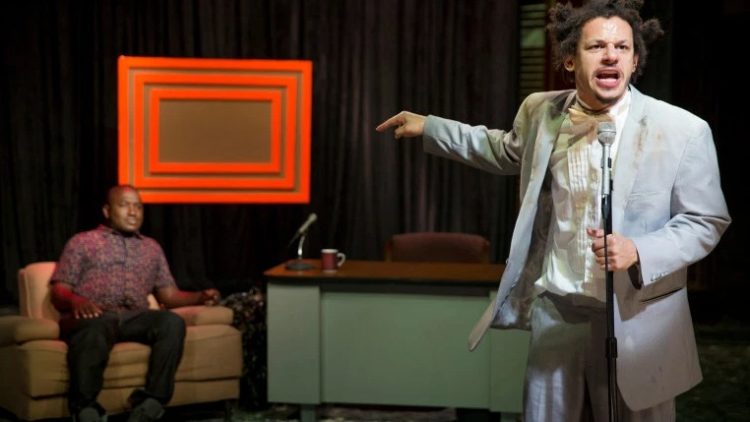 ‘The Eric Andre Show’ is a reality tv show that airs on Adult Swim. This surreal comedy series originally aired on the platform on May 20, 2012. Created as a parody of low-budget shows from the 1990s, it is directed by Kitao Sakurai and Andrew Barchilon. To date, the show has spanned four seasons. And to add to the good news, it was announced on November 1, 2019, that Adult Swim had renewed it for a fifth season. Read on to know all about the release of ‘The Eric Andre Show’ season 5.

‘The Eric Andre Show’ season 4 premiered on August 5, 2016, on Adult Swim. It concluded with its 10th and final episode on October 14, 2016. After a hiatus of over three years, Adult Swim announced on November 1, 2019, that the series had been renewed for another season. Now, the platform has confirmed its release date. ‘The Eric Andre Show’ season 5 releases on Sunday, October 25, 2020, at Midnight ET. It consists of 10 episodes.

‘The Eric Andre Show’ is hosted by Eric Andre, with Hannibal Buress serving as the co-host. Both the stars portray exaggerated versions of themselves — with Andre playing an eccentric, dysfunctional, violent, and psychotic character and Buress portraying a man who is exactly the opposite of Andre, but in his own weird way.

In the episodes, Andre is depicted as an erratic person who is constantly irritated, often loses his temper, does not stick to the script, and reacts in a hostile, uncomfortable manner with the visiting guests on set. On the other hand, Buress tries to pacify the situations created by Andre and mostly, acts as a counter for the latter’s actions. Usually, since Andre never offers his seat to the featured guest (there are only two seats on the set), Buress has to give up his chair, while lingering around the celebrity, making the star extremely uncomfortable.

Both Andre and Buress will return for season 5. Apart from the hosts, the show credits Robert Smith as the announcer, who makes announcements during the game segments across the episodes. Alongside the above trio, the house band forms a vital part of the series. Seasons have also featured guest stars, who make surprise appearances in the episodes. The guest list for season 5 includes names like Judy Greer, Blake Griffin, Luis Guzman, Omarion, Adam Rippon, Dermot Mulroney, Tia Carrere, Robin Givens, Lizzo, and Jai Rodriguez, among others.

What Can The Eric Andre Show Season 5 be About?

Each episode of ‘The Eric Andre Show’ follows a similar opening sequence, with Eric Andre entering the stage, smashing the backdrop, furniture, and his desk, and sabotaging the performance of the on-stage band members. After everything, Andre finally settles down and new settings are again put in place by the crew. As the music recedes, Hannibal Buress enters the stage, and Andre usually begins by performing a monologue. This dialogue delivery is generally a mix of surrealism and comedy. Along the way, Buress offers his comments, which causes Andre to become aggressive (at times). This is then followed by a mix of surreal interviews with stars, short sketches, camera clips, and non-sequiturs.

Toward the conclusion of every episode, an artist plays over the ending credits. This performance generally parodies novice acts from low-budget shows or features numbers from the band with a surprise twist.

Each season of ‘The Eric Andre Show’ has featured a transformation from the preceding season. For instance, season 1 has dark camera settings, season 2 is brighter with Eric wearing a gray suit, season 3 has Eric with straight hair, and season 4 has a new band. Now, even season 5 features the host in a completely new avatar. Eric had earlier stated in an interview on what to expect from the next edition:

“To get ready for it, I waxed my entire body, got over 200 pounds, and slept in a tanning bed. I also got a new, super ‘expensive’ set that looks like Liberace f—ed a Japanese game show. This is the season of ultimate decadence.” Other promotional photos also show him dressed as a bench and a raccoon-toting character with syringes on Freddy Kreuger-style gloves. Season 5 sees a colorful new set, with Andre involved in multiple bizarre activities like strangling a clown, crashing a motorcycle into his desk, ripping his own head off, getting shot in the heart, and scoring a soccer goal with his severed head.

You can check out the trailer for season 5 below: