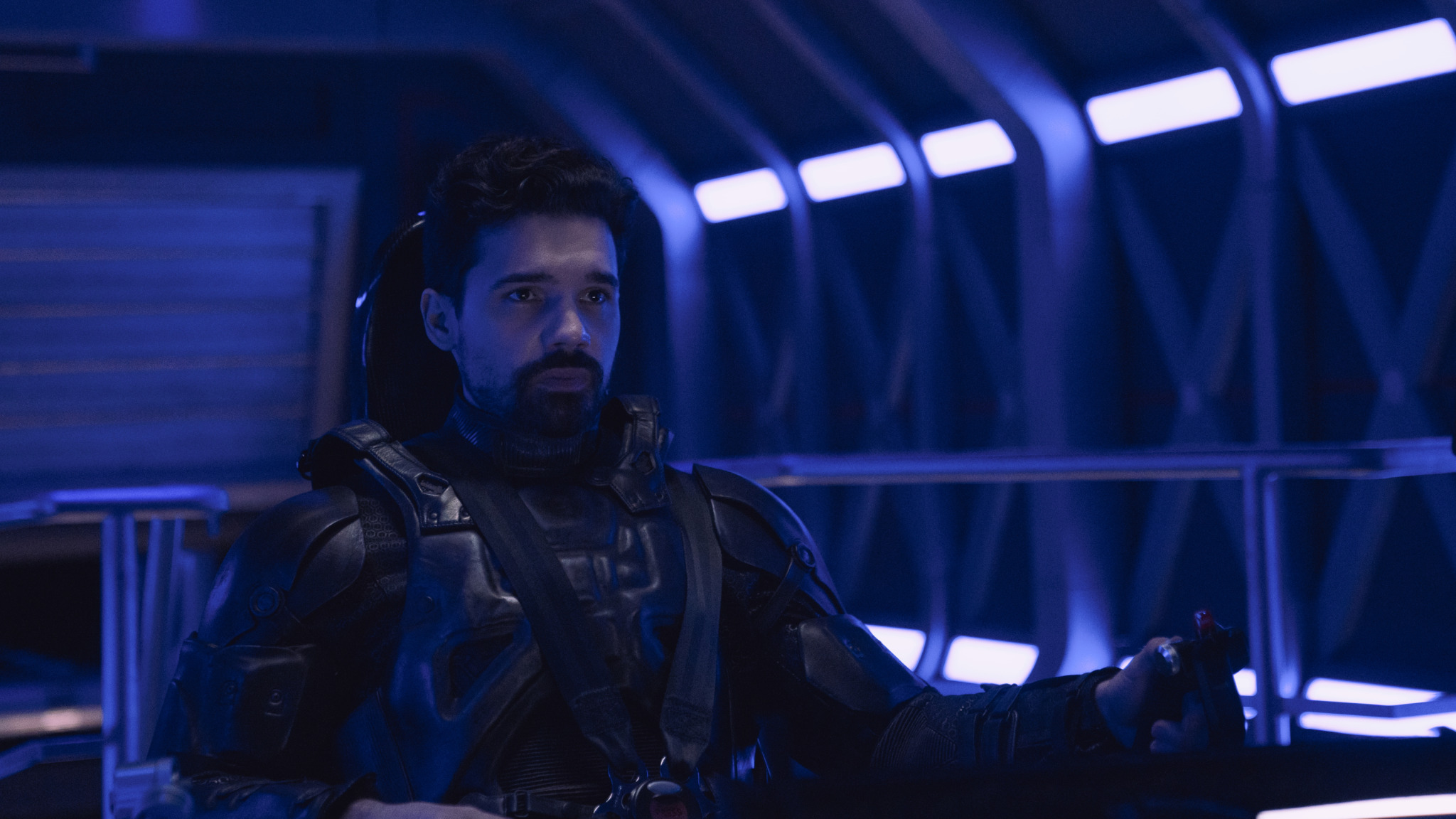 Developed by Mark Fergus and Hawk Ostby, ‘The Expanse’ is a sci-fi series that centers around the crew of a Martian gunship named Rocinante. Based on the eponymous novel series by James S. A. Corey, the series progresses through the involvement of Rocinante in the affairs of three pivotal powers who colonize the Solar System. The fifth season of the series ends with Marco’s attack on UN ships, which startles one of the largest powers in the galaxy.

With the help of the asteroid belts, Marco wages war against Avasarala and others. With United Nations and the Martian Republic in danger, fans of the show must be eagerly waiting for the sixth and final season of the show to deliver the answers concerning the future of the Solar System. Well, the wait is finally over as season 6 is ready to premiere soon. Let’s take a look at what’s in store!

‘The Expanse’ season 6 episode 1 is all set to land on December 10, 2021, at 12 am ET on Amazon Prime Video. The sixth and final season of the show will have 6 episodes with a runtime of 42–56 minutes each. Fresh episodes will release on the streaming platform on a weekly basis, every Friday.

Where to Watch The Expanse Season 6 Episode 1 Online?

You can watch ‘The Expanse’ season 6 episode 1 by logging onto Amazon Prime Video at the aforementioned date and time. Since the show is exclusive to Amazon, episodes of season 6 will not be available on other streaming services.

The first episode of ‘The Expanse’ season 6, titled ‘Strange Dogs,’ will follow the Rocinante crew as they make an astounding discovery on one of the asteroids. After Marco’s attack on UN ships, Holden and Avasarala are left wondering about Marco’s plans. The crew’s discovery may help them resist Marco’s further attacks to destroy the United Nations of Earth and Luna. We will also see Avasarala and Bobbie contend with the Earth’s destruction. As the UN Secretary-General, Avasarala may search for a way to strongly retaliate against Marco.

The episode will also see Drummer and her family confronting an inevitable decision. Upon betraying Marco, Drummer is on the verge of horrifying danger and the premiere episode of season 6 might showcase whether Drummer and her family will survive Marco’s retribution. Meanwhile, things aren’t going smooth on Ceres. Marco and Filip are struggling, and its aftereffect may have severe repercussions on Marco’s ambitions. While you wait for the premiere of season 6, watch its official trailer right here!

Chad L. Coleman (Frederick “Fred” Lucius Johnson), Lily Gao (Nancy Gao), Oluniké Adeliyi (Karal), and Michael Benyaer (Arjun Avasarala-Rao) are not expected to return as their respective characters’ fate is sealed in season 5. Kathleen Robertson, known for her performance as Clare Arnold in ‘Beverly Hills, 90210,’ will be seen as Rosenfeld Guoliang, a fierce believer of Belter independence and a key member of Marco’s team.