The Explosion Show Season 2: Everything We Know 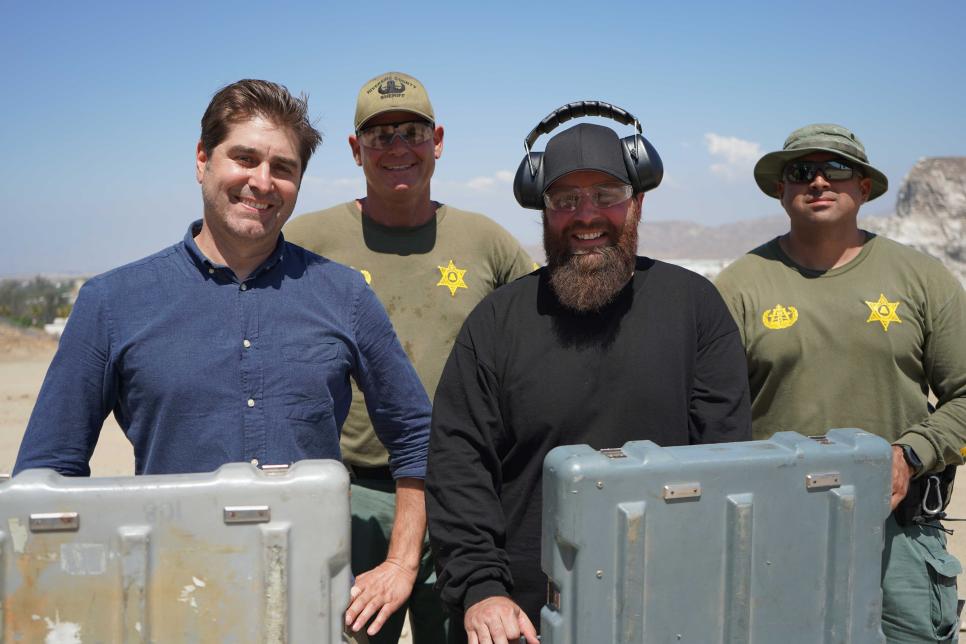 Science Channel has been feeding the audiences’ curiosity by generating expert-driven shows about science and discoveries like ‘Mythbusters,’ ‘Outrageous Acts Of Science,’ ‘What On Earth?’ ‘Mysteries of The Abandoned,’ and many more.

‘The Explosion Show’ is an action reality show featuring hosts Tory and Tommy, who embark on a mission to take the viewers behind-the-scenes to show how explosion takes place in our everyday life. For doing so, the duo spends time with professionals who are known for making things explode. If you’re a fan of ‘Mythbusters’ and love seeing things explode, this show is perfect for you.

Well, after a successful first season run, here’s what we know about ‘The Explosion Show’ season 2.

The Explosion Show Season 2 Release Date: When Does it Premiere?

‘The Explosion Show’ season 1 premiered on January 1, 2020. After airing for six episodes, it ended on February 5, 2020. You can watch the episodes on Science Channel. Moreover, new episodes were also released every week on the Science GO app.

Science Channel holds a reputation of creating first-rate reality programs that not only provide valuable insights but also entertains the viewers. And ‘The Explosion Show,’ is no less. With its exciting and unique concept, the show features lots and lots of explosions.

Talking about the show, Wyatt Channell, Executive Producer of Science Channel, revealed, “In The Explosion Show, viewers will not only see some serious kaboom action, but they’ll meet the trained professionals who get to detonate all kinds of things every day. These are tough, often dangerous jobs done by hard-working men and women who were patient and brave enough to let Tory and Tommy join them for some truly epic explosions.”

Noting the interesting premise, we are hopeful to see another season from the series. If the makers decide to go ahead with a renewal, we can expect ‘The Explosion show’ season 2 to premiere sometime in January 2021.

Tory Belleci and Street Bike Tommy star as the charismatic hosts of the show.

Salvatore Paul Belleci AKA Tory Belleci is a model maker and is known for his work on films like ‘The Matrix Reloaded,’ ‘Van Helsing,’ ‘Peter Pan,’ ‘Starship Troopers,’ and a few more. He is best known for hosting and conducting wacky experiments on ‘MythBusters.’

Tommy Passemante AKA Street Bike Tommy is known for performing dangerous stunts on Nitro Circus. Tommy once broke both his legs while attempting to leap his motorbike, Suzuki GSX-R, into a huge foam pit, while shooting for Nitro Circus, thus, gaining the name “Street Bike Tommy.” He is known for his crappy sense of humor and is often seen doing stunts that require zero to none skills but are still dangerous.

Each episode of ‘The Explosion Show’ features various experts, stuntmen, professionals, and daredevils who are masters of making things explode. Therefore, no cast members are fixed except the hosts. And in a potential season 2, we expect both Tory and Tommy to make their respective comebacks.

What Can The Explosion Show Season 2 be About?

‘The Explosion Show’ features thrill-seekers Tory and Tommy giving the viewers an inside look of the explosion industry. On one hand, the duo teams up with the Sheriff Bomb Squad (from Riverside, CA), who is in charge of ensuring public safety by detonating and disarming the bombs. And on the other hand, we see them setting up powerful explosives to blast through a quarry rock and expose the destructive properties of ANFO (Ammonium Nitrate/Fuel Oil). Well, that’s not it. The show also focuses on the hosts throwing light on the making of breath-taking Hollywood explosions. These guys cover it all.

Tory and Tommy travel across the country to explore the scientific reasoning behind the giant blast waves at New Mexico Tech center, discover the secret to sustain oneself through a massive explosion, learn about the formation of construction materials by blowing up mountains, and also gain an understanding of FBI’s usage of forensics in investigating bomb cases – and many more events.

According to the Science Channel, “There will be science, hijinks, and close-calls, but most importantly, there will be lots and lots of explosions.” Season 2 is expected to embrace the same concept while taking viewers on another, explosion-packed, thrilling ride!

Check out the sneak-peak of ‘The Explosion Show’ season 1 here, while you wait for an update on season 2.