Will There be a Season 2 of The F Word? 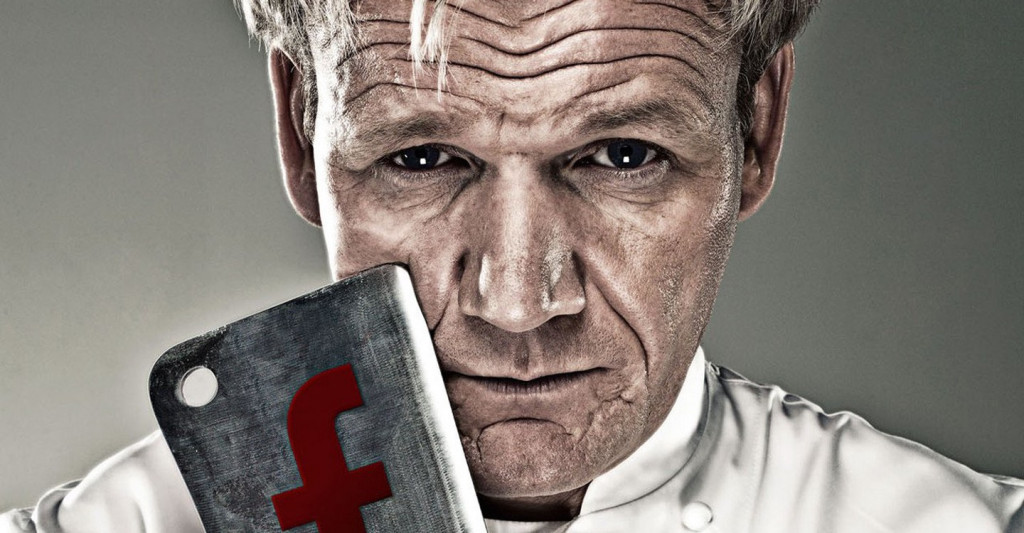 ‘The F Word’, contrary to what its name suggests, is an American competitive cooking reality television series that is aired on Fox. Based on the original British series of the same name, which ran from October 2005 to January 2010, ‘The F Word’ is created by award winning celebrity chef Gordon Ramsay, who also stars in the show. Having previously hosted critically acclaimed cooking reality shows like ‘Hell’s Kitchen’, ‘MasterChef’ and the like, Ramsay is no stranger to reality television, and ‘The F Word’ has all of Ramsay’s explosive antics that we are all familiar with.

A relatively new show, Season 1 of ‘The F Word’ made its debut on Fox on May 31, 2017, and was well received by fans of the genre. Since then, fans of the show have been eagerly waiting for news on a second season and here’s everything we know about ‘The F Word’ season 2 thus far.

Who’s the Host of The F Word?

‘The F Word’, in the only season that has been aired thus far, saw show creator Gordon Ramsay step into the shoes of host. The participants in Season 1 included Benjamin Kronick, Whitney Webster, Kayla Strong, and Charity Kay Johnston.

If ‘The F Word’ does return for a second season, we can definitely expect Gordon Ramsay to take up hosting duties again. As for the participants, we can’t be sure who all will be participating until an announcement is made on the same. On the other hand, we’re fairly sure that Season 2, if it materializes, will include many more notable guest stars and it’s anyone’s guess who they could be. We’re keeping our eyes peeled for updates on the cast of Season 2 and we’ll update this section as soon as we hear something reliable.

What is The F Word About?

‘The F Word’ has hour long episodes, and interestingly, it used to be telecast live when it was being aired. As far as the format of the show is concerned, ‘The F Word’ features families across the US who compete as teams in a high-stakes cooking competition. After the participants turn in their culinary creations to Ramsay and other guest judges, they are judged based on their culinary skills, presentation skills and other related skills which are desirable among chefs.

Interestingly, ‘The F Word’ strays from the beaten path as far as cooking shows are concerned and, in addition to the competition aspect, also features Ramsay having interesting conversations with his guest stars in the dining room. Occasionally, Ramsay is also seen making appearances in special field segments and meeting with culinary experts from all over the US.

Thus, on the one hand, ‘The F Word’ has everything that makes a competitive cooking show alluring – mouth watering dishes, intense cook offs, high stakes, and plenty of swearing (unsurprising, considering that Gordon Ramsay is involved). On the other hand, ‘The F Word’ also has talk show aspects that make it appeal to a wider audience.

The F Word Season 2 Release Date: When is it coming out?

‘The F Word’ season 1, consisting of 11 episodes, premiered on Fox on May 31, 2017 and ran till August 16 of the same year. In spite of the show being received enthusiastically by Gordon Ramsay and cooking show fans, a second season has not been confirmed yet, officially. Understandably, with more than two years having passed since the premiere of Season 1, many are wondering what befell the show.

Unfortunately, as of now, we don’t have an answer. The chances of a television series being renewed depends on its ratings and viewership, and while ‘The F Word’ did a decent job with Season 1, it did not perform exceptionally. While the pilot episode of Season 1 managed to rake in over 3.3 million viewers in the US, viewership declined steadily afterwards and the season finale was watched by 1.6 million viewers – half that of the pilot. The show’s ratings, too, saw a similar trend with the pilot episode getting a stellar rating of 1.00 in the 18-49 demographic and the finale managing a mediocre rating of 0.50 in the same demographic.

Hence, although Ramsay has been associated with Fox for a considerable period of time, there’s a good chance of the show getting canceled, courtesy its poor performance. While we don’t have official word on the future of ‘The F Word’ as of now, the lack of announcements in the two years that have elapsed is perhaps indicative of Fox’s intentions to cancel the show. Only time will tell. We’re keeping our ears open for news on Season 2 of ‘The F Word’, and we’ll update this section as soon as we hear something reliable.

While we wait for news on Season 2 of ‘The F Word’, here’s a link to the official YouTube channel of ‘The F Word’ so that you can check for yourself what the show is all about. Unfortunately, a trailer for the American version of ‘The F Word’ is not available. If and when Fox releases a trailer for Season 2, we’ll be sure to update this section to reflect the same.

Read more in TV Preview: How To Get Away With Murder | Big Mouth