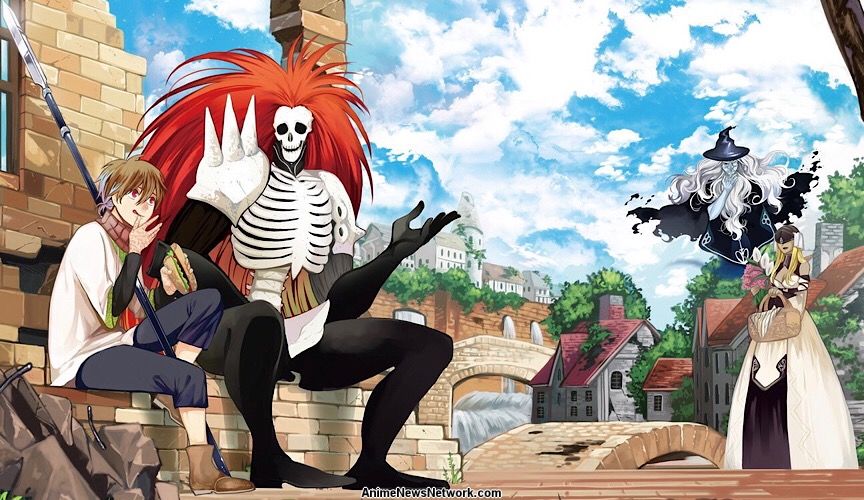 ‘The Faraway Paladin’ or ‘Saihate no Paladin’ is a fantasy adventure anime that recounts a story of self-discovery. Based on the Japanese light novel series of the same name written by Kanata Yanagino and illustrated by Kususaga Rin, the show follows a human child named Will who has been raised far from human civilization by the undead.

Because of the vague memories of his past life in contemporary Japan, he is horrified by the idea of repeating his mistakes and vows to make something of his new opportunity. Will begins to contemplate his life choices which eventually leads him to unexpected adventures. The anime first premiered on October 9, 2021. Here is everything you need to know about its upcoming episode.

‘The Faraway Paladin’ episode 2 is titled ‘The Wandering Sage,’ is slated to premiere on October 16, 2021, in Japan. The series will air on Tokyo MX, AT-X, and BS NTV at various times. Children’s Playground Entertainment has developed the show with Yuu Nobuta helming the directorial team and Tatsuya Takahashi leading the writing staff.

Koji Haneda has handled the character design while Ryūichi Takada and Keigo Hoashi have collaborated to compose the music. Hikaru Masai has performed the opening theme song, “The Sacred Torch,” and the ending theme track “Shirushibi” (Mark of Fire) is sung by Nagi Yanagi.

Where to Watch The Faraway Paladin Season 2 Online

People who wish to watch ‘The Faraway Paladin’ season 1 can head to Crunchyroll. The series is available with original Japanese audio and English subtitles. The latest episodes are also accessible on VRV.

In episode 1, Will contemplates the deep-rooted fear in his heart that has been holding him back all these years. He looks back at the moments in his life where he could have shown more courage. He was merely a few months old when he met his three undead guardians- Mary, Blood, and Gus. Despite the obvious difference between them, the trio raised him with love and compassion. Will always desired to ask them why they decided to help him when they could have done better things in life. But realizing that he was hiding something from them always stopped him from having an honest conversation.

For some strange reason, Will can recall his past life in contemporary Japan. Although the memories are vague, they never leave him alone, and the protagonist eventually learns to live with them. The boy slowly grows up learning about different ancient gods and the words of magic offered up to them called Words of Creation. When he accidentally sees Mary burning herself, memories of his past life trigger an emotional response, and Will shouts that he can’t afford to lose someone again. In episode 2, the protagonist may learn something unexpected about his past life, which will help him remember his past more clearly. In his quest for truth, he will eventually stumble upon the secrets of the undead.