When Will The Feed Season 2 Premiere on Amazon Prime? 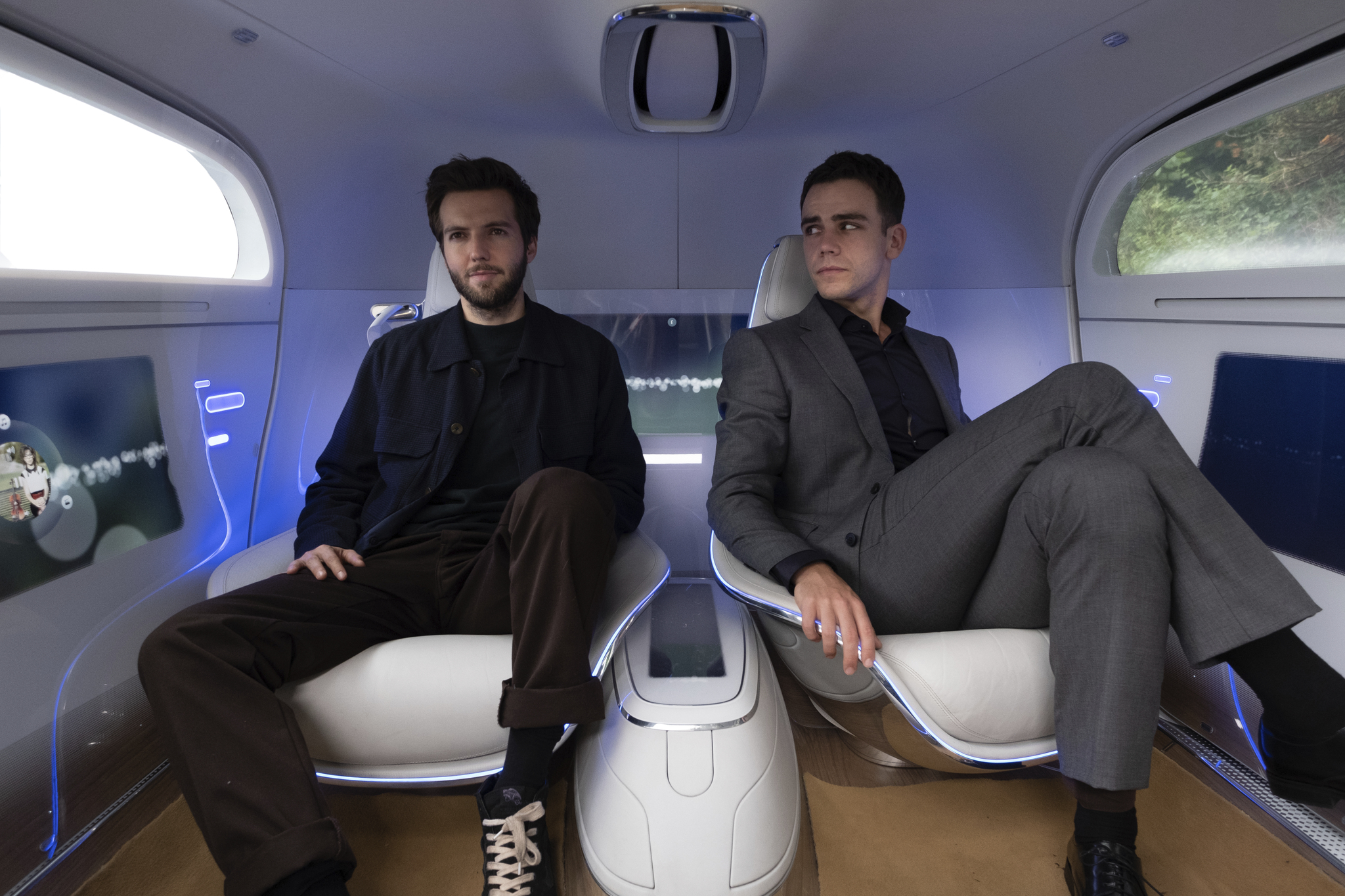 Is technology good or bad? Attempting to answer this very question (which, in reality, plagues the current generation) is the science fiction drama, ‘The Feed’. This British psychological thriller series is based on the eponymous novel by Nick Clark Windo and airs on Amazon Prime.

Set in London, the plot of ‘The Feed’ takes us to the near future where we meet Lawrence Hatfield and his family. Hatfield is the inventor of an omnipresent technology called The Feed, which when embedded in anyone’s brain, enables him/her to immediately share information, emotions and memories. However, when things take a drastic turn with the users turning malevolent, the Hatfield family needs to stop the destruction by all means before it is too late.

Created by ‘The Walking Dead‘ producer Channing Powell, who is also the showrunner, ‘The Feed’ is directed by Colin Teague, Jill Robertson, Tinge Krishnan, Carl Tibbetts, and Misha Manson-Smith. The first season of the show was well-received. Now, the question arises: will there be a ‘Feed’ season 2? We will delve into that question, but first let’s quickly look into the details of the series.

The Feed Cast: Who is in it?

‘The Feed’ stars David Thewlis (‘Wonder Woman’, ‘Harry Potter‘, and ‘Fargo‘) as Lawrence Hatfield, who has invented the eponymous technology that drives this whole series. Michelle Fairley from ‘The White Princess’, ‘Fortitude’, and ‘Game of Thrones’ fame plays Meredith Hatfield, Lawrence’s wife and “the CEO of the powerful global mega-company which runs The Feed.”

Guy Burnet (‘Pitch Perfect 3′, ‘Hand of God’, and ‘Ray Donovan‘) portrays Tom Hatfield, the eldest son of the family. Tom was the first guinea pig for his father’s experiment, which involved inserting the neural mesh that connects people to The Feed. However, this action on the part of Lawrence led to a split between the father-son duo, with Tom opposing the scientific creation.

Nina Toussaint-White (‘Bodyguard’, ‘Doctor Who‘, and ‘EastEnders’) stars as Kate, Tom’s wife, who supports her husbands viewpoints about the technology. Kate and Tom become parents to a baby girl — an event that coincides with some major changes to The Feed, which in turn, results in some drastic consequences for the entire clan.

Joining the lead cast in additional roles are Chris Reilly as Gil Tomine and Claire-Hope Ashitey as Evelyn.

The Feed Plot: What is it about?

‘The Feed’ is a sci-fi psychological thriller that focuses on the dangerous aftermath of technology. It narrates the devastating implications of deteriorating privacy in an age dominated by social media, gadgets, and the internet. However, this story goes a step further and explores what would happen when technology is implanted in the brain.

Just after ‘Black Mirror‘ left us shuddering in anticipation of a nightmarish near future, Amazon’s ‘The Feed’ further cements this belief. If you have watched the Black Mirror episode, ‘The Entire History of You’, you would note that the concept of ‘The Feed’ is somewhat similar to this plotline. Here, a titular gadget, when embedded inside the human brain, instantly records and shares each human experience.

The Feed was developed by Lawrence Hatfield but his own son Tom and daughter-in-law Kate, along with their baby girl, have been trying to live off the grid — although their father is the main mastermind behind this seducing technology. Meanwhile, Lawrence’s wife is the CEO of the company that oversees the various aspects of The Feed. As expected, the despicably omnipresent social network stars showing its true colors in due time. Its bearers become threatened with their own safety and Tom and Kate must take matters in their own hands to save humanity. In order to do so, the pair must dive deep into their complicated family history and arrive at a solution.

In short, ‘The Feed’ is the lethal combo of when ‘Black Mirror’ meets ‘Arrested Development’. We bet, this one-liner of a summary is interesting enough to tempt you to watch the show. Additionally, ‘The Feed’ may be based on a sci-fi premise but it tells a sensitive human story about survival and family. It is about the lengths that anyone would go to in other to protect the ones you love.

The Feed Season 2 Release Date: When will it premiere?

‘The Feed’ season 1 premiered on Amazon Prime Video on Friday, November 22, 2019. Its entire run for the first season consisted of ten episodes, all of which landed on the platform on the same date. If you like to binge on mind-bending shows then you must give ‘The Feed’ a try, if you haven’t yet.

As far as the next season goes, we don’t have an official announcement yet. Though considering how the first season ends, there’s a high likelihood of the show coming back. If renewed, ‘The Feed’ season 2 can release sometime in November 2020. We will update this section as soon as we hear more.

You can check out the official trailer for ‘The Feed’ season 1 below.