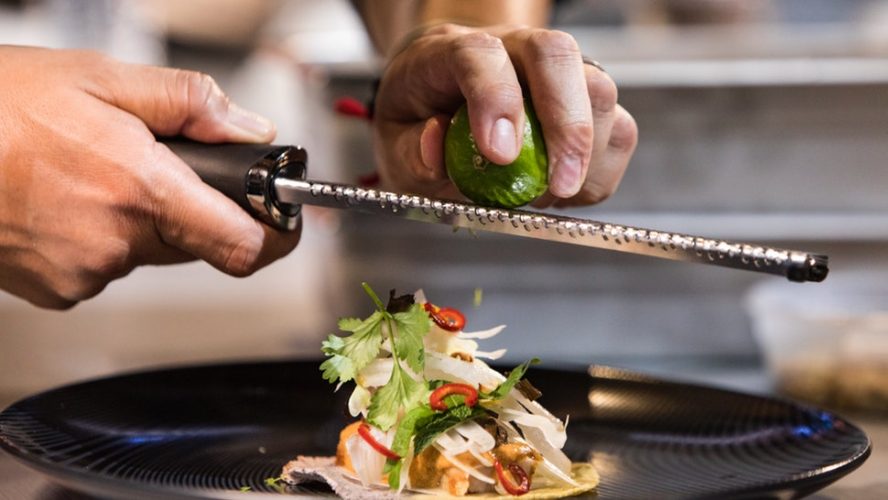 The Final Table is a cooking reality tv series directed by Russell Norman. The show first premiered on November 20, 2018, on Netflix.

The Final Table has won the Directors Guild of America Award in the category of Outstanding Directorial Achievement in Reality Programs. The splendid direction from Russell Norman makes the show stand out from the roster of other cooking shows. Though, the show also received some criticism for not having any contestant from an African country. In any case, if you are a fan of MasterChef, this show is for you.

The Final Table Cast: Who’s in it?

The first season of the show featured 24 best chefs from around the world as contestants. Andrew Knowlton serves as the Host of the show. He is known for his works in Adventures for the Cure: The Doc (2008), Iron Chef America Countdown (2012), and Bon Appetit 24 Hours In (2015).

Season 1 had the following chef pairs:

What is The Final Table about?

The Final Table is an exciting reality TV cooking show that has its own format. We have 12 pairs of chefs from various nations desperately trying to impress the judges by cooking delicious dishes from across the world and presenting them perfection. Of the 24 chefs who participate, each is paired with another chef based who they are comfortable with, someone from their personal lives or someone who they might have worked with previously.

Each episode of the show is named after a particular country, signifying the genre of the dish the contestants have to prepare. In season 1, the countries included Spain, UK, Brazil, India, USA, Italy, Japan, and France.

In the first round, the cooking is judged by three members, a food critic, and two culturally significant residents of the episode’s titled country. The contestants who lie in the bottom three zone have to again compete in the second round called ‘The Final Plate Challenge’, by preparing a dish, the ingredient of which, is chosen by a renowned guest chef. The ingredient is relevant to the country’s culture.

The Final Table Season 2 Release Date: When will it premiere?

The Final Table season 1 premiered on November 20, 2018, with all the ten episodes releasing on the same day on Netflix. Though cooking shows are not new to us, The Final Table with its intriguing premise and incredible direction has put a new twists in the genre, giving it potential for continuity. However, the news for the renewal of season two is yet unclear.

Timothy Hollingsworth, the winner of the first season, shared his views on the changes that he wishes to make for season two in an interview: “I think it would make it more challenging to pick a wider mix of countries. I think it would be good to let chefs get creative with dishes instead of having them recreate something specific. Or at least specify whether chefs should get totally creative, or stick to the exact traditional recipe of dishes, which I don’t think is as interesting.”

Our best guess is that the show will get renewed and The Final Table season 2 will release sometime in November 2020. We will update this section as soon as we hear more.

Watch all the episodes of The Final Table season 1 and the irresistible trailer for the same on Netflix.