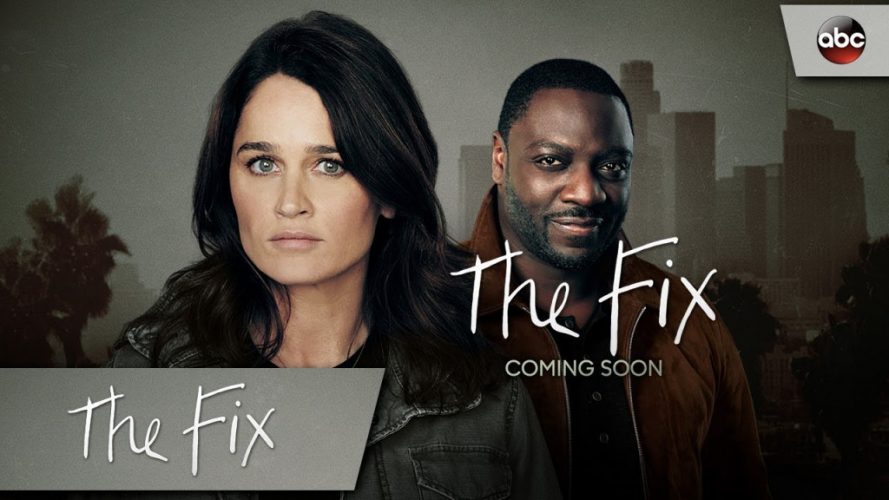 The Fix Cast: Who is in it?

The Fix features an ensemble cast in prominent roles. Robin Tunney portrays the character of the protagonist – Maya Travis. Tunney is already well-known for her roles in leading shows such as Teresa Lisbon on The Mentalist and Veronica Donovan on Prison Break season 1 and 2. Her cult hits include films like Empire Records and The Craft. Tunney has also ventured into action-thriller movies such as End of Days, Supernova, and Vertical Limit. Her other notable films are Cherish, The Secret Lives of Dentists, The In-Laws, Hollywoodland, August, The Burning Plain, Passenger Side, and Looking Glass. Tunney has received several accolades such as Volpi Cup for Best Actress award and Gotham and Independent Spirit nominations.

Adewale Akinnuoye-Agbaje features as Severen aka Sevvy Johnson. This British actor and former fashion model has already made quite a name for himself in the entertainment industry. You will know him from his characters of Simon Adebisi on Oz, Nykwana Wombosi in The Bourne Identity, Kurse in Thor: The Dark World, Killer Croc in Suicide Squad, Mr. Eko on Lost, and Malko in Game of Thrones season 5.

Scott Cohen plays the part of Ezra Wolf. He is an American actor, best known for enacting the characters of Wolf in The 10th Kingdom, Steve Thomas in Perfect Murder, Perfect Town, Max Medina on Gilmore Girls, and Josh in Kissing Jessica Stein.

Adam Rayner plays Andre. Rayner is an English actor who has made appearances in several TV shows such as Mistresses, At Home with the Braithwaites and Making Waves. He played the role of Simon Templar — in a pilot episode of a television series with the same name. He was also cast as the protagonist in the show – Tyrant.

Merrin Dungey stars as CJ Emerson. She is an American actress, mainly recognized for her roles in The King of Queens, Alias, Malcolm in the Middle, and Summerland. She has also made appearances in Once Upon a Time, Conviction, and The Resident.

Breckin Meyer plays the role of Alan Wiest. This American actor has featured in several movies such as Clueless, Road Trip, Rat Race, and Garfield: The Movie — to name a few.

Alex Saxon features as Gabe Johnson. He is well known for enacting the characters of Wyatt in The Fosters and Max in Finding Carter. His other notable appearances are Awkward, Ray Donovan, and The Mentalist.

The Fix Plot: What is it about?

The central plot of the show revolves around Maya Travis (Tunney) — an L.A. district attorney — who faces a blowing defeat when trying to prosecute an A-list actor, accused of double murder. Faced with the aftermath of a derailed career, she retreats to a quieter place in Washington. However, when this same individual falls under suspicion for another murder, Travis returns to the DA’s office, in the hope of justice.

The show is co-written by Marcia Clark — who was the lead prosecutor of the O.J. Simpson murder case.  Clark said that she wrote the script for the first five minutes of the series, by drawing inspiration from the Simpson trial. She further added, “You see an aspect of what I went through but after that, it’s all fiction.”

When asked about her role, Tunney said, “There’s a ton of acting involved in law. There’s the performance in court – that’s why we’re so drawn to it – and, let’s be honest, it’s not telling the truth a lot.”

The Fix Season 2 Release Date: When will it premiere?

The Fix Season 1 premiered on March 18, 2019. As far as the next season goes, we have bad news for the fans. On May 9, 2019, ABC announced the cancellation of the show. Considering the declining viewership of the show, it was expected that ABC may not continue for another season. Though, fans should not lose all their hopes. There’s still a possibility that some other network picks up the show. If that happens, we will update you about The Fix Season 2 release date.

While we wait for any positive news on The Fix Season 2, check out clips of season 1 on ABC’s official site to refresh your memories.