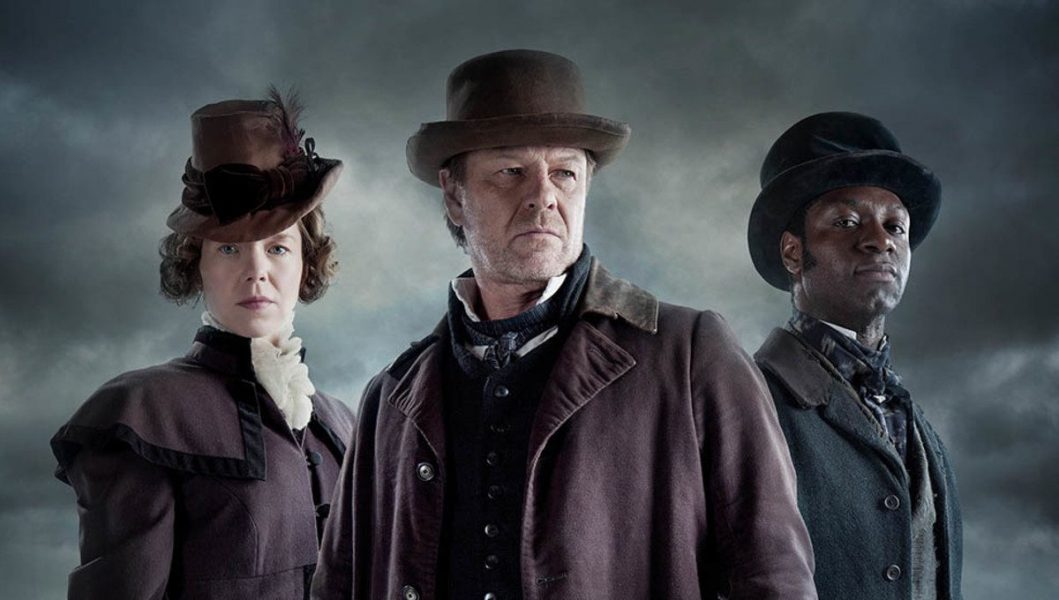 ‘The Frankenstein Chronicles’ is a British crime period drama television series that airs on ITV Encore on the UK and on Netflix in the US. Created by Benjamin Ross and Barry Langford, the show is a re-imagining of the iconic 1818 novel, Frankenstein; or, The Modern Prometheus, by 19th century English novelist Mary Shelley. As far as the plot of the show is concerned, it follows a police officer in England who discovers a corpse made up of body parts from missing children and sets out to find the one responsible for monstrous creation.

‘The Frankenstein Chronicles’ is not a particularly new show, and Season 1, consisting of six episodes, premiered on November 11, 2015, and it immediately received critical acclaim in the UK. Subsequently, A&E acquired rights to the show for broadcast in the US, where the show gained even more fans. Half a year after the premiere of Season 1 of the show, ITV, on June 20, 2016, renewed the show for a six-episode second season. Filming for Season 2 commenced in March 2017, and it premiered a few months later, on November 1, 2017.

Following the premiere of Season 2, Netflix, in December 2017, announced that it had acquired rights to the show for broadcast in the US and other international territories. With nearly two years having elapsed since Season 2 premiered, fans of the show are wondering whether it will return again for another season. Here’s everything we know about it thus far.

The Frankenstein Chronicles Cast: Who is in it?

Apart from these characters, the show features several historical characters. Ryan Sampson steps into the shoes of The Morning Chronicle journalist Boz, who is better known by his real name, Charles Dickens. Tom Ward plays the role of Sir Thomas Peel, who, in actuality, served twice as the Prime Minister of the United Kingdom and twice as the Home Secretary. Anna Maxwell Martin, meanwhile, plays the role of Mary Shelley, the author of the book which serves as source material for the show. ‘The Frankenstein Chronicles’ also features Steven Berkoff as romantic poet William Blake and Lily Lesser as English mathematician Ada Byron.

There are, of course, several other recurring cast members who play minor but often important characters throughout the course of the show. If ‘The Frankenstein Chronicles’ gets renewed for a third season, we expect most of the main cast members to make a comeback and reprise their roles, except for those who have exited the show owing to their story arcs coming to an end.

The Frankenstein Chronicles Plot: What is it about?

‘The Frankenstein Chronicles’ is not exactly an adaptation of Mary Shelley’s novel but rather, it’s a retelling of the Frankenstein legend. The show is based in 19th century London and follows Thames River Police officer John Marlott who gets more than what he signed up for when he chances upon a grotesque corpse that is made up of stitched together body parts of children who went missing. Following this discovery, Marlott, at the behest of Home Secretary Sir Thomas Peel, tries to track down and apprehend the ones responsible for the monstrous crime.

While Sir Thomas feels that the grotesque corpse is the work of a surgeon trying to discredit other surgeons to prevent a law from being passed, Marlott discovers there’s more to the case, and gets drawn into what appears to be a multi-layered conspiracy. Marlott’s investigation then takes him into the complex world of 19th century healthcare politics, and the underlying conflicts between the destitute and the rich. Of course, not everything is as it seems, and Marlott ultimately has to go beyond the call of duty to uncover what actually is going on with the missing kids and stitched up corpses.

Of course, Marlott’s character being played by Sean Bean, Season 1 sees a very Sean Bean-esque ending (we’re trying not to give away spoilers, but you can probably guess). Yet, Marlott returns again in Season 2, and this time, he’s less human and more monster. Deprived of everything he loves and having the added burden of figuring out what exactly he is, Marlott embarks on a quest for revenge to find those responsible for his condition to justice.

If ‘The Frankenstein Chronicles’ gets renewed again for a third season, we can expect some more plot twists, and a thrilling yet grisly journey into 19th century London filled with Frankenstein lore.

As far as reception goes, ‘The Frankenstein Chronicles’ got outstanding reviews in the UK, which prompted A&E to pick up the show for the US in the first place. On review aggregator website Rotten Tomatoes, Season 1 of the show enjoys a good score of 78%, but Season 2, unfortunately, is not rated. Viewers, too, seem to have enjoyed the show to quite an extent, and it has a good overall rating of 7.4/10 on IMDb, based on over 7,200 votes.

The Frankenstein Chronicles Season 3 Release Date: When does it premiere?

Since Season 2 of ‘The Frankenstein Chronicles’ finished airing in the UK on December 6, 2017, no official announcement has been made pertaining to the future of the show. While that does seem bleak if you’re hoping for a renewal, all hope is not lost yet.

Firstly, it should be remembered that Season 1 and Season 2 had a gap of two years between them, so there’s still time for an announcement to be made. Secondly, with Netflix’s entry into the fray and the show being billed as a “Netflix Original”, it’s highly likely that Netflix, or someone at Netflix, sees a future for the show.

That being said, all that’s left for us to do now is wait for Netflix and/or ITV to make an announcement about the show’s future. If ‘The Frankenstein Chronicles’ does get renewed for Season 3, we would expect an announcement to be made soon, and going by the precedents set by earlier seasons, we would expect Season 3 to premiere in November 2019. We are keeping an eye out for announcements on the show’s future, and we’ll update this section when relevant and reliable information surfaces.

While we wait for an announcement on the future of ‘The Frankenstein Chronicles’, here is the trailer for Season 2 to give you a glimpse into the thrilling yet terrifying show and the story thus far.