When Will The Gift Season 2 Premiere? 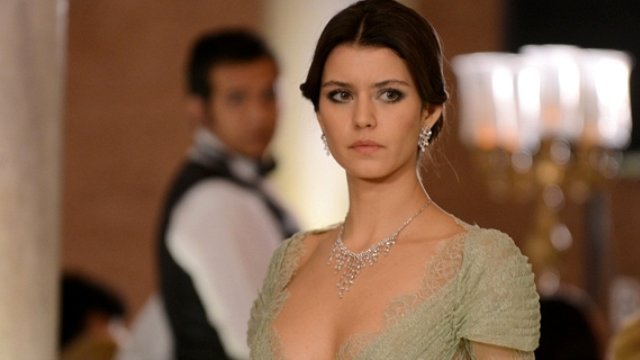 ‘The Gift’ is a supernatural archaeological thriller that streams on Netflix. It is the second original Turkish series on the platform after ‘The Protector’. The show is directed by Ozan Aciktan and Gonenc Uyanik and is a loose adaptation of the novel ‘The Awakening of The World’, originally called ‘Dünyanın Uyanışı’, authored by Şengül Boyba.

‘The Gift’ gives the audience a glimpse of the rich history that Turkey has preserved for so many years. From one of the world’s oldest temples to lost symbols, the series offers us more than the regular supernatural shows. The first season of the show was appreciated by horror fans. Now, the question arises: when will ‘The Gift’ season 2 release? Let’s find out.

‘The Gift’ season 1 premiered on December 27, 2019, on Netflix. All the eight episodes released on the same day. As far as the next season goes, here’s what we know. Since the first season ended on a rather ambiguous note, the chances of a second season were always high. Second, Turkish shows are known to continue for years. Hence, we were not surprised when we learned that ‘The Gift’ has been renewed for its second installment. ‘The Gift’ season 2 will premiere on September 10, 2020.

The Gift Season 2 Cast: Who Can be in it?

Beren Saat plays the lead female protagonist named Atiye, which means ‘gift’ in Turkish. Beren is one of the leading and highest-paid female actresses in Turkey. She made her acting debut in ‘Aşkımızda Ölüm Var’ in 2004. Later, in 2008, she played the role of Bihter in ‘Aşk-ı Memnu’, a romantic drama and rose to international fame. She worked in movies like ‘Güz Sancısı’, ‘Gecenin Kanatları’,’Rhino Season’, ‘Benim Dünyam’ (an adaptation of the Indian movie, ‘Black’) and more. She also starred as the lead role in the series like ‘İntikam’, which is an adaptation of the original series ‘Revenge’.

The show also stars Mehmet Günsür as Erhan, Metin Akdülger as Ozan, Melisa Şenolsun as Cansu, Başak Köklükaya as Serap, Civan Canova as Mustafa, Tim Seyfi as Serdar, Meral Çetinkaya as Zühre, Cezmi Baskın as Öner, Fatih Al as Nazım, Hazal Türesan as Hannah, Sibel Melek as Seher, and Melisa Akman as Anima. Season 2 is expected to see most of the lead cast making their returns.

The Gift Season 2 Plot: What Can it be About?

Atiye is a young beautiful painter in Istanbul. She belongs to a well-to-do family, has a loving boyfriend, and a flourishing career. She is even going to host her first-ever solo exhibit. Everything seems to be going fairly well and like a dream. Until she gets a nightmare that disturbs her to the core. Her meeting with Erhan, a renowned archaeologist, changes everything in her happy stable life.

Erhan discovers some mysterious secrets in one of the most ancient temples on Earth – Gobeklitepe. The secret is in the form of some ancient symbols that he needs to decipher. Atiye, on the other hand, claims that ever since she can remember, she has been making that symbol. Although, she has never seen that symbol anywhere in her life. The ancient symbol lying in the ruin of the temple and Atiye are somehow connected. Her past is related to the mystery that the symbol holds and Atiye is now on a never-ending quest to find it out. Her entire life that seems perfect from the outside turns upside down.

Season 2 will explore the aftermath of season 1’s finale, with Atiye bringing Cansu back and reaching even deeper into the past. In a different present, her mother is in an asylum, and Erhan is engaged to another woman. Cansu is now called Elif. The next season will follow Atiye as she seeks to defeat the evil forces, including Ozan’s father, Serdar while protecting childbearing women.

You can watch the trailer of season 2 here.