Is There a Season 5 of The Glades or is it Cancelled? 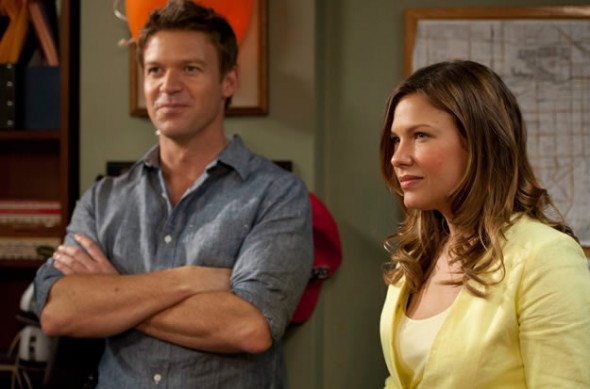 ‘The Glades’ is a police procedural crime drama created by Clifton Campbell. It originally premiered on the A&E network on July 11, 2010, and follows a Chicago-based police detective who shifts to Florida’s Everglades community and takes up office in the Sunshine State. Executive produced by Campbell, alongside Lori-Etta Taub, Lois Johnson, and Gary A. Randall, ‘The Glades’ is one of the highest-rated and most-watched original shows on A&E. After airing its fourth season in 2013, fans still want to know if it will be renewed for a fifth installment. So, the question still remains, will there be a ‘The Glades’ season 5 or has it been cancelled?

The Glades Cast: Who is in it?

Australian actor Matt Passmore stars as the protagonist Jim Longworth in ‘The Glades’. Jim’s captain wrongly accuses him of having illicit relations with his wife and shoots him in the buttocks. After suing his superior, Jim takes a transfer to the fictional Palm Glade city in Florida, hoping to lead a relaxed life, away from the humdrum of Chicago. However, after he arrives, he is aghast with the high crime rates in Southern Florida — which makes his job even more stressful than the one in the Windy City.

Once Jim joins the local bureau of the FDLE, he faces immediate disapproval from his new colleagues because of his cocky, overconfident, and deadpan attitude. But gradually, his expertise in solving murders makes him an invaluable asset for the FDLE. Meanwhile, he falls for a woman named Callie but does not wish to mess up her family by getting too involved in the relationship.

Kiele Sanchez from ‘Lost‘ and ‘Kingdom’ fame, plays Callie Cargill, a 30-something nurse, a student in a medical school, and mom to a teenage boy. Callie is a diligent woman who tries her best to provide a better life for her son. When Jim begins pursuing her relentlessly, she previously gets annoyed but later, starts developing a liking for the adamant cop. Her husband Ray is in prison and Callie finally decides to divorce him after she makes up her mind to be with Jim.

Carlos Gómez plays Dr. Carlos Sanchez, Jim’s confidant, colleague, and closest friend. Sanchez works as a forensic pathologist and spends most of his time in the crime lab. Jim’s obsession with solving cases often lands Carlos in compromising situations when he has to help out his friend by bending the rules. Jordan Wall stars as Daniel Green, Carlos’ young intern and a graduate student at Tampa Tech. Daniel is extremely talented when it comes to science-related things and this skill proves handy while cracking tough cases.

Michelle Hurd plays Colleen Manus, FDLE’s strict and smart director. Colleen does not have much of a liking for Jim and yet supports him because of his extreme talent in quickly solving even the most twisted of crimes. Uriah Shelton stars as Jeff Cargill. Jeff is Callie’s teenage son, who wants his parents (Callie and Ray) to be together again. Although he likes Jim, he is unaware that his mother wishes to divorce his father and is developing a liking for the smart cop.

The Glades Plot: What is it about?

‘The Glades’ introduces us to Jim Longworth, a police detective working in Chicago. His captain suspects him to be sleeping with his wife and ends up shooting him. As a result, Jim demands a huge settlement from the Chicago Police Department and moves to South Florida to take up a position in the Florida Department of Law Enforcement (FDLE). He believes the money would offer him the chance to lead a more extravagant lifestyle, complete with trips to the golf fields and sunbaths by the beach. However, his new locality hides much more complexities than what meets the eye. And Jim ends up getting more involved than he ever was in Chicago.

The Glades Season 5 Release Date: When was it cancelled?

‘The Glades’ season 4 premiered on A&E on May 27, 2013. It ran for 13 episodes and concluded with an hour-long finale on August 26, 2013. The story ends on a major cliffhanger. In the last episode, Jim Longworth is fatally wounded and nobody knows who might have shot him or if he is dead or alive. Unsurprisingly, fans immediately wanted to know about its subsequent renewal.

However, A&E announced soon after, to audiences’ surprise and dismay, that ‘The Glades’ would be axed after its fourth season. Now, the makers did not give any explanation as to why they took the decision. But as of now, ‘The Glades’ season 5 stands cancelled.

Creator Clifton Campbell did mention that “Jim would’ve survived his gunshot wounds in season 5.” He wanted the next season to delve deep into the investigation surrounding Jim’s attempted murder. There would be plenty of plot twists and a lot of suspects — before finally revealing, ‘Who shot Jim Longworth?’. Campbell did not give any definite answers to the killer’s identity as he wanted the next installment to be spoiler-free. Yes, the scope for the story’s continuation is still there, but we have not received any updates on season 5 yet. Though don’t be disheartened because the world of tv is full surprises, and you never if some other network picks up the show and decides to revive it.

You can check out the official trailer for ‘The Glades’ below.