The Good Doctor S03 E13: Everything We Know 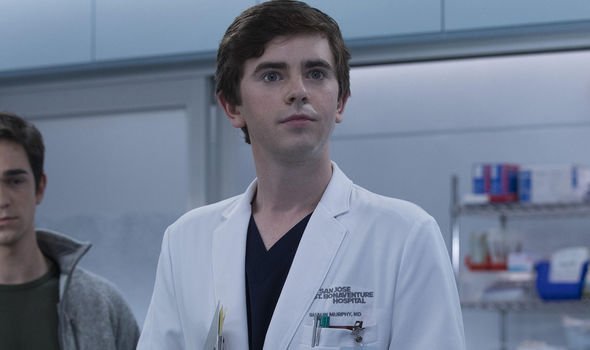 ‘The Good Doctor’ is another medical drama created by David Shore after the success of ‘House M.D.’ However, the ABC show can be considered to be diametrically opposite to ‘House M.D.’ because of the extreme difference in the protagonists’ personalities.

‘The Good Doctor’ focuses on a young surgeon who is on the autism spectrum and suffers from savant syndrome. After a troubled childhood, he shifts to San Jose, California to work at a prestigious hospital where he finds it difficult to get along with his peers.

When is The Good Doctor Season 3 Episode 13 Release Date?

The thirteenth episode of the third season of ‘The Good Doctor’ is scheduled to premiere on January 27, 2020 at 10/9c on ABC. The episode is titled ‘Sex and Death’ and returns one week after the show aired its twelfth episode. The show follows a weekly format with new episodes being released every Monday.

Where to Stream The Good Doctor Season 3 Episode 13 Online?

You can watch the thirteenth episode of the third season of ‘The Good Doctor’ by tuning into ABC on the above-mentioned timeslot. However, with a cable provider’s login, the show can be watched on ABC’s website or app as well.

Moreover, you can also watch the ABC show live if you have a subscription for Direct TV, Hulu With Live TV, Fubo TV, YouTube TV or Sling TV. Other than that, a normal Hulu subscription will allow you to watch the episode sometime after it has finished airing on television. You can also rent/buy individual episodes on Amazon Prime.

You can watch the promo for the thirteenth episode of the third season of ‘The Good Doctor’ below. It effectively highlights the major conflicts of the upcoming episode with twenty seconds of heightened drama.

The twelfth episode of the third season of ‘The Good Doctor’ is titled ‘Mutations’ and began with Shaun having promised Carly that he will not live with Lea. Lea packs her luggage to leave.

Meanwhile, the case of the week involves a runner with Lymphedema, James whose body is not reacting to the medication. Carly is requested to assist in the case by Lim. The next day, Carly stops Shaun when they’re about to have sex. However, before she can explain herself, the two have to rush back to the hospital after a page from Morgan.

Later, Carly tells Shaun that she thought she was ready for them to be back together but had an unexpected physical reaction which she cannot control. James’ health starts to deteriorate despite the options of medications having been narrowed down considerably. Carly has to decide which medicine to finally use and starts to feel pressurized.

She makes a decision and James’ health normalizes. Carly and Shaun finally have sex. On the other hand, Melendez’s team is looking into two cancer-suffering teenagers who are in love in a very ‘The Fault In Our Stars’ kind of manner.  Unfortunately, the girl cannot be saved and dies…