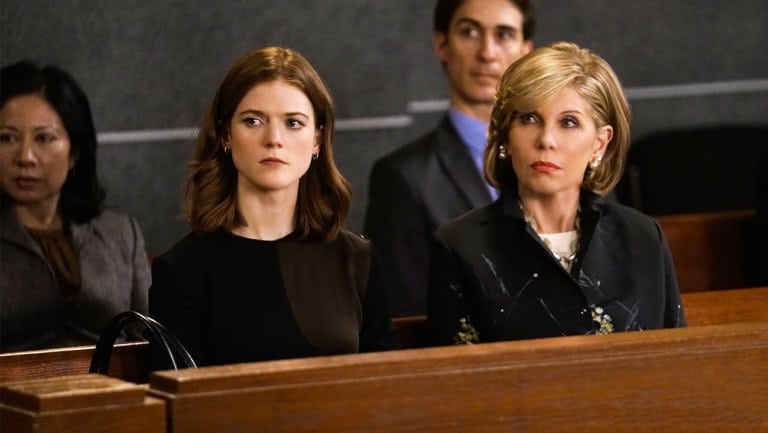 ‘The Good Fight’ is an American legal and political drama web television series whose pilot aired on CBS while the rest of the episodes air on CBS All Access. For those unaware, CBS All Access is the streaming service offered by CBS and this series is the first CBS All Access original. The show premiered on February 19, 2017. It was initially planned for a May 2017 release but was moved up after CBS was forced to postpone the release of the ‘Star Trek: Discovery‘ series due to production delays.

Created by Robert King, Michelle King, and Phil Alden Robinson, ‘The Good Fight’ is a spin-off of the show ‘The Good Wife‘, which is also a legal and political drama created by the Kings for CBS. ‘The Good Fight’ has Scott Free Productions, CBS Television Studios, and King Size Productions as the production companies. The Kings along with Robinson also serve as executive producers, along with noted Hollywood director Ridley Scott, besides, David W. Zucker, Liz Glotzer, Alison Scott, and Brooke Kennedy.

With an intriguing plot, this show keeps us on the edge of our seats. The show basically follows a lawyer, whose life savings are lost after a financial scam and she is forced to start from scratch at a new law firm. Over the seasons, we see her career unfold at this place, as she plays the politics in the new place of employment, forms new relationships and tries to move past the loss and move up in the world again.

The Good Fight Cast: Who is in it?

While we expect to see the main cast return in the upcoming season, we hope to see more exciting supporting and guest cast members who will make the show even more exciting than it already is.

The Good Fight Plot: What is it about?

‘The Good Fight’ follows the story of Diane Lockhart whose entire life savings is wiped out after she becomes implicated in a Ponzi scheme that was hatched by her goddaughter, Maia’s, father. This puts her plans of retirement on hold, but she loses her job at her old firm. Maia, her mentee, also gets fired. After being forced out of Lockhart, Deckler, Gussman, Lee, Lyman, Gilbert-Lurie, Kagan, Tannebaum, & Associates, they join Lucca Quinn at Reddick, Boseman, & Kolstad, a prestigious African-American firm that is famous for making waves by taking on police brutality cases.

Since ‘The Good Fight’ is a spin-off of ‘The Good Wife’, knowing the show might provide context into the series, although it is not absolutely required. Anyhow, the events of this show are set a year after the finale of ‘The Good Wife’. This show focused on Alicia Florrick, who was forced to return as a litigator to provide for her family, after her husband, the former Cook County, Illinois State’s Attorney, had been imprisoned following a sex and political scandal. Some of the characters introduced in this show, went on to become the protagonists in ‘The Good Fight’.

Coming to ‘The Good Fight’ itself, it exceeds the mere scope of a legal drama and becomes a political and social commentary as well. The very series begins with Lockhart contemplating retirement when Donald Trump has his inauguration ceremony as the President of the United States. However, since circumstances force her hand into remaining in legal practice, the show goes on to explore several other themes including alt right movements, the Me Too movement, fake news, and online harassment. Lockhart, who is shown to be a staunch Democrat, must navigate her way through Trump era politics while attempting to make her way up the ladder.

The show is an eye-opener about how the new government and its policies have seen a shift towards conservatism, and the effect this paradigm shift has on the legal system. It is in this situation that Lockhart must shine, while Maia must ensure that her career as a lawyer takes off at the new firm, having recently cleared her bar exam. However, she is constantly hounded by the FBI due to her father’s Ponzi scheme and must bear the weight of his crimes, every time she attempts to make a place for herself within the local judicial system.

Hopefully, the upcoming season will continue in a similar way and we will see Maia moving ahead in the world, while her mentor, Lockhart continues gathering more laurels while maintaining a steady relationship with Colin Morello, a US attorney, and a frequent opposing counsel.

The Good Fight Season 4 Release Date: When will it premiere?

‘The Good Fight’ Season 3 premiered on March 14, 2019. As far as the next season is concerned, we have good news for the fans. On April 23, 2019, CBS renewed the show for a fourth season. Based on the patterns of previous seasons, our best guess is that The Good Fight Season 4 will release sometime in March, 2020. We will update this section as we learn more.

While we wait for an update on season 4, check out the season 3 trailer below to refresh your memories.  If you haven’t seen the show yet head over to CBS All Access to catch all the episodes of the previous seasons.