The Worst Witch Season 5: Everything We Know 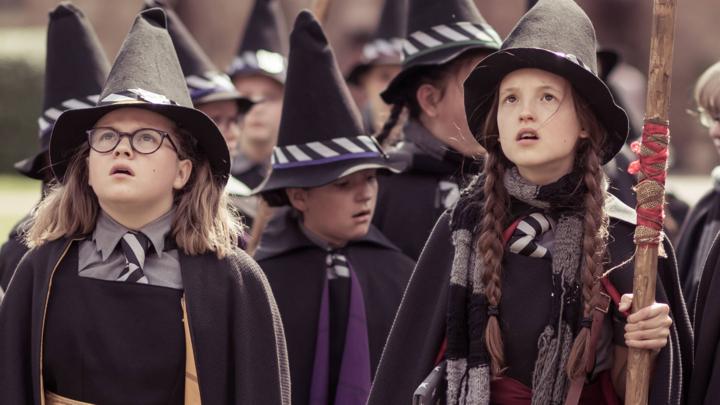 ‘The Worst Witch’ is a British television fantasy series that chronicles the multiple adventures of a group of young witches at a magic institute called Miss Cackle’s Academy for Witches. Based on the eponymous books by Jill Murphy, the series’ central protagonist is Mildred Hubble, a girl from a normal, non-magical family. Faced with tough competition, she struggles to not become the worst witch!

The series airs on Netflix and it is the third adaptation of ‘The Worst Witch’ franchise, following the 1986 television film and the 1998 tv show. Since its premiere, ‘The Worst Witch’ has progressed to become one of the most-watched shows on the streamer. Just like the original books, it is a beloved title, both among kids and adults. As a result, it has spanned four remarkable seasons to date. And here is everything we know about its fifth edition.

‘The Worst Witch’ season 4 premiered on October 1, 2020, on Netflix. It consisted of 13 episodes. Prior to its global release, it aired on CBBC from January 27, 2020, to April 20, 2020. Now, as far as a fifth season goes, here’s what we know. At Cackle’s, young witches enroll at the age of 11-12 years and finish by 16-17 years. In short, each student spends around five years in the academy. In season 4, the character named Maud specifies that next year will be graduation year. Therefore, we expect to see at least one more season from the series.

Now, if CBBC decides to commission another outing, we should note that the show has faithfully returned to its January slot every year in the UK. If COVID-19 does not pause the production for the new season, we can expect ‘The Worst Witch’ season 5 to premiere sometime in early 2021 on CBBC, followed by its Netflix release in Fall 2021.

The Worst Witch Season 5 Cast: Who Can be in it?

New additions in season 4 are Luciana Akpobaro as Adura, Billie Boullet as Fenella, Karen Paullada as Arabella, and Nitin Gantra as Mr. Daisy. Season 5 is expected to see most of the lead cast making a return.

The Worst Witch Season 5 Plot: What Can it be About?

Season 5 is expected to pick up right after the conclusion of season 4. In the fourth season’s finale, we see Mildred and Maud, teaming up with Ethel to revive Miss Cackle. Agatha banishes herself and Mildred discovers that Izzy Jones is her sister and Spike is her father. Mildred and Ethel sort out their differences and Mildred is made the Head Girl. A grateful Mildred marvels about how long she has come since she first joined Cackle’s Academy. Season 5 will continue to trace the journey of Mildred and her friends as they prepare to complete their last year in school.