Will There be a The Governor Season 2? 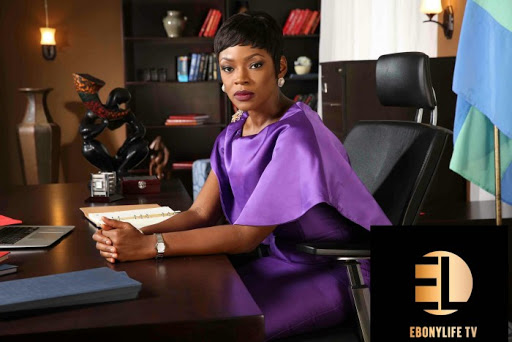 ‘The Governor’ is a Nigerian tv series that follows the journey of Savannah State’s Deputy Governor, Angela Ochello. When the incumbent Governor meets with his untimely demise, Angela, who in the first place never wanted to enter politics, finds herself entangled in a twisted web of political intrigue. She seeks the guidance of her trusted Chief of Staff and slowly learns to navigate the dangerous world of politics — while balancing her family duties. The series released in Nigeria way back in 2016, after which it was made available in the US on Netflix. And here’s everything we know about its next outing.

‘The Governor’ season 1 released on July 1, 2020, on Netflix. It consisted of 13 episodes. Prior to its US release, season 1 of ‘The Governor’ premiered on July 7, 2016, on Ebony Life TV in Nigeria. If you see, it has almost been four years since the show’s inaugural installment concluded in its home country. And until now, there’s no word on a renewal. Moreover, if you have watched the series, you would know that season 1 is close-ended. Therefore, most likely, ‘The Governor’ season 2 is canceled. However, if the creators see a considerable jump in numbers, following its Netflix premiere (which offers a much larger audience base), we can, maybe, receive a new outing. In the rare scenario that this happens, ‘The Governor’ season 2 should release sometime in 2022.

The Governor Cast: Who is in it?

Caroline Chikezie stars as the protagonist Angela Ochello. The actress and producer is known for her roles in ‘Æon Flux’, ‘Eragon’, and ‘The Sweeney’. ‘October 1’, ‘Tango with Me’, and ‘The Kingmaker’ alum Bimbo Manuel plays the role of David Ochello. Taiwo Obileye essays the role of Chief Momoh – Alli, Angela’s influential father. Alli is a party-state chairman. Veteran actor Taiwo Obileye is additionally a media consultant, voice trainer, script editor, and proofreader. Joining the trio in other pivotal roles are Samuel Abiola Robinson as Toju Ochello, Edmond Enaibe as Friday Bello, Lord Frank as Henry, Ani Iyoho as Musa, Kachi Nnochiri as Ahmed Jalo, and Kelechi Udegbe as Paul.

The Governor Plot: What is it About?

When the Governor of Savannah State is hospitalized after an accident and goes into a coma, Angela Ochello, the Deputy Governor is asked by the Chief of Staff to focus more on her responsibilities. However, when the Governor dies, she is sworn in as his successor. Angela and her family move into the government house and attempt to adjust to its strict protocols. Meanwhile, Angela sets off to prove that she is fit for the new role. With a clear head and strategic moves, the strong woman is able to make important changes in the cabinet. She additionally gets a first-hand glimpse of the prevailing corruption in politics. There are scams, strikes, and schemes to oust her from her seat. Toward the end, we see Angela reaching the end of her tenure and preparing to leave her new, sprawling home with the rest of the fam in tow.