When Does The Graham Norton Show Season 26 Start on BBC? 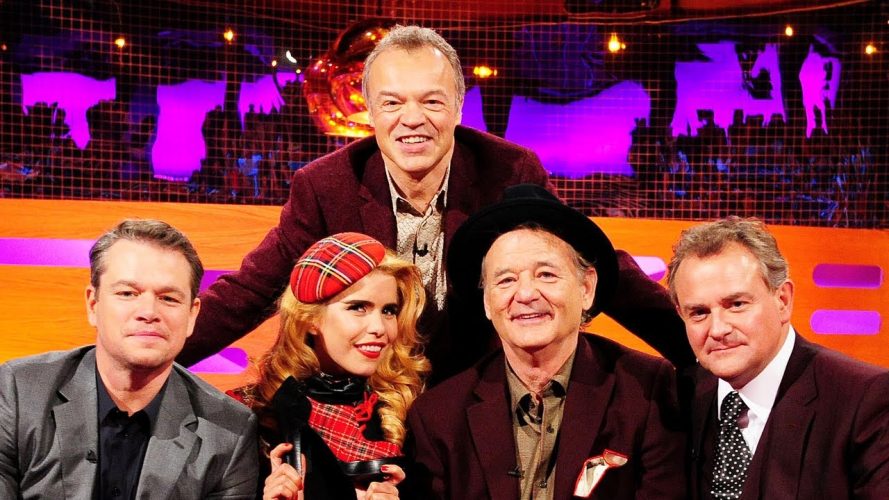 The largest money-maker in television in the current century is invariably mainstream reality TV – but this had not been the case forever, if for a long time. Unscripted television with the concept of reality TV only really gained a significant foothold in the early 80s – perhaps late 70s if we stretch it. But the large-budget unscripted television productions before these were ingrained within the talk shows.

Talk shows, on the contrary, have been there since the inception of the medium, and it was seen as a more up-close and relaxing rendition of the standard news media, the host often familiarizing himself to the audience with a chatty mode (which is why it is also called a chat show) – the longest-running talk show has been NBC’s Tonight Show, which will have completed its 62nd year of showtime in 2018. With time, these have become much more liquid, and it is customary to see a major network have several talk shows at different days of the week – BBC, for example, has well over 30 talk shows including breakfast and tabloid talk shows and the primetime evening talk shows, like Friday’s The Graham Norton Show.

The Graham Norton show debuted in 2007 and remains one of the more well-known talk-shows from BBC One (BBC Two previously), and already has had 25 seasons under its belt. Here’s everything we know about The Graham Norton Show Season 26.

The Graham Norton Show Cast: Who’s in it?

The central figure of any talk show is the host – and likewise, the titular Graham Norton is the man at the heart of The Graham Norton Show. A comedian, author, actor, and radio host, Norton was a household name even before he took the wheel of his own talk show – he was elected as the eighth most influential person to the British in a 2004 poll. Hailed as ‘21st century’s answers to Terry Wogan’, Norton is notoriously famous for his flamboyant get-up and innuendo-laden delivery – a formula which has earned him five of his eight BAFTA Awards (five of these are on The Graham Norton Talk Show). It is an obvious give away that the star will again host the 25th season – but there is more to the cast.

The show regularly invites high-profile celebrities, usually actors and musicians. However, who will feature in the next season is difficult to tell yet because there has been no social media traffic, nor any disclosure from BBC One about it.

What is The Graham Norton Show About?

The Graham Norton Show follows mostly the usual formula of a comedy talk show, complete with the occasional comedy skit, a major topic to discuss, as well as a couple of celebrity figures each episode. For example, in season 26, guests like Dame Helen Mirren, Jack Whitehall, Simon Reeve, RuPaul, Renée Zellweger, Sir Lenny Henry, Louis Theroux and Andrew Ridgeley are expected to feature.

The Graham Norton Show Release Date: When will it premiere?

Having borne the heavy mantle of succeeding Friday Night With Jonathan Ross on BBC One, The Graham Norton show has become a mainstay for the network, and we should see much more of the show before the network considers a substitute – at least not as long as Norton is present in the television hosting scene. The show’s success means that it will continue for several more years.

There are trailers or teasers released for season 26 (usually these do not even have elaborate trailers save for a half-minute promo video run weeks before the premiere). For now, you can watch a promo from BBC One on the 24th and last season, featuring stars like John Krasinski, Ryan Gosling, and Ryan Reynolds here. For more clips from the show head over to show’s official website.