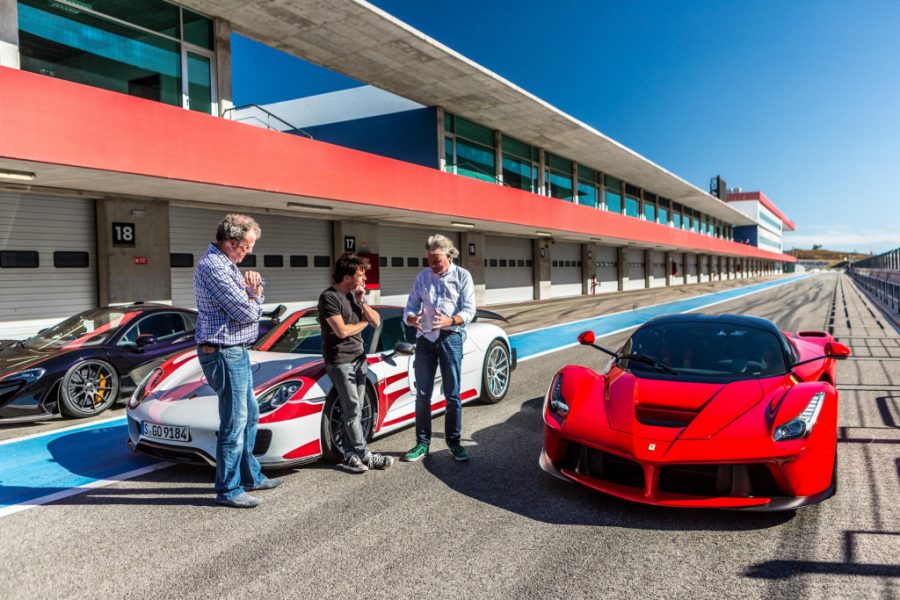 If you are a car lover and have a passion for anything car-related, you will surely have heard about the long-running BBC show, ‘Top Gear’, which is still running. However, former ‘Top Gear’ hosts, British car experts Jeremy Clarkson, Richard Hammond, and James May, had a falling out with BBC, and went on to release their own car show, ‘The Grand Tour’.

After hosting ‘Top Gear’ jointly for 12 long years, Clarkson was dismissed by BBC as a result of disciplinary action, and Hammond and May quit ‘Top Gear’ following Clarkson’s dismissal. As soon as they left, the trio were approached by Amazon Prime Video, and given the opportunity to make their own show. The brainchild of the trio was ‘The Grand Tour’, which first aired on Amazon Prime Video on November 18, 2016.

Although Amazon’s initial deal with Clarkson and co involved the production of 36 episodes over three years, ‘The Grand Tour’ was renewed on 13 December, 2018 for a fourth season. However, Amazon also announced that the show would be undergoing some major changes for Season 4. Here’s what we know about it.

The Grand Tour Cast: Who is in it?

Like they were the fuel that kept ‘Top Gear’ running, Clarkson, Hammond, and May have been at the center of the ‘The Grand Tour’, and has enthralled the audience with their expertise on vehicles, commentary, and wry humor. They will again make a return for Season 4. Apart from the hosts, ‘The Grand Tour’ has also seen several guest stars make appearances, and it is likely that a similar format will be followed in Season 4.

The Grand Tour Plot: What is it about?

In terms of presentation, ‘The Grand Tour’ follows a similar format to ‘Top Gear’. Regular episodes of the show involves Clarkson, Hammond, and May engage in activities like motoring challenges, special races, building vehicles, and buying cheap cars and testing out which is the best. Car reviews also form a significant part of the show, as far as regular episodes are concerned. These activities and reviews consist of pre-recorded films and live-audience segments which are presented by the trio from a studio.

Regular episodes apart, ‘The Grand Tour’ also has epic special episodes which see Clarkson, Hammond, and May travel to locations across the world, and drive around in one or several vehicles. For instance, in Season 3, Clarkson and co. had special episodes centered on Colombia, Mongolia, and Nevada.

Commenting on their adventures in Mongolia, Clarkson recently said, “In Mongolia we drove for six days using nothing but the compass and we didn’t see any evidence that Man had ever existed – not a person, a jet trail, a wall, nothing. All of Mongolia is covered in what looks like grass, but it’s actually rosemary, sage and thyme. As you drive, the smell is heavenly. The producers packed everything we would need for a week, without including any alcohol…”

It is understood that Season 4 of ‘The Grand Tour’ will mark a paradigm shift, focusing primarily on the “specials” which involve gruelling world tours in great cars.

In terms of reception, Season 1 of ‘The Grand Tour’ made a splash with the critics, but Seasons 2 and 3 could not live up to the standards – the show enjoys and overall score of 66% on Rotten Tomatoes, with Seasons 1, 2, and 3 having scores of 90%, 50%, and 60%, respectively. Audiences, however, seem to have loved every bit of the show, considering that it has an impressive rating of 8.7/10 on IMDb, after over 51,000 votes.

The Grand Tour Season 4 Release Date: When is it coming?

When Amazon, in December 2018, announced that Clarkson and co. would be making a comeback in Season 4, it also had interesting things to add about the season. As reported by The Guardian, Season 4 will differ in format from Seasons 1, 2, and 3, and will see the trio “ditch the [studio] tent and take on big adventure road trips that fans around the world love”. It is understood that Season 4 episodes will be released in a staggered specials format.

Further, while making the announcement for Season 4, Amazon also announced that it would be pursuing individual shows with Clarkson, Hammond, and May, with a focus on their particular interests. However, to assuage the fears of fans about the trio splitting up, Amazon added that Prime Video would “continue to be the home for Jeremy, Richard and James”.

However, as of now, we cannot say for certain when Season 4 will hit viewers’ screens, considering the change in format and the challenges of filming in different, often exotic locations across the world. That said, considering that Seasons 1, 2, and 3 aired in 2016, 2017, and 2019, respectively, we expect that Season 4 will not be release before 2020. We will update this section with news about the production and release dates of Season 4, as and when concrete information about the same surfaces. So, do stay tuned.