The Grand Tour Season 4 Episode 2: Everything We Know 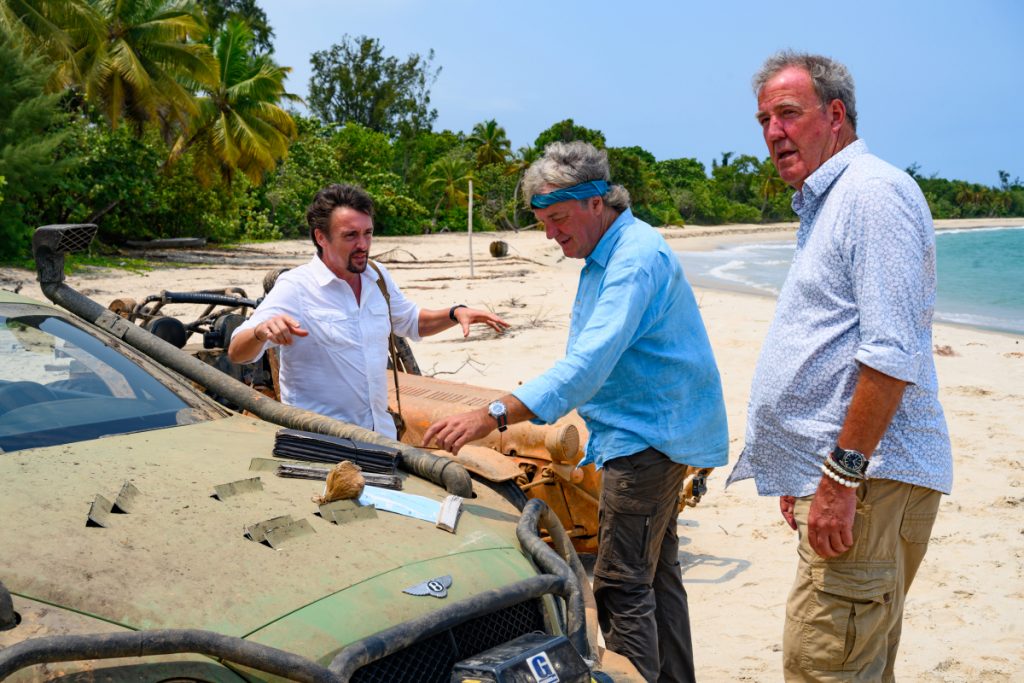 ‘The Grand Tour’ is presented by Jeremy Clarkson, Richard Hammond, and James May, who are also the creators of this automobile-centric British series, along with Andy Wilman. The show premiered on November 18, 2016, on the streaming platform Amazon Prime Video. Clarkson, Hammond, and May experience different parts of the world through motoring adventures of all kinds. Significant changes are seen in the fourth season, which premiered on December 13, 2019.

The show’s creators decided that season 4 will only comprise feature-length episodes, which also means doing away with the studio and audience segments. The show has been very popular among the viewers, right from the beginning, and has also received positive responses from the critics. After getting a taste of season 4 through the first episode, fans are eager to see what episode 2 has in store. Here is what we know!

‘The Grand Tour’ season 4 episode 2 is set to release on December 18, 2020 at Midnight ET on Amazon Prime Video.

Where to Stream The Grand Tour Season 4 Episode 2 Online?

‘The Grand Tour Presents: A Massive Hunt’ will release exclusively on Amazon Prime Video. Since the series is produced exclusively for Amazon, your only way to watch the upcoming episode is on the official website of Prime Video or the Prime Video App.

The fourth season takes the viewers through Clarkson, Hammond, and May’s personal adventures as they complete challenges and tasks using their choice of vehicles. Episode 2 of season 4, also called ‘The Grand Tour Presents: A Massive Hunt,’ will take the trio to the Island of Reunion, east of Madagascar. Fans will see the trio modifying their cars using tank treads to enable them to navigate any terrain as they look for “pirate treasure.”

We can expect to see Clarkson, Hammond, and May racing on the coastal highway called the La Nouvelle Route du Littoral, which translates to New Coastal Road in French. It is not as easy as it sounds since tank treads have their limitations. The episode will also continue to showcase the stunts and shenanigans of the presenters.

Check out the trailer for the episode below!

‘Seamen’ is the first episode of season 4 and is an unusual start to the season, considering the choice of vehicle is the boat. The episode sees the trio use waterways, including the Mekong River, to reach their destination. Their task is to travel from Siem Reap in Cambodia to Vung Rau in Vietnam, using only the waterways.

As each of them chooses a unique boat for travel, they are faced with many unforeseen challenges such as shallow waters, dry river beds, uncomfortable night stays, and finally ending up where a riverboat shouldn’t- the sea. After a genuinely thrilling boat ride on the choppy seas, the three of them and the camera crew safely make it to the shore.